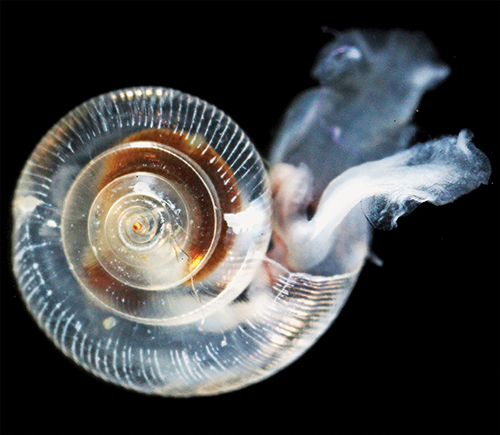 The Butterflies of the Sea are Disappearing 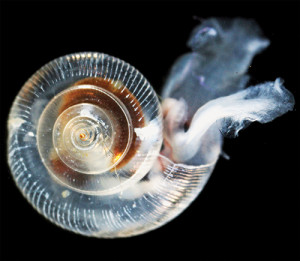 There is an immediate threat to our oceans, and researchers from the National Oceanic and Atmospheric Administration have published micrograph images to try and demonstrate the urgency. Pteropods, small floating sea snails, are dissolving, providing a great indicator of the ocean acidification disaster looming ahead.

This is a healthy pteropod, known as the butterfly of the ocean. They are abundant in the ocean from Monterey to Antarctica and play an important role in the ocean food chain. The species pteropod Limacina helicina are also California coho salmon’s favorite ocean food.

Here is a series of images of pteropod shells left in solutions with a PH 7.7 mimicking future ocean conditions, if our current level of carbon emissions go unchecked. Within 45 days the shell is completely dissolved.

In preindustrial times, oceans had a Ph of 8.3. Today, oceans currently measure a Ph of 8.1. This process of the ocean absorbing carbon dioxide from the atmosphere and changing chemistry is known by scientists as Ocean Acidification. It may not seem like a lot, but scientists already see evidence of negative impacts on the shell structures of pteropods in current conditions.

Here is a healthy pteropod followed by one with obvious signs of damage to the shell surface. 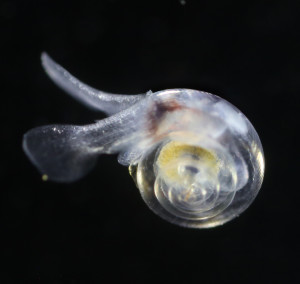 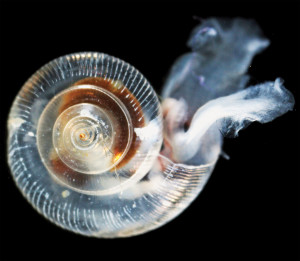 Pteropods are translucent and begin to turn opaque as their shells are damaged. It can almost seem backwards, like the translucent shell would be thinner or weaker. You first have to think about why an animal would have adapted over millions of years to be translucent: They become more visible to predators. But this problem goes way beyond their vulnerability to predators.

Here is a micrograph image of a standard healthy pteropod shell. 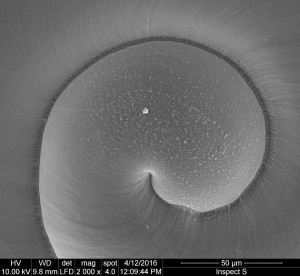 Here is a micrograph image of a pteropod shell found in Monterey Bay in current ocean conditions. 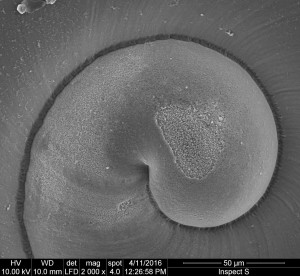 Here is a close up image of the surface of the healthy shell. 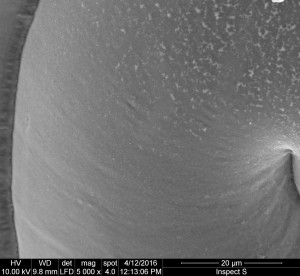 Here are close up images of the shell surface and impacts from dissolution. 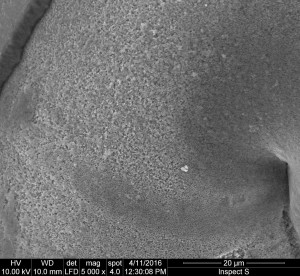 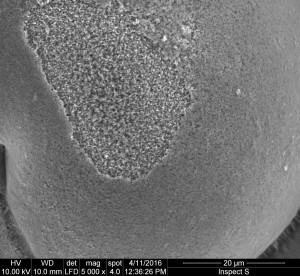 Beyond being the main food for our local coho salmon, pteropods are a critical food source for ice fish. Ice fish are at the bottom of the arctic food chain and essential to animal life in the most rugged and remote areas of the world. Ice fish are essential to the arctic food chain as the main prey of penguins and seals. All of these issues are compounded in the arctic winter environment due to ice freezing over during winter, sealing increasing amounts of carbon dioxide.

While this is a dire call for emergency action to protect our oceans, there are many different ways you can help. Lowering your individual carbon footprint is a great start, but reforesting our planet is very high-impact action we can take to reduce atmospheric carbon and protect against ocean acidification.

Redwood forests are able to sequester, or store, more carbon than any other forest on the planet! Unfortunately, only 5% of the historic redwood range remains. Join our efforts to restore these iconic forests, and create a local carbon sink, which will amplify our efforts to protect the beautiful butterflies of the sea.

Educators interested in teaching students about this growing threat to our oceans, can email Catie@tirn.net to learn more.

We want to thank  the NOAA Ocean Acidification Program and the SOARCE webinar series for all of the information and photographs in this post.