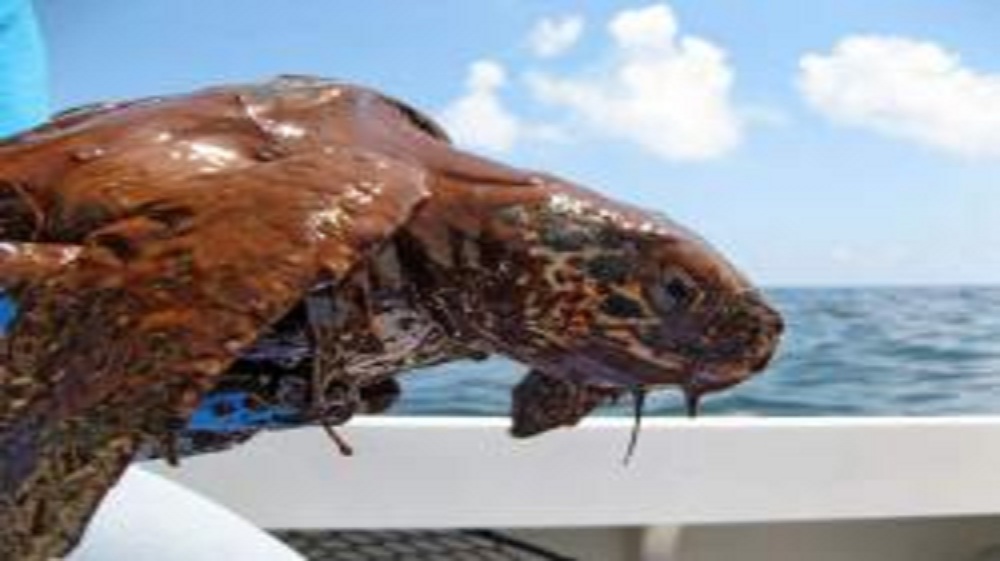 San Francsico, CA—Kurt Mix, a former BP engineer, faces felony charges of destroying over 200 text messages related to oil giant’s Deepwater Horizon blowout that pumped an estimated quarter-billion gallons of oil into the Gulf of Mexico. The messages, recovered by Federal authorities, conclude that the ecological disaster was exponentially worse than BP publicly admitted at the time.

“At one level, it is utterly shocking that it took two years for these charges to be filed, and then only against a low-grade employee,” said Todd Steiner, Executive Director of SeaTurtles.org. “At another level, it is no surprise that the government-business partnership for oil exploitation is shifting focus from those truly responsible to a sacrificial lamb who had nothing to do with pumping hundreds of millions of gallons of poison into a delicate marine ecosystem.”

SeaTurtles.org, a marine wildlife conservation organization, led efforts to increase the rescuing of oil-soaked sea turtles, birds and other animals in the immediate wake of the Deepwater Horizon catastrophe. The organization continues to advocate for tighter controls on the oil extraction industry, and for enforcement of laws already on the books.

While Mix faces two counts of intentionally destroying evidence requested by authorities, no charges have ever been brought against BP or its partners in the project, Transocean and Halliburton. However, some of the information contained in the recovered text messages reveals the true scope of the disaster, and indicates that BP officials knew that the spill rates were massively higher than the company was claiming at the time.

According to the Federal affidavit in the case, Mix estimated that the blowout could be spewing anywhere from 64,000 barrels a day to 138,000 barrels a day. Meanwhile, BP was publicly low-balling the flow-rate, claiming only 5,000 barrels per day. The National Oceanic and Atmospheric Administration ultimately concluded that the actual amount was more than ten times greater than the BP estimate, a staggering 59,200 barrels per day for three months—making it by far and away the worst oil spill in U.S. history.

“We hope that Mix’s indictment is the key that opens the Pandora’s Box of criminal activity by BP and its associates,” Steiner said. “Critically endangered sea turtles are still dying in the Gulf of Mexico. Currently, over 250 have washing up dead so far this year alone, meaning thousands have died at sea unobserved. These animals are under assault from a number of human activities–they are drowning in shrimp nets; they are having there nesting beaches overrun. And with little being done to clean up the massive plume of dirty oil still washing around in the Gulf, even there open-water foraging grounds are potential death zones ”