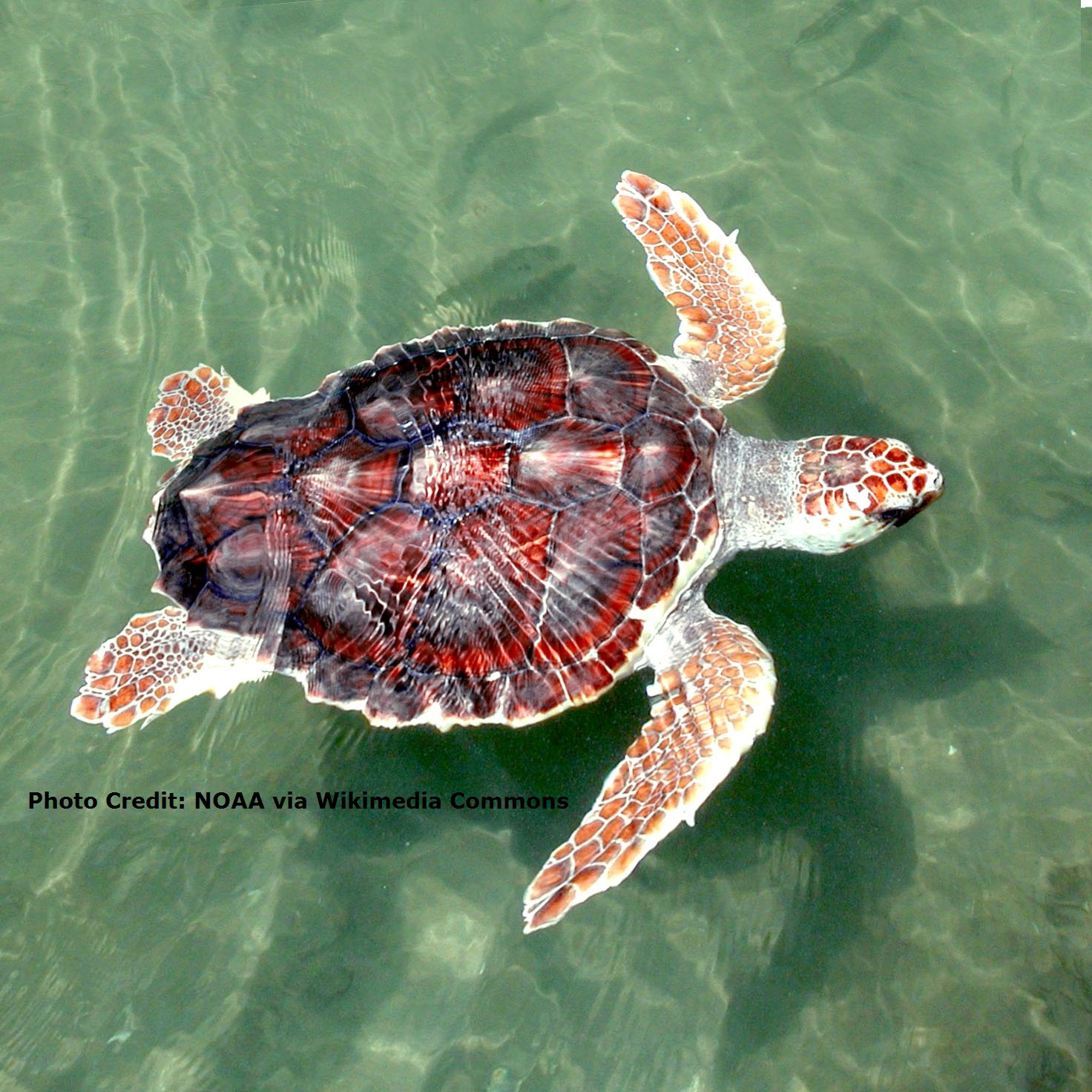 Loggerhead sea turtles (Caretta caretta) get their name from their enormous heads (1,3). Their bodies are similarly large, earning them the title of the largest hard-shelled sea turtle. This red-brown species typically grows up to 3.5 feet long and can weigh from 400 pounds to as much as 1,000 pounds (1).

Loggerheads are listed as ‘Threatened’ under the U.S. Endangered Species Act (ESA). Due to  commercial fishing and other activities, their populations are quickly dwindling towards endangerment (1,2,4). 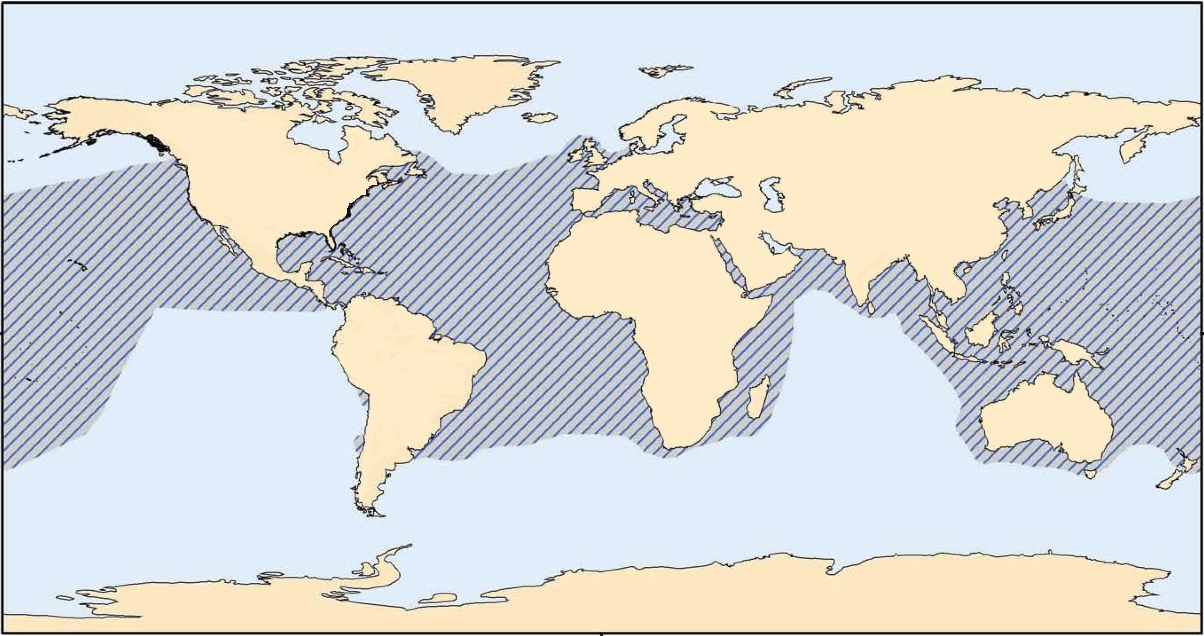 Female loggerheads produce and bury an average of 100 eggs each nesting season (1,5). They prefer subtropical and temperate waters in the Mediterranean Sea and Indian, Pacific, and Atlantic Oceans. In the U.S., loggerheads nest on beaches from Texas to New Jersey in summer and early fall (2,3). To protect their eggs during incubation, nesting females dig large holes with a side chamber, where the eggs are laid and then buried (1). 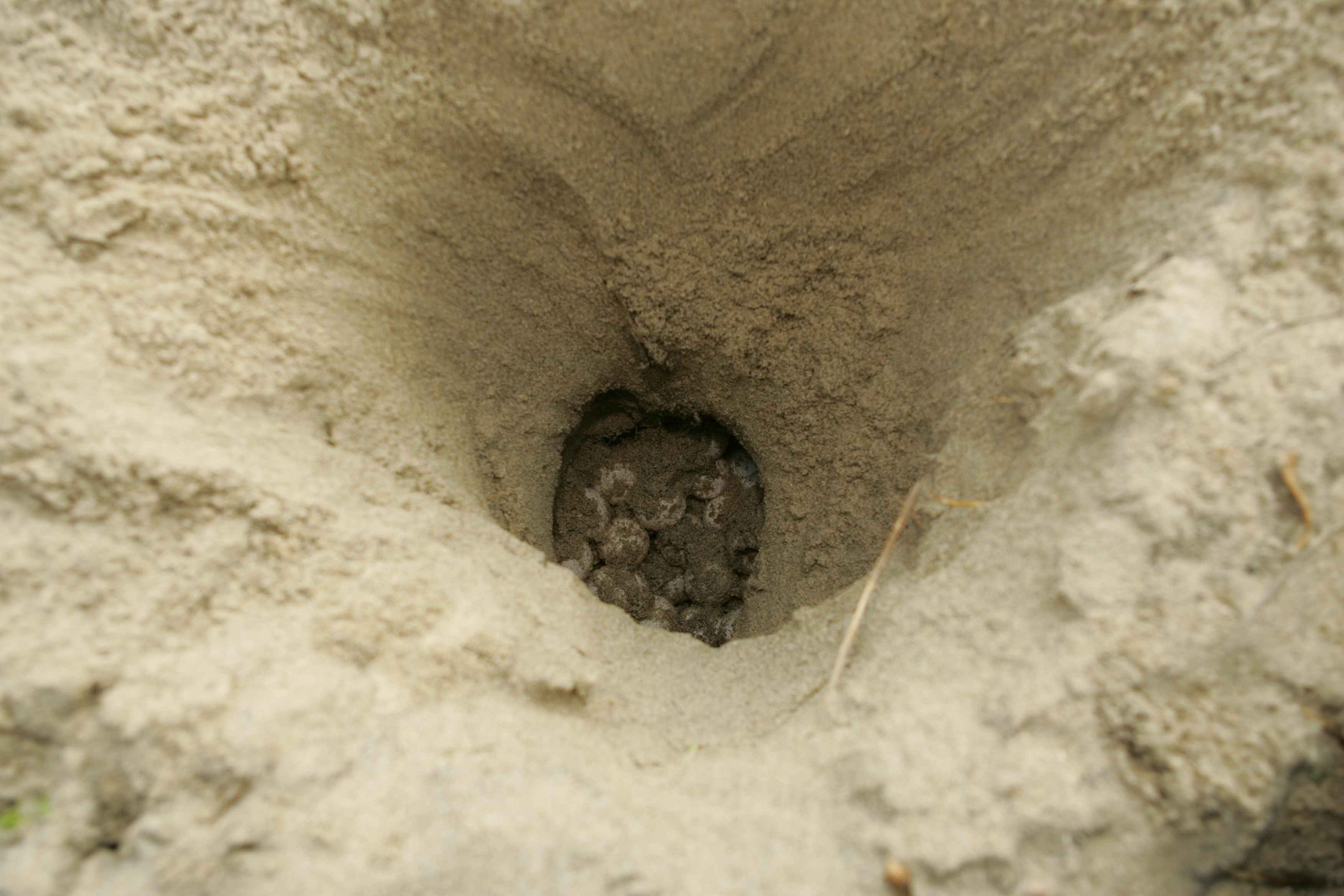 Loggerheads dig a huge holes with chambers in which to lay their eggs. Photo Credit: Hillebrand Steve, USFWS

During their two months of incubation, surrounding temperatures determine whether a hatchling will emerge a male or a female – warmer temperatures yield female hatchlings, while cooler temperatures yield males (1,5). Once the hatchlings emerge, they follow the moonlight out to the ocean where they grow to adulthood feeding on both hard-shelled and soft-bodied prey. When female loggerheads reach 20 years old, they return to the beaches on which they were lain and begin the cycle anew (1). 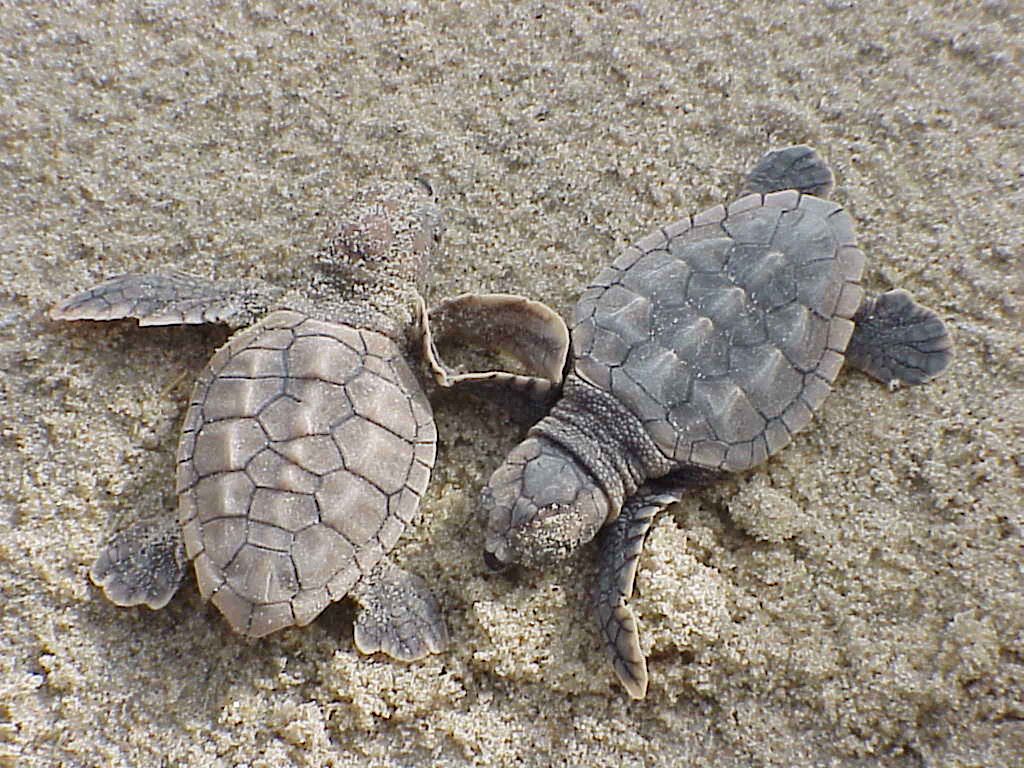 Loggerhead sea turtles are classified as a ‘Vulnerable’ species by the IUCN and listed as ‘Threatened’ by the EPA (1,2,4). Their populations are in continual decline (4).

Incidental catch by industrial fishing operations is the primary cause of loggerhead decline worldwide. In the case of commercial shrimping, vessels targeting shrimp use large trawl nets that indiscriminately scoop up everything in their path. This inadvertently kills and endangers sea turtles and other marine animals. In the U.S., shrimp fishermen must use Turtle Excluder Devices (TEDs) on their nets. These devices allow sea turtles to escape through a hatch in their nets. This has reduced the threat caused by commercial fisheries, but not eliminated it (1,4).

Another factor contributing to the loggerheads continual decline is the loss and destruction of nesting beaches. As human development encroaches further and further onto beaches and sea levels rise, the space left for loggerheads is slowly squeezed out (1,3,4,5). The habitat that is left is subject to heavy predation, by humans, natural predators, and introduced species. In some cases, raccoons have been known to destroy more than 95 percent of nests on a single beach (3). 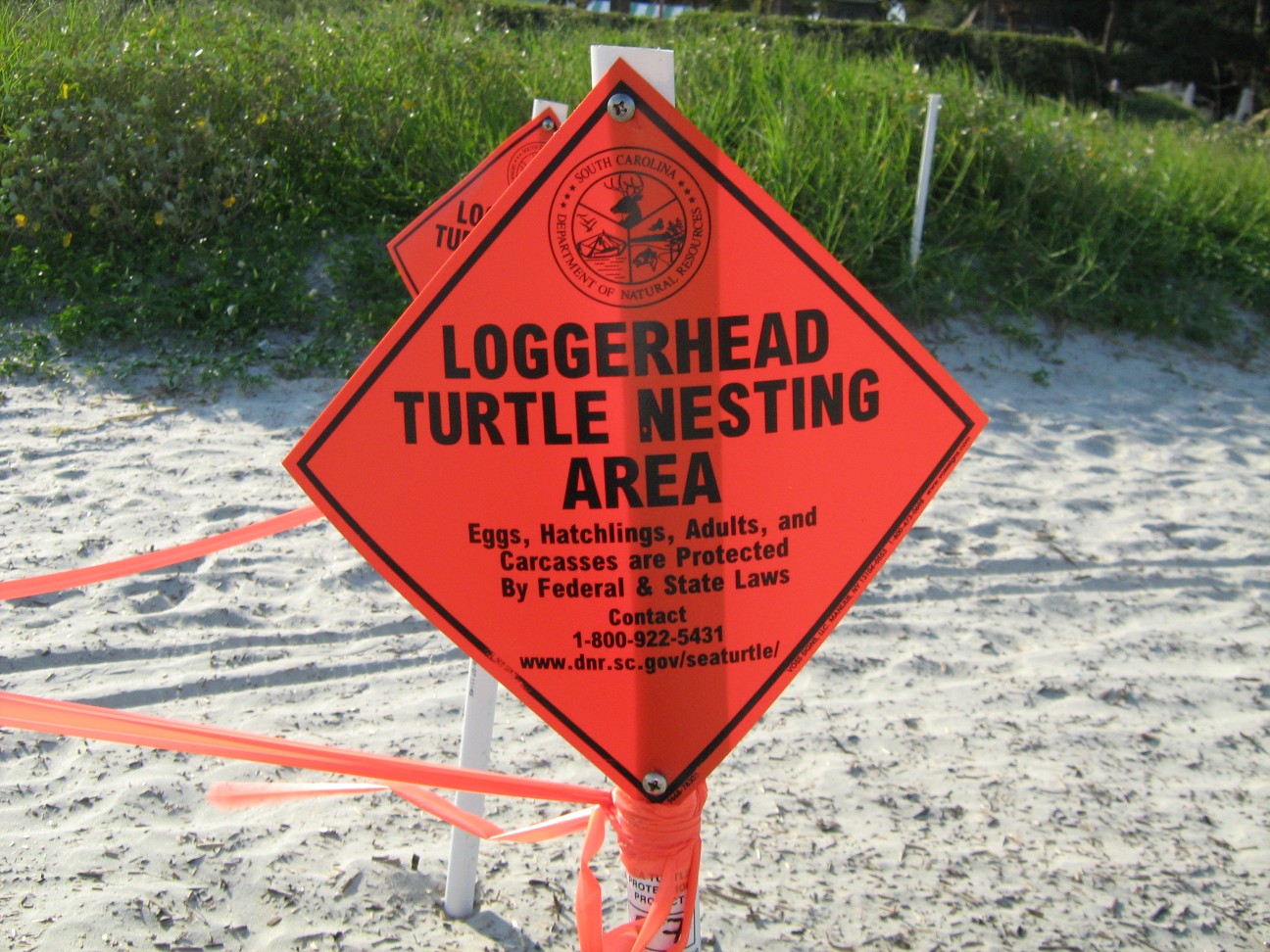 Eggs that are fortunate enough to escape predation hatch, and face a host of new dangers. Light emitted from city glow, street lamps, and other exterior lighting disorients hatchlings that mistake it for the moonlit ocean. Disoriented, many loggerhead hatchlings head straight for the road (2,4).

Hatchlings that make it to the ocean are forced to seek shelter from natural predators in pollutant-accumulating aquatic vegetation (5). Pollution will remain a threat throughout a loggerhead’s lifetime, as items such as balloons, plastics, and monofilament fishing line catch in their digestive system. Larger boating and fishing gear entanglement and boat strikes also pose serious threats to loggerhead sea turtles (1).

Find out what you can do to protect loggerhead sea turtles and other marine animals by visiting the Action Center or reading about How You Can Help.