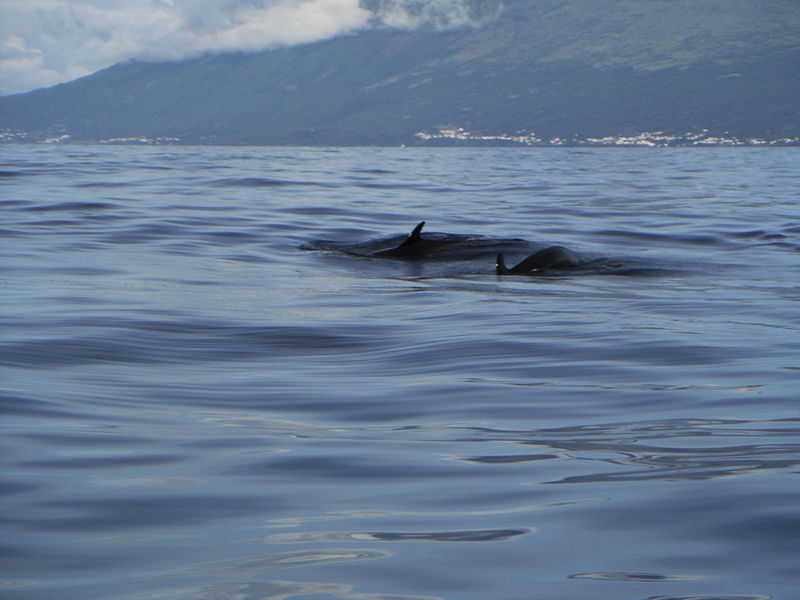 Honolulu, HI – A coalition of local fishing and environmental groups sued the National Marines Fisheries Service (“NMFS”) in federal court today for its failure to protect the Hawai‘i population of false killer whales from the Hawaii’s industrial longline fishing fleet. NMFS has estimated the population of false killer whales in the waters around Hawai`i at about 83 whales. Recent studies indicate that this population may be genetically distinct and faces a severe threat to their survival from human fishing activities. The bait used by the Hawai‘i-based longline fleet and the fish caught on its fishing lines attract false killer whales, which can cause the whales to be hooked or entangled in lines that stay in the water for hours.

The lawsuit was filed by Earthjustice on behalf of Hawai‘i community group Hui Mälama i Koholä, the Center for Biological Diversity and Turtle Island Restoration Network. The suit’s goal is to force NMFS to increase protection for the whale, as mandated by the Marine Mammal Protection Act, by reclassifying the fishery from its current Category III status to Category I. This change would trigger the creation and implementation of plans to reduce killing and wounding of false killer whales and other marine mammals – including the Hawaiian monk seal, humpback whale, sperm whale, blue whale and fin whale – by the Hawai‘i longline fleet.

“For years, NMFS has illegally ignored its own data, which show that the Hawai‘i-based longline fleet is killing false killer whales at nearly ten times the level the population can sustain,” said David Henkin an attorney for Earthjustice. “Under the Marine Mammal Protection Act, NMFS should have automatically classified the Hawai‘i longline fleet as a Category I fishery and immediately began working on plans to reduce harm to false killer whales and other marine mammals. Hawai‘i’s marine mammals are paying with their lives for NMFS’s refusal to comply with the law.”

Longline fishing gear is an indiscriminate form of industrial fishing noted for its “bycatch” problems. Prior legal actions have already closed the HI swordfish longline fishery and restricted the tuna longline fishery due to its high takes of endangered sea turtles. Observers have confirmed that the rigs, often miles long with thousands of hooks, kill and injure false killer whales, humpback whales, dolphins, other marine mammals, and a variety of sea turtles.

Todd Steiner, Director of Turtle Island Restoration Network said, “The industrial longline fishery is wiping out the oceans wildlife species– and Hawaii’s false killer whales are only the latest identified victim. This non-selective fishing gear forms a curtain of death with its billions of baited hooks set each year which is also driving endangered leatherback and loggerhead sea turtles and seabirds to the brink of extinction.”

“Longline fishing for tuna in Hawai`i’s biologically diverse waters is akin to deer hunting with a shotgun in a zoo,” said Brendan Cummings of the Center for Biological Diversity. “You may be aiming at the deer, but you invariably take out a percentage of the neighboring species as well.”

The Marine Mammal Protection Act requires NMFS to prepare reports on each marine mammal stock in United States waters. Each of those reports must determine “the maximum number of animals, not including natural mortalities, that may be removed from the marine mammal stock while allowing that stock to reach or maintain its optimum sustainable population.”

“NOAA Fisheries has dropped the ball by not protecting the false killer whale,” said William Aila of Hui Mälama i Koholä. “Without federal intervention, this population of false killer whales, part of Hawai`i’s natural heritage, will not survive.”

For a fact sheet on false killer whales, click:
downloads/whalefacts.pdf