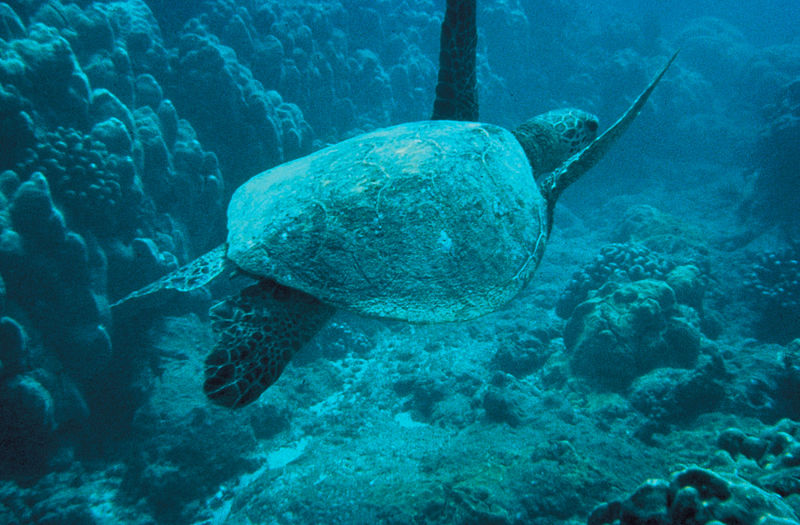 In an unprecedented but legally mandated action, the Western Pacific Fisheries Management Council requested the Secretary of Commerce to shut down the swordfish fishery before it exceeds its allowable “take” of critically endangered loggerhead sea turtles.

The fishery reopened in 2004, after a federal Court mandated four-year closure, but with a requirement to use a new hook technology that the government claimed would drastically reduced the injury and mortality of sea turtles. Environmentalists opposed the re-opening due to questions about the scientific integrity of the study that led to their required use and the fact that the technology was never tested in the Pacific.

“Closures are the only proven technology that works to reduce sea turtle deaths from longlining, said Robert Ovetz, Ph.D., Save the Leatherback Campaign Coordinator with the Sea Turtle Restoration Project. “Using suspect schemes such as circle hooks to skirt our environmental laws to protect endangered species have become the norm under the current Bush administration.”

“Ever since they reopened the swordfish longline fishery in April 2004, the Western Pacific Regional Fishery Management Council and NOAA Fisheries have been declaring they have figured out how to longline for swordfish without killing critically endangered leatherback and loggerhead sea turtles. Apparently, they were wrong. Let’s hope this time they have the wisdom to keep the fishery closed,” said Paul Achitoff managing attorney of Earthjustice in Honolulu who represented sea turtle conservation groups in litigation that initially shut down the longline fleet in 1999 for killing federally-protected sea turtles.

So called “circle” hooks were used to replace commonly used “J” style tuna hooks in the fishery and continue to be used by longline vessels targeting tuna which are exempted from the rule. A study by the Sea Turtle Restoration Project, “Techno-Fixing Sea Turtles: How the Bush Administration’s Manipulation of Science is Driving the Leatherback Sea Turtle Towards Extinction,” released in September 2004, warned that the results of a 3 year study of circle hooks were rife with faulty science, politicization, and conflicts of interest.

“The failure of circle hooks to protect sea turtles can be traced directly to the politicization of NOAA Marine Fisheries Service’s science that were then used to justify reopening the fishery,” Ovetz added. “When the outcome of the study did not fit the desired outcome for industry, the regulations were changed accordingly.”

Shutting down the Hawaiian swordfish fishery should also serve to put the brakes on a proposal approved last week by the Pacific Fisheries Management Council to reopen the West Coast to longline fishing and expand the effort of the CA drift-gillnet fishery, which also injures and kills sea turtles. The Council approved an expansion of the drift-gillnet fishery and its final vote to expand the longline fishery will take place at the its April meeting.

“Now that we have conclusive evidence that circle hooks have failed, the only option left is a closures on longline fishing in the Pacific, until proven actions can be found to eliminate the capture of these endangered species” concluded Ovetz. “The U.S.’s plan to convince other countries to use circle hooks needs to shift to identifying critical nesting and migratory areas that need to be closed.”

Resources:
• For a copy of the Sea Turtle Restoration Project’s report “Techno-Fixing Sea Turtles: How the Bush Administration’s Manipulation of Science is Driving the Leatherback Sea Turtle Toward Extinction,” go to: downloads/ACF4E.pdf

• For a copy of the scientist and NGO letters to the UN calling for a moratorium on longline fishing in the Pacific go to: http://www.seaturtles.org/press_release2.cfm?pressID=261