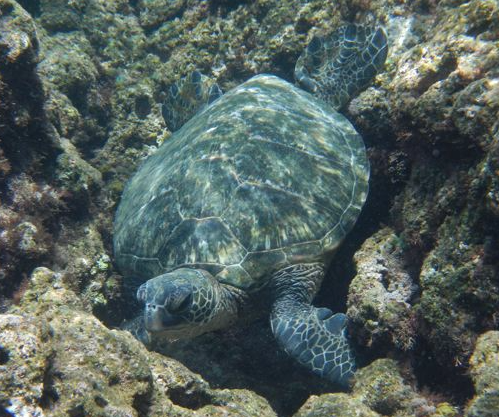 The world’s top sea turtle experts are calling on both the United States and Mexico to provide more protection for the Kemp’s ridley sea turtles in the Gulf of Mexico. A resolution passed in Crete earlier this month at the 26th Annual Symposium on Sea Turtle Biology and Conservation recommends that all relevant governmental agencies work to create a migration and nesting season no commercial fishing zone (marine reserve) in the state waters adjoining North and South Padre Islands, Texas, and a year round no-commercial fishing zone from the Mexican border south to Tampico, creating an international protected Kemp’s Ridley Swimway from Corpus Christi, Texas, south to Tampico, Mexico.

“Some 650 scientists from 64 different countries attended the symposium and many of them recognize that the Kemp’s ridley has
begun recovering from near extinction and needs much more protection in both U.S. and Mexican waters,” said Carole Allen, Gulf Office Director of the Sea Turtle Restoration Project and founder of HEART (Help Endangered Animals-Ridley Sea Turtles).

A second resolution addresses the revision of the 1992 Recovery Plan for the Kemp’s ridley now underway by the U.S. Fish and Wildlife Service and National Marine Fisheries Service. It recommends that the new recovery plan recognizes and designates the Texas coast as nesting habitat and the adjoining waters as important migratory and foraging habitat. Last year 51 Kemp’s ridley nests were found on the Texas coast.
“So far this month, 13 dead sea turtles have been found on Texas beaches as shrimping activity increases. More law enforcement is needed immediately to make sure Turtle Excluder Devices are being used properly on shrimp trawls,” Allen said. “We have also learned that a female Kemp’s ridley raised and released in Galveston waters in 1993 was butchered for her eggs in Mexican waters last year. “Obviously, law enforcement is needed there also.”

Visitors to Texas beaches in the spring and summer months should be alert to the possibility of seeing a nesting sea turtle. All species are either threatened or endangered and protected by federal law. They should immediately call 1-866-TURTLE-5 for more information.