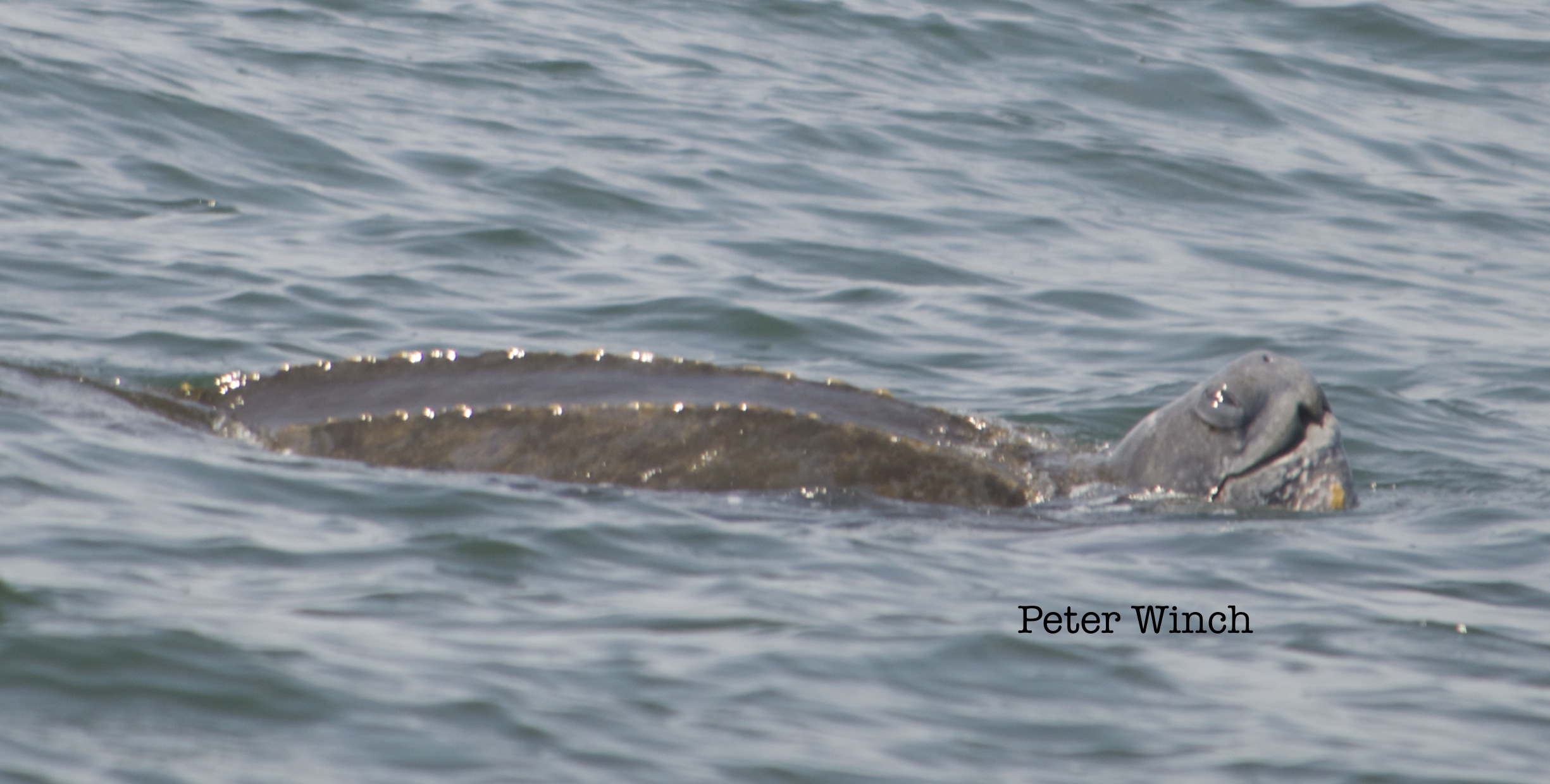 (August 18, 2015 –Pacifica, Calif. ) –One of the first confirmed sighting of an endangered Pacific leatherback sea turtle occurred this week on Saturday, Aug. 15th by Pedro Point in Pacifica, Calif. and marks the start of their annual summer feeding season off the coast of California. 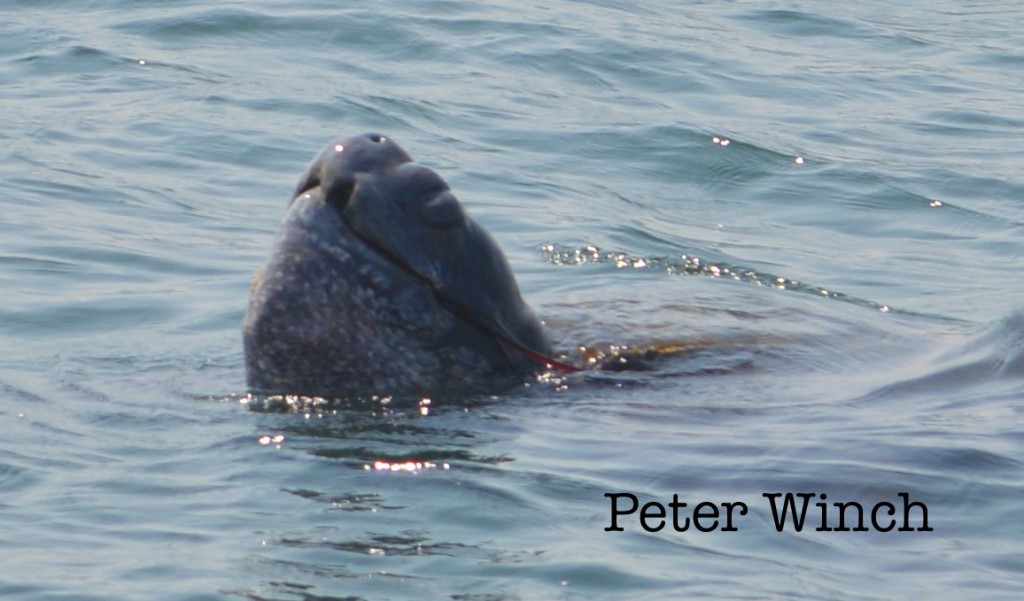 Captain Roger Thomas of the Salty Lady (http://www.saltylady.com/) a sport fishing boat and passengers spotted the giant leatherback sea turtle coming up for air out by Pedro Point. Peter Winch captured the turtle sighting with his camera. In addition to seeing rare, endangered sea turtles, anglers on the Salty Lady have been catching lots of big salmon on recent trips leaving from Sausalito, Calif.

The highly endangered sea turtles migrate across the entire Pacific Ocean, over 6,500 miles each way, to feed on abundant jellyfish along the coast. Turtle Island won a major victory for Pacific leatherbacks in 2001, with the implementation of the Pacific Leatherback Conservation Area.  The Pacific Leatherback Conservation Area prohibits drift gillnet fishing between August 15 and November 15 along the California and Oregon coasts from Point Sur to Lincoln City, out to the 200 mile Exclusive Economic Zone.  The southern boundary extends at 45 degrees, then out to the 200-mile Economic Zone. The PLCA has reduced the number of leatherback deaths in the fishery from 112 between 1990 and 2001; to near zero between 2001 and 2012.

Pacific leatherbacks were named the official marine reptile of California after a bill sponsored by Turtle Island passed through the Legislature unopposed. The bill not only recognizes leatherbacks as a state symbol, but also encourages schools to educate their students about leatherbacks.  In addition, October 15th every year is designated as Pacific Leatherback Conservation Day, which is meant to bring statewide awareness about leatherbacks and celebrate conservation efforts.

About Pacific Leatherback Sea Turtles:
Leatherback sea turtles are “the largest, deepest diving, and most migratory and wide ranging of all sea turtles,” according to the U.S. Fish and Wildlife Service.  Adults can reach 8 feet in length and weigh up to 2000 pounds. Leatherbacks travel more than 6,000 miles across the ocean from Indonesian nesting beaches to feed on jellyfish along the California coast. For over twenty years, the Turtle Island (SeaTurtles.org) has worked from California and the Gulf Coast of Mexico with communities across the globe to protect endangered leatherback sea turtles.

Photos of leatherback sea turtle by Pedro Point, Calif. are available for media use by clicking here.