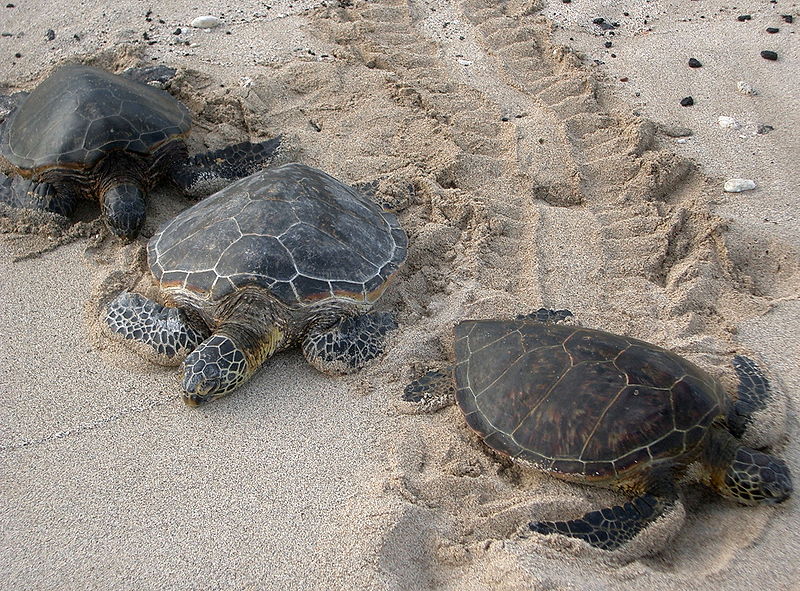 New Report: Saving Sea Turtles is Good for the Economy

An Investigation of the Economic, Cultural and Social Costs of Industrial Longline Fishing in the Pacific
(Forest Knolls, CA)-—A new report, “The Bottom Line: Saving Sea Turtles is Good for the Economy,” published by the Sea Turtle Restoration Project has found that industrial longline fishing in the Pacific not only causes extensive damage to the marine ecosystem but has pervasive negative cultural, economic and social consequences for coastal fishing and fish consuming communities. Implementing a moratorium on industrial longlining and creating a network of Marine Protected Areas on the high seas of the Pacific would be a boon to local coastal economies.

“Industrial longline fishing is a loss-loss situation not only for sea turtles but also those who rely on the ocean for their food and livelihood,” says Robert Ovetz, PhD, Save the Leatherback Campaign Coordinator and author of the report. “Creating a network of Marine Protected Areas would reverse the damage to local fisheries, indigenous peoples, tourism and food security inflicted by industrial longline fishing.”

The report comes at the time when 705 international scientists from 83 nations and 230 non-governmental organizations from 54 countries have called on the United Nations to implement a moratorium on industrial longline fishing in the Pacific. A recent report found that industrial longline fishing in the Pacific catches and kills an estimated 4.4 million sea turtles, sharks, marine mammals, billfish and seabirds.

Released during the meeting of the United Nations Food and Agriculture Organization’s Committee on Fisheries Meeting in Italy 7-11 March, the report gives additional momentum to new guidelines under consideration to allow time and area closures of destructive fishing practices that threaten critically endangered sea turtles.

“Closing areas of the ocean off from industrial fishing is good for fisheries and turtles,” Ovetz added. Recent studies have demonstrated that Marine Protected Areas protect not only threatened marine species but are also extremely successful at restoring depleted fisheries.

One of the biggest problems with industrial longlining is that it removes fish from local markets and exports them abroad. MPAs would reverse this drain of resources from the developing world. As Ovetz explains, “MPAs are crucial for generating job growth by preserving the very habitats and species that draw visitors to their shores.”

*B-roll footage and interviews are available
*Interviews with leading fisheries and sea turtle scientists are available.
*”Last journey for the leatherback?” documentary film

For a copy of the report go to
downloads/ACFD6.pdf