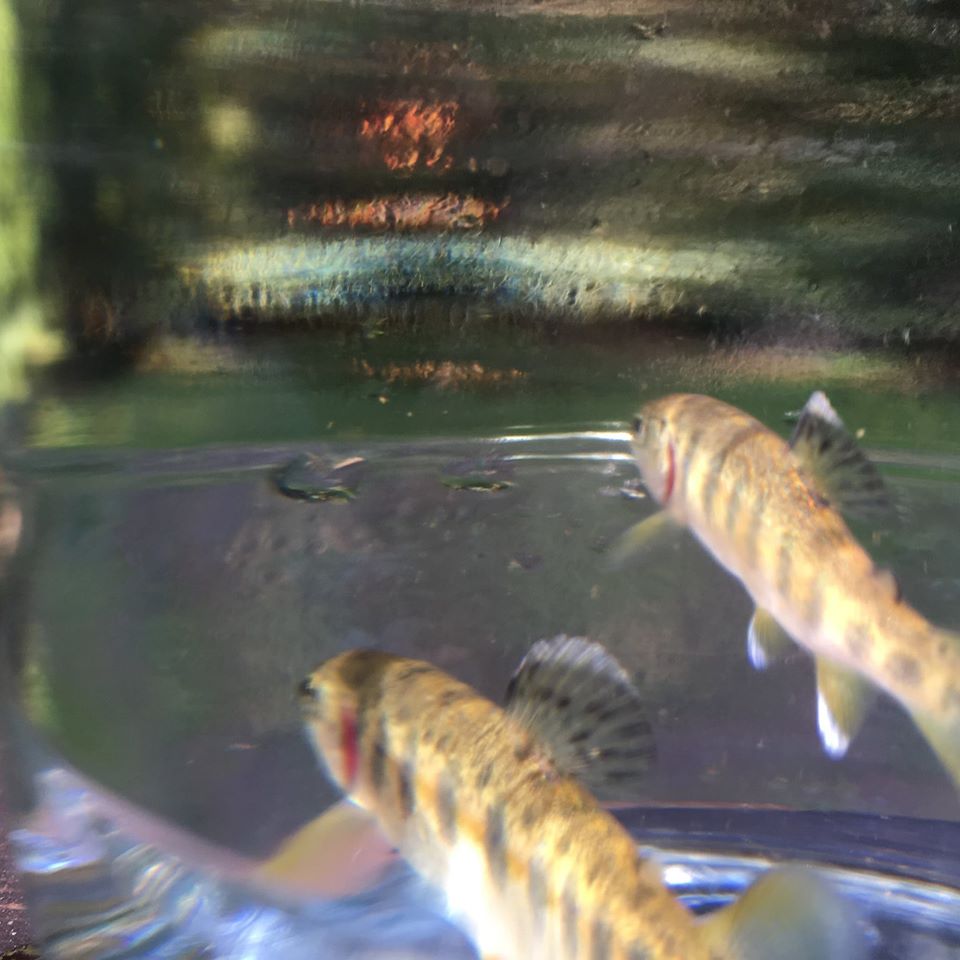 Since installing a smolt trap on San Geronimo Creek to gather data on the 2020 smolt class that is making their journey downstream on April 17, SPAWN has come across a little over 2,000 coho smolts, marking a significant count for this endangered species!

The 2020 coho salmon smolt year in Marin County’s San Geronimo Creek is off to a big start!

When coho salmon are born in the freshwater creeks, they spend 1-1.5 years growing and preparing for their adult phase in the ocean, where they will spend another 1.5 years before coming back to lay their eggs in the freshwater system where they were born. The process, known as “smoltification,” prepares salmon for saltwater intake and the ocean environment—changing physiologically and morphologically, internally and externally.

SPAWN installed a smolt trap on San Geronimo Creek to gather data on the 2020 smolt class that is making their journey downstream. In the wake of COVID-19, SPAWN is social distancing, wearing masks, and taking precautionary steps to limit any shared contact while monitoring.

Since installing the traps on April 17, SPAWN has come across a little over 2,000 coho smolts, marking a significant count for this endangered species! We timed the installment of the trap following the lunar cycle, ensuring we have the trap in the creek on the darkest night of the month, April 22. The theory is that fish will take advantage of the dark night as they move downstream, in order to swim unseen by any predators. Coincidentally, the days following the new moon, we had record numbers of fish migrating since installment. On the contrary, as the full moon approaches on May 7, we have seen dwindling counts of fish migrating.

In retrospect, 2017 was the last time SPAWN recorded smolt counts. The total for the whole 2017 season was around 380 coho smolts. With our current numbers, and only being half way through the season, this is looking like a promising outmigration year. Salmon live a three-year lifecycle, so as we bid farewell to the smolts we’ve seen thus far and wish them luck in the big ocean, we hope to see them soon as adults spawning within the Lagunitas Watershed in winter 2021-2022!