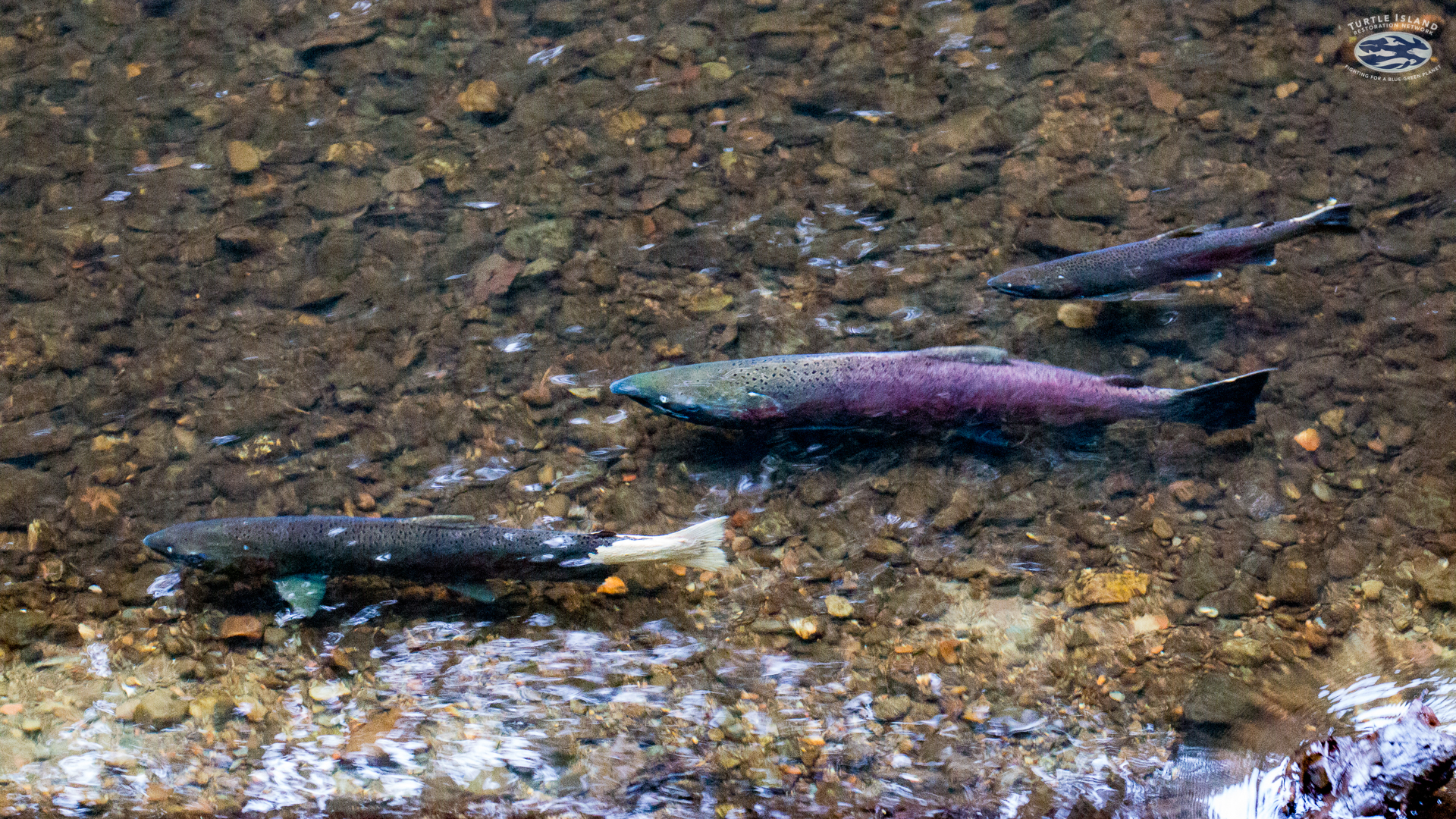 The numbers, however, are a tiny fraction of the 2,600 spawning fish needed annually to reach the recovery required by National Marine Fisheries Service to delist the species under the Endangered Species Act. With varying conditions—annual peak runoff, redd scour, food availability, predation, ocean food, ocean predation—that likely contributed to a record-breaking Coho count, the increase in spawning fish reinforces the need for common-sense, science-based regulations to protect the habitat endangered salmon depend on.

Since the listing of Central California Coast Coho salmon under the Endangered Species Act in 1996, their population has continued to dramatically decline and the fish are now considered close to extinction. Running through Marin County, Lagunitas Creek supports the largest single population of wild Central Coast Coho, representing about 20 percent of the population. But excessive residential and commercial development along streams continues to be a major threat to freshwater spawning and rearing habitats. Even the large, late storms the North Bay already experienced in March threatens the survivability of nests laid this year.

“While we are excited to see encouraging signs of recovery, we can’t say the exact reason for this increase in spawning since there are many variable conditions that have contributed to this increase,” said Preston Brown, Watershed Conservation Director. “Is this year’s increase the result of restoration efforts, good ocean conditions, fewer predators, or more likely multifactorial in the complicated and intricate ecological web of salmon? What we do know is that small populations are much more susceptible to extinction, and that is the position we still find ourselves in today in the Lagunitas Creek Watershed.”

For the past 20 years, the Salmon Protection and Watershed Network, or SPAWN, has worked to protect critically endangered Coho salmon through advocacy, habitat protection and restoration, biological monitoring, and legal action to ensure science-based, common-sense regulations are in place to protect endangered salmon and safeguard the quality of life for all Marin County residents. Our efforts have rescued thousands of juvenile fish from drying pools, restored over 600,000 square feet of riparian habitats, and safeguarded headwater streams from harmful development. But the efforts are being backtracked.

“Despite all the good work, salmon habitat is being degraded faster than it is being repaired,” said Todd Steiner, Executive Director. “We must address the recurring root problems that have resulted in our Coho salmon population being pushed to the precipice of local extinction, which are inadequate regulations to protect the creekside habitat the species depends on.”

In 2012, SPAWN filed a lawsuit against Marin County for failing to follow California Environmental Quality Act laws to protect critical salmon habitat from harmful development. The State Appeals Court ruled in favor of SPAWN’s argument and ordered the County to complete a CEQA environmental impact report that considers impacts to salmon habitat and biology before approving more development. Nearly a decade later, the County has still yet to complete CEQA and enact regulations that project habitats from development.

SPAWN is also undertaking our most ambitious habitat restoration project yet—restoring a one-mile-long stretch of creek habitat within the Golden Gate National Recreation Area. This project aims to address the known limiting factors for salmonid survival in the watershed, which is winter rearing habitat—floodplains, side channels, or other off-channel habitats where fish can find slow water, insect prey, and cover from predators.

The recently completed first phase of the project has re-created a large, dynamic floodplain that had been buried under 20 feet of dirt and cement for decades, obstructing critical habitat for Coho salmon and other wildlife including the endangered California freshwater shrimp and the threatened California red-legged frog. The project has already seen many juvenile Coho and Steelhead assembling in feeding lanes and clustering behind large woody debris, which means fish are recognizing it as habitat.

But with the second phase scheduled for August to address similar issues one mile upstream, the project is a small remedy on the human impacts of the past, those of which are still happening in the watershed today.

“We keep undoing problems and mistakes of the past, while local government allows them to be repeated in the present,” Steiner said. “Unless common-sense, science-based regulations are put in place to prevent ongoing degradation from development, all of our restoration efforts will ultimately not be enough.”