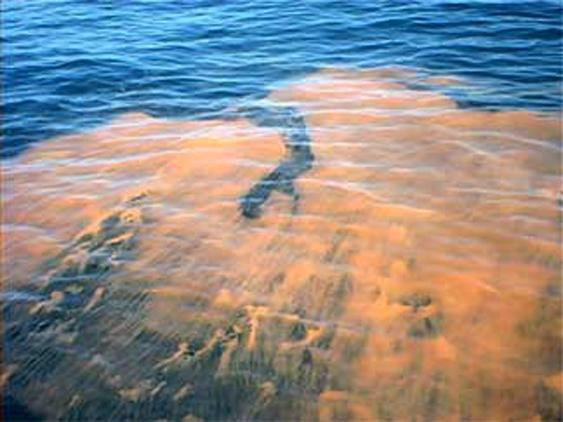 An Update on the Red Tide in the Gulf of Mexico

Red tide is a term used for harmful algal blooms. These blooms often result in the sickness and death of marine life. Algal blooms occur when plants grow out of control and have a byproduct of toxins. These toxins are harmful to many sea creatures including fish, shellfish, marine mammals and even birds. Algal blooms can also harmful to humans and can cause some illnesses or in some instance even be fatal.*

Unfortunately, a toxic algae bloom has been reported in Mississippi. It is the worst bloom the state has ever had and researchers have been calling it the “red tide.” The algae bloom started to appear on a Friday, which triggered beach and oyster reefs to close.

Scientists are now worried that the red tide may appear throughout the Gulf of Mexico, and are trying to learn more about what direction the tide is heading. Further complicating matters, a weekend thunderstorm created cloud cover and prevented satellite imaging from being used by researchers. This has made it difficult to determine which direction the algae bloom is moving. From what scientists can tell though, the winds are moving out of the South. If this holds true, it means it is unlikely for the red tide to move any significant distance.*

Researchers have learned that this widespread red tide may have a neurotoxin in the algae called brevetoxin. The Kemp’s ridley sea turtle has proven to be susceptible to this toxin.  It is not known how long the toxin may stay in the sea turtle’s system or what if any long-term effects it may have on this critically endangered species of sea turtle.

Data has shown that turtles tracked via satellite have avoided the red tide affected areas, but it is not known how the turtles may detect the toxin.

*In general most algal blooms are not harmful and can be beneficial to certain ecosystems. Non-toxic blooms can provide a source of food for animals. Take the example of some aquariums. Aquariums sometimes use algae blooms to their benefit, specifically to help raise oxygen levels inside tanks. Non-toxic algal blooms can provide extra nutrients into the water which can benefit other plants as well as the quality of the tank.

*A biological oceanographer at USM’s Ocean Weather Laboratory is working on a study to forecast the movement of algae, which could someday help scientist easily predict a red tides movements in a given region.