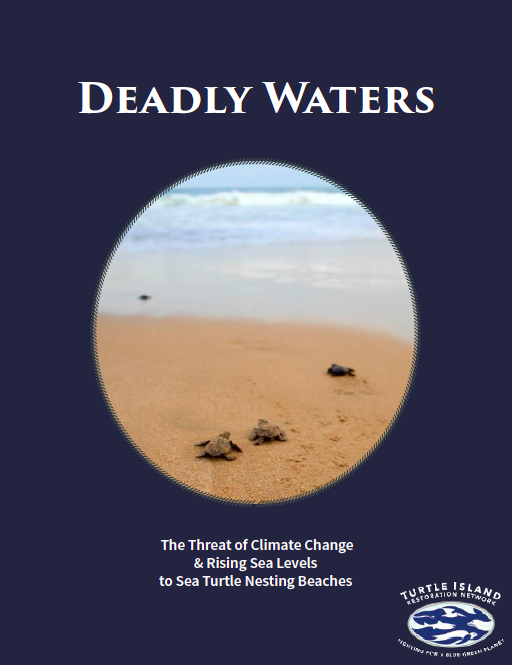 By Turtle Island Restoration NetworkJanuary 25, 2016Resources for the Media, Sea Turtles
No Comments

Editor’s note: We are re-highlighting our report on sea turtle nesting beaches and climate change.

As all seven species of sea turtles are listed as endangered, threatened or vulnerable by the U.S. Endangered Species Act (ESA), national agencies, or international conservation bodies. Thus, the loss of key nesting habitat could be detrimental to turtle populations if not urgently addressed.

“When it comes to saving sea turtles in the face of climate change, every year that we don’t act pushes these species closer to extinction,” said Peter Fugazzotto, author of the Turtle Island report. “As shown by our report, turtle beaches from Hawaii to Costa Rica are in danger if sea levels rise, but there is also still time to take action and protect these habitats.”

The ability of sea turtles to be resilient to climate change depends on sea turtles populations being robust and their habitat being protected.

Get the Fact Sheet by clicking here: https://seaturtles.org/resources/climate-change-sea-turtle-nesting-beaches-fact-sheet/