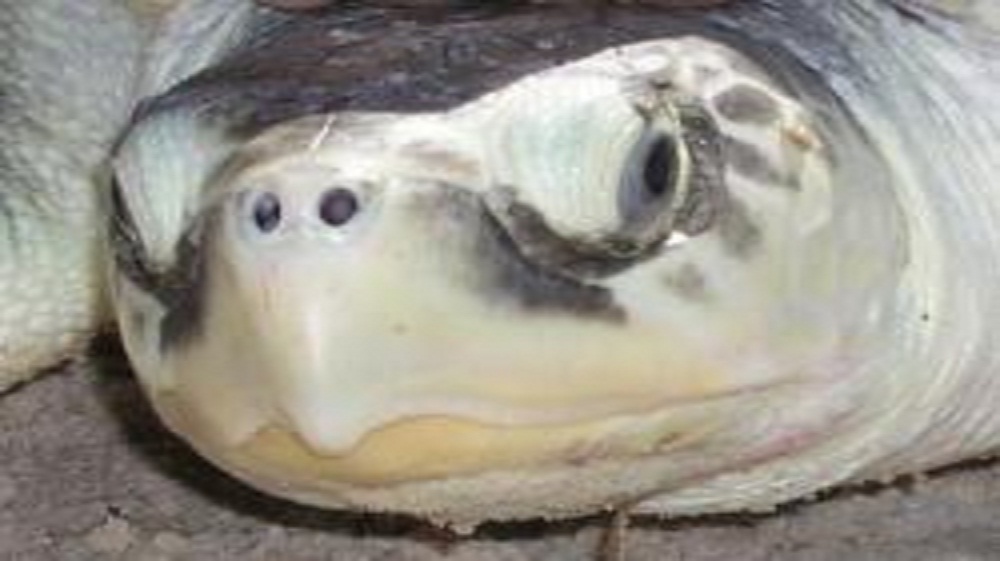 Baton Rouge – Independent marine scientists from the Gulf Coast and across the nation have jointly signed a letter with the Sea Turtle Restoration Project (STRP) urging Louisiana’s Governor Bobby Jindal to repeal a law that allows shrimp fishermen to drown sea turtles in Louisiana waters.  The law, passed in 1987, prohibits state enforcement of sea turtle protection regulations in Louisiana waters that are implemented and enforced by all other Gulf states. A federal law requires that shrimp trawl nets have a turtle excluder device (TED) installed, but the Louisiana law claims they are “unjustified, inequitable, and unworkable.”  As a result, the law prohibits Louisiana wildlife agents from enforcing the federal statute, claiming that “there is little information to conclude that shrimping is a significant causal factor in sea turtle mortality”.

“The law is a quarter century old, and there is now plenty of information that demonstrates the link between the shrimpers’ ‘cones of death’ and sea turtle killing,” said Todd Steiner, biologist and director of SeaTurtles.org, referring to the huge trawl nets used to catch gulf shrimp. “But there is little evidence that anyone in the Louisiana governor’s office understands the first thing about sustainable eco-system management that preserves jobs and protects endangered species in perpetuity.”

Scientists say that 20 years of published studies prove that TEDs save the lives of endangered sea turtles without causing harm to shrimpers.

“Leading experts in fisheries science and sea turtle biology are unified in calling for action to repeal Louisiana’s absurd anti-TED law,” said Dr. Chris Pincetich, STRP biologist, who also signed the letter. “It’s not just scientists, but also fisheries managers and industry reps who all agree Louisiana’s cooperation is key to halting the deadly impacts of shrimp trawling on sea turtles in the Gulf of Mexico—and that it can be accomplished without adverse economic impact.”

More professors from Louisiana universities signed the letter to Governor Jindal than from any other state. A total of 61 doctorate-level scientists and 21 others from fourteen states signed the letter which concluded with the statement: “the undersigned scientists urge the state of Louisiana to partner with federal efforts for the improved management of the commercial shrimp trawl fishery and for the recovery of the Gulf of Mexico’s marine resources that Louisiana’s culture and coastal communities depend on.”

Cooperative efforts this summer by neighboring states have increased TED law enforcement “10-15 times” in response to hundreds of sea turtles found dead this spring on Louisiana and Mississippi beaches, according to the National Marine Fisheries Service (NMFS). All Gulf states except Louisiana have Joint Enforcement Agreements with NMFS that provide funds and resources to state wardens enforcing federal laws in state jurisdictions.