WASHINGTON—The Senate on Sept. 14 unanimously passed the Driftnet Modernization and Bycatch Reduction Act (S.273), a bipartisan bill that would phase out harmful large mesh drift gillnets used in federal waters off the coast of California – the only place the nets are still used in the United States.

Congress passed the bill last year with overwhelming support but it was vetoed by President Trump on January 1, which left too little time to schedule an override vote. The president’s veto was based on misinformation and misguided policy. President Biden is expected to sign the bill if it is passed by the House of Representatives.

“This decision brings the United States one step closer to finally banning deadly driftnets from our waters,” said Todd Steiner, executive director of Turtle Island Restoration Network. “The use of driftnets could wipe out some of the most vulnerable marine animals in the ocean, including leatherback sea turtles. Sea turtles, sharks and dolphins simply cannot afford to be exposed to cruel and unnecessary slaughter any longer.”

Large mesh drift gillnets, which are between a mile and a mile-and-a-half long and can extend 200 feet below the ocean surface, are left in the ocean overnight to catch swordfish and thresher sharks. However, at least 60 other marine species, including whales, dolphins, sea lions, sea turtles, fish and sharks, can also become entangled in the large mesh net “walls,” injuring or killing them. Most of these animals, referred to as bycatch, are then discarded.

In 2018, California passed a four-year phase-out of large mesh drift gillnets in state waters to protect marine life. A majority of the driftnet fishermen have voluntarily participated in that phase out. The Driftnet Modernization and Bycatch Reduction Act would extend similar protections to federal waters within five years and authorize the National Oceanic and Atmospheric Administration to help the commercial fishing industry transition to more sustainable gear types, including a grant program to supplement state funds.

The use of large mesh drift gillnets by a single fishery based in California is responsible for 90 percent of the dolphins and porpoises killed along the West Coast and Alaska.

The bill would phase out the use of the nets and help the industry transition to more sustainable methods like deep-set buoy gear that uses a hook-and-buoy system. Deep-set buoy gear attracts swordfish with bait and alerts fishermen immediately when a bite is detected. Testing has shown that as much as 98 percent of animals caught with deep-set buoys are actually swordfish, resulting in far less bycatch than large mesh drift gillnets, which average a 50 percent catch rate of target species.

Photos and videos are available for media to use in TIRN’s driftnet media kit.

Save Species by Letting Leaves Fall During Fall 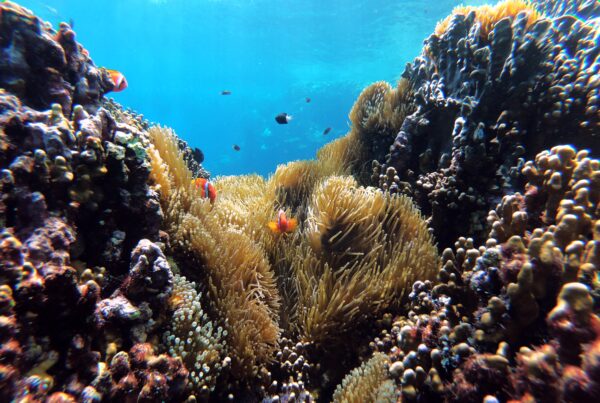