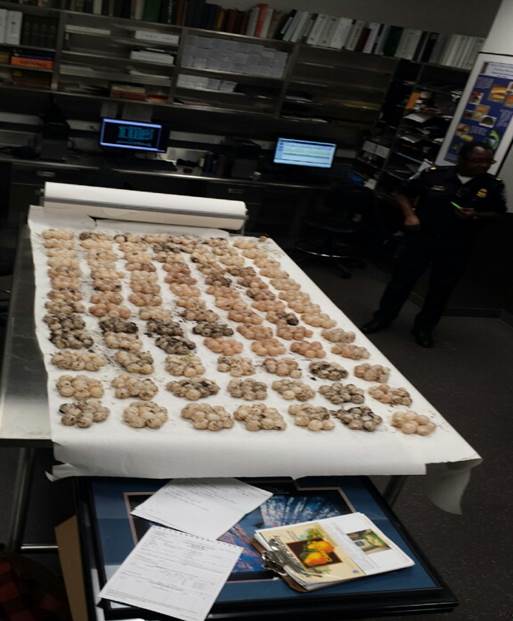 Smuggling Turtle Eggs and Shells into the US

As if sea turtles don’t face enough threats from industrial fishing operations and the loss of nesting beaches, we are recently seeing some alarming instances of illegal smuggling of sea turtles eggs and carapaces into the United States.

A man and a woman from Southern California have been indicted by a federal grand jury for smuggling almost 1,000 sea turtle eggs into the United States from Mexico.

The eggs were hand carried across the Tijuana border in coolers (under layers of ice, fish and shrimp) and transported to an awaiting truck.

The trading in the eggs of these species is a violation of laws both in the United States and Mexico.

You can read more about the case and the potential jail time and fines here:

The carapaces of 29 Hawksbill sea turtles

Meanwhile in Cincinnati, the Customs and Border Patrol uncovered two shipments containing 631 scutes, which are part of a turtle’s shell.  Smugglers painted the scutes in a white paint to disguise the smuggling. 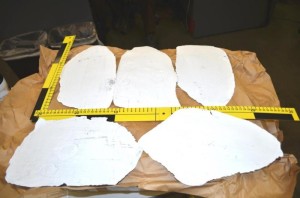 “FWS wildlife inspectors estimate that the scutes were the remains of at least 29 large, mature sea turtles between 60 to 75 years old. Officials estimates it will take decades for Hawksbill turtles to recover from the loss of this many of its population.”

We currently do not have information about where the shipment came from or the individuals and companies involved.

You can read more about the bust here:

We are keeping an eye on these cases and will let you know how they progress.