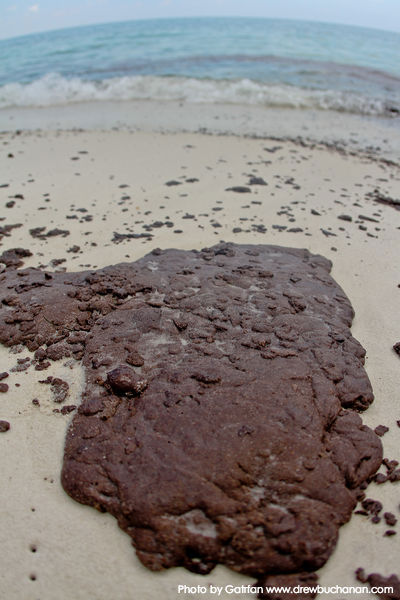 By Turtle Island Restoration NetworkApril 22, 2016Resources for the Media, Sea Turtles
No Comments

Galveston, Texas (April 22, 2016) – Six years ago the BP Deepwater Horizon oil spill spewed millions of gallons of oil into the Gulf of Mexico impacting endangered Kemp’s ridley sea turtles. Volunteers with Turtle Island Restoration Network (seaturtles.org) patrolling the Upper Texas Coast for nesting sea turtles have recently been shocked to find dead sea turtles on the beach. The volunteers have found six dead endangered Kemp’s ridley sea turtles after strong tides have pushed the turtles to shore. The turtles were found on their routes in Galveston and Surfside Beaches in Texas. The dead sea turtles bolster ongoing calls for increased actions to investigate the long term impacts of the BP oil spill and for the building of a sea turtle rehab hospital on the Upper Texas coast.

“We are saddened to be finding dead sea turtles this time of year when we should be seeing live nesting sea turtles,” said Joanie Steinhaus, Gulf Office Director for the Turtle Island Restoration Network located in Galveston. “These turtles are nicknamed the ‘heartbreak’ turtles and it is truly heartbreaking to see these turtles so clearly in need of our protection dead on our beaches.”

The Kemp’s ridley sea turtle is the world’s most endangered sea turtle with a nesting population of between 7,000 and 9,000 female turtles. The death of even one Kemp’s ridley sea turtle is of grave concern and three of the turtles found in south Texas were confirmed to be females. The loss of even one nesting female has an impact on the recovery of this species. These turtles, which are the smallest of all seven species of sea turtles, had been making a gradual recovery. However, the devastating effects of the 2010 BP oil spill drastically impacted the turtles’ recovery.

While further analysis is needed to determine the cause of the high number of sea turtle strandings, Turtle Island Restoration Network is concerned that the BP oil spill may be contributing factor to the slow recovery of Kemp’s ridley’s recovery efforts.

Currently if a beachgoer finds a stranded, oiled, or injured sea turtle on the Upper Texas Coast there is no permanent sea turtle rehab facility or hospital to call for assistance. In other coastal communities, such as Central and South Coasts of Texas sea turtle hospitals provide a lifeline for sea turtles harmed by oil spills, shrimping, red tides, plastic pollution and other factors. Turtle Island Restoration Network is working to get one such hospital on the Upper Texas Coast as the need is expected to increase with climate change and the long-term effects of the oil spill. Those interested in learning more or helping can do so by emailing joanie@seaturtles.org.