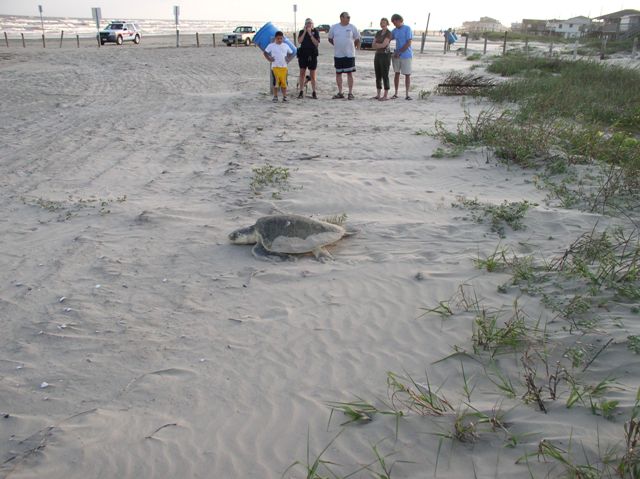 Texas now has an Official State Sea Turtle and Gulf shrimpers are busy killing them!

The Texas Senate unanimously voted that the endangered Kemp’s ridley sea turtle is the state’s official symbol on May 2 and at the same time shrimpers in at least four states are throwing their lifeless carcasses into the Gulf of Mexico.

As the children at Oppe Elementary in Galveston cheered about the passage of their resolution in the Austin legislature, understaffed law enforcement agencies wondered how they could stop the slaughter. Of course, there are two states where the shrimp industry rules and sea turtles don’t have a chance. In Mississippi waters shrimpers using skimmer trawls don’t have to bother with Turtle Excluder Devices (TEDs)to allow sea turtles to escape drowning and in Louisiana, a state that forbids its marine law enforcement from enforcing federal laws about TEDs. Both of these states seem to have the upper hand on the Endangered Species Act and the federal agencies charged with enforcing it.

These senseless killing of endangered sea turtles has been going on year after year in spite of the public’s outcry. TEDs work and should be used. Lawbreakers should be caught and penalized. Laws that are passed should be respected.