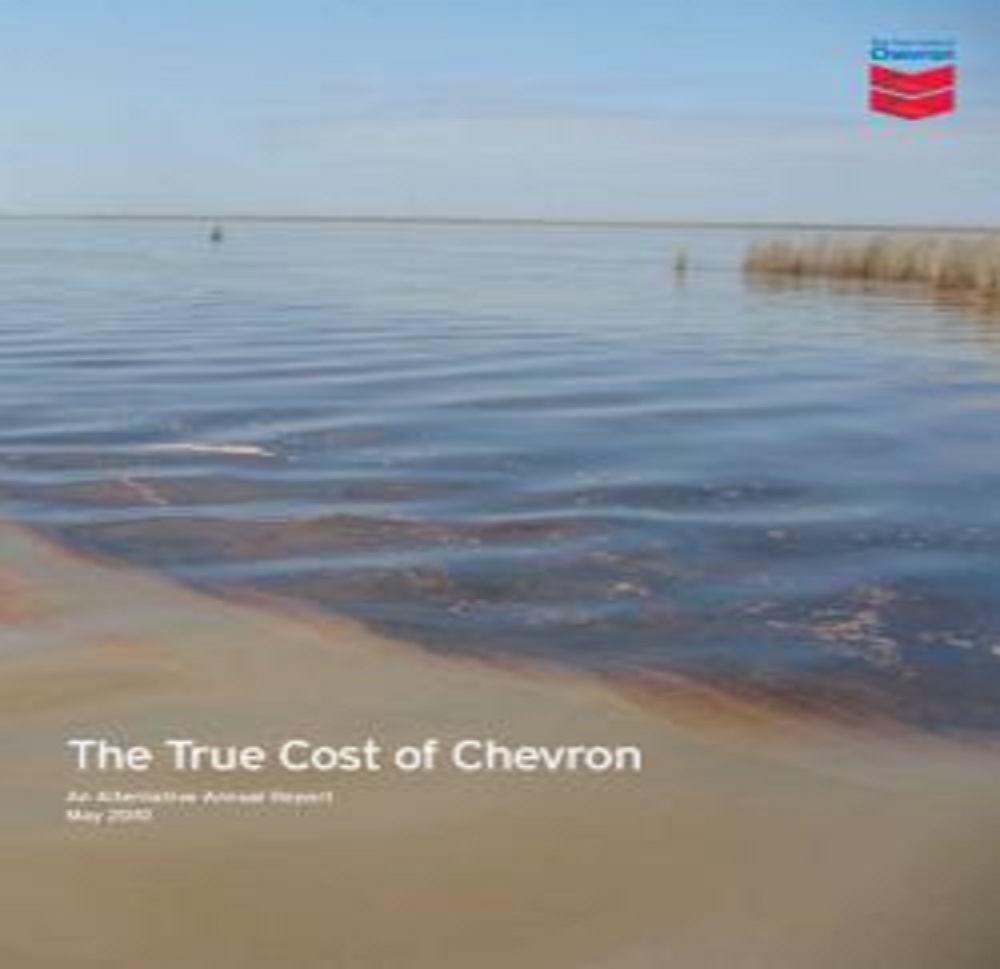 San Francisco – The deadly impacts to endangered sea turtles from oil and gas operations are exposed in a new report and ads targeting California-based Chevron. The Chevron Alternative Annual Report released today details Chevron’s harm to people and the environment, including sea turtles, from global oil and gas operations. The report highlights Chevron’s building of the Gorgon natural gas plant on top of a sea turtle nesting beach and its plans to build another where they feed. See the report.

Sea turtles are also featured in one of a series of advocacy ads targeting Chevron. The turtle ad shows a rare flatback sea turtle with the message: “Dear Chevron, Thanks for destroying vital habitat.” .

“Chevron must stop building dirty oil and gas projects on the backs of sea turtles,” said Teri Shore, Program Director for Turtle Island Restoration Network (TIRN, www.seaturtles.org) in Forest Knolls, CA, an author and co-sponsor of the Chevron Alternative Annual Report. “Sea turtles are in trouble from drilling and spilling across the oceans. They are swimming through oil and losing beaches due to the fossil fuel frenzy being led by Chevron and Big Oil.” All seven species of sea turtles are endangered or threatened.

The report and ads were released to coincide with the Chevron shareholder meeting in Houston next week. . The report was written by nearly 50 contributing authors including Teri Shore of TIRN and edited by Antonia Juhasz of Global Exchange in San Francisco, author of The Tyranny of Oil.  They were produced by the True Cost of Chevron coalition, comprised of environmental and human rights non-governmental organizations fighting the company’s impacts in 10 U. S. states and 16 countries. TIRN is a member of the coalition.

The 60-page report encompasses the full range of Chevron’s activities, from coal to chemicals, offshore to onshore production, pipelines to refineries, natural gas to toxic waste, and lobbying and campaign contributions to greenwashing.

The Chevron Alternative Annual Report has gained even greater importance in the wake of the BP/Transocean explosion as it exposes Chevron’s role as the largest leaseholder in the U.S. Gulf of Mexico and its role at the forefront of lobbying to expand offshore drilling across the U.S. and around the world. Chevron also contracts with Transocean for its massive offshore operations.

The Alternative Annual Report tells about Chevron’s building of the massive Gorgon natural gas facility on top of a nesting beach for the flatback sea turtle of Australia. The Gorgon project is located on a tiny nature reserve off the coast of West Australia. More than 1,000 threatened nesting turtles will be permanently displaced and the destruction of pristine marine habitat will threaten thousands more.  Read more.

Chevron also wants to expand into undeveloped coastlines important to Aboriginal communities and that support globally significant populations of sea turtles and humpback whales in northwestern Australia. Chevron is a joint partner with BP, Shell and Woodside Petroleum in another natural gas facility moving forward on the remote and wild Kimberley coast where these same turtles feed.

Sea turtle activists to join international groups converging at Chevron shareholder meeting in Houston May 25 and 26.

Aboriginal activists and Australian activists will be in Houston to oppose these Chevron projects. [Interviews on request.} They will rally with other sea turtle activists will rally and the international coalition converging in Houston on May 25 and 26 to expose the looming global disasters from Big Oil’s dangerous operations during public events, protest rallies, and Chevron’s shareholder meeting.

Australian activists will then travel to the San Francisco Bay Area for public events in Berkeley, San Francisco and Point Reyes to share their struggles to protect sea turtles, whales and sacred land from Chevron and other Big Oil projects, hosted by Turtle Island Restoration Network.