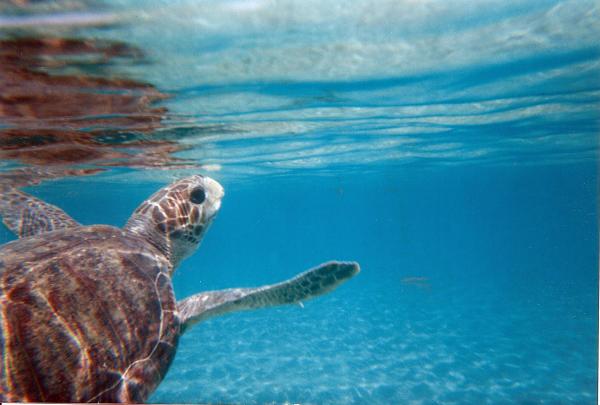 By July 1, 2013, the government must identify and propose protection of loggerhead sea turtle feeding, breeding and migratory habitat in ocean waters in the U.S. Atlantic and Pacific oceans and in the Gulf of Mexico. Final critical habitat protection for marine habitat and nesting beaches must be completed by July 1, 2014. The U.S. Fish and Wildlife Service recently proposed critical habitat protection for loggerhead nesting beaches along Atlantic and Gulf coasts and will accept public comment until May 24.

“Long-overdue protections for endangered Pacific loggerheads could make the difference between recovery and extinction,” said Teri Shore, program director at Turtle Island Restoration Network (SeaTurtles.org). “These gentle ocean dwellers need safe passage across the ocean and coastal waters where they can feed and breed with as little human interference as possible.”

Protecting critical habitat for loggerheads is essential for their recovery. Studies show that endangered and threatened species with protected habitat are twice as likely to be recovering as those without.

“Protecting sea turtle nesting habitat will not only help sea turtles but everyone who enjoys clean and healthy beaches along the Gulf Coast,” said Jaclyn Lopez, a Florida-based attorney at the Center for Biological Diversity. “Everyone loves seeing sea turtles, and protecting critical habitat means good management for our shores and a safer future for these incredible animals.”

“Protecting critical habitat is essential for the recovery of endangered and threatened species,” said Amanda Keledjian, a marine scientist at Oceana. “If the federal government truly wants to preserve these species, they must also act to protect the land and waters these turtles depend on to feed and thrive.”

Protecting critical habitat does not limit public access, but it does increase awareness of important sea turtle areas and requires that federal activities, including any requiring a federal permit, be reviewed before approval to ensure there are no potentially harmful impacts to loggerhead sea turtles’ survival and recovery.

On March 22 the government proposed to protect more than 739 miles of critical habitat for threatened loggerhead sea turtles on their nesting beaches along the Atlantic and Gulf coasts. These sea turtles face serious threats to their long-term survival, including drowning in fishing nets and loss of nesting beaches due to coastal development and rising sea levels. The proposal includes beaches from North Carolina to Mississippi, encompassing 84 percent of all known nesting areas.

Oceana is the largest international advocacy group working solely to protect the world’s oceans. Oceana wins policy victories for the oceans using science-based campaigns. Since 2001, we have protected over 1.2 million square miles of ocean and innumerable sea turtles, sharks, dolphins and other sea creatures. More than 550,000 supporters have already joined Oceana. Global in scope, Oceana has offices in North, South and Central America and Europe. www.oceana.org