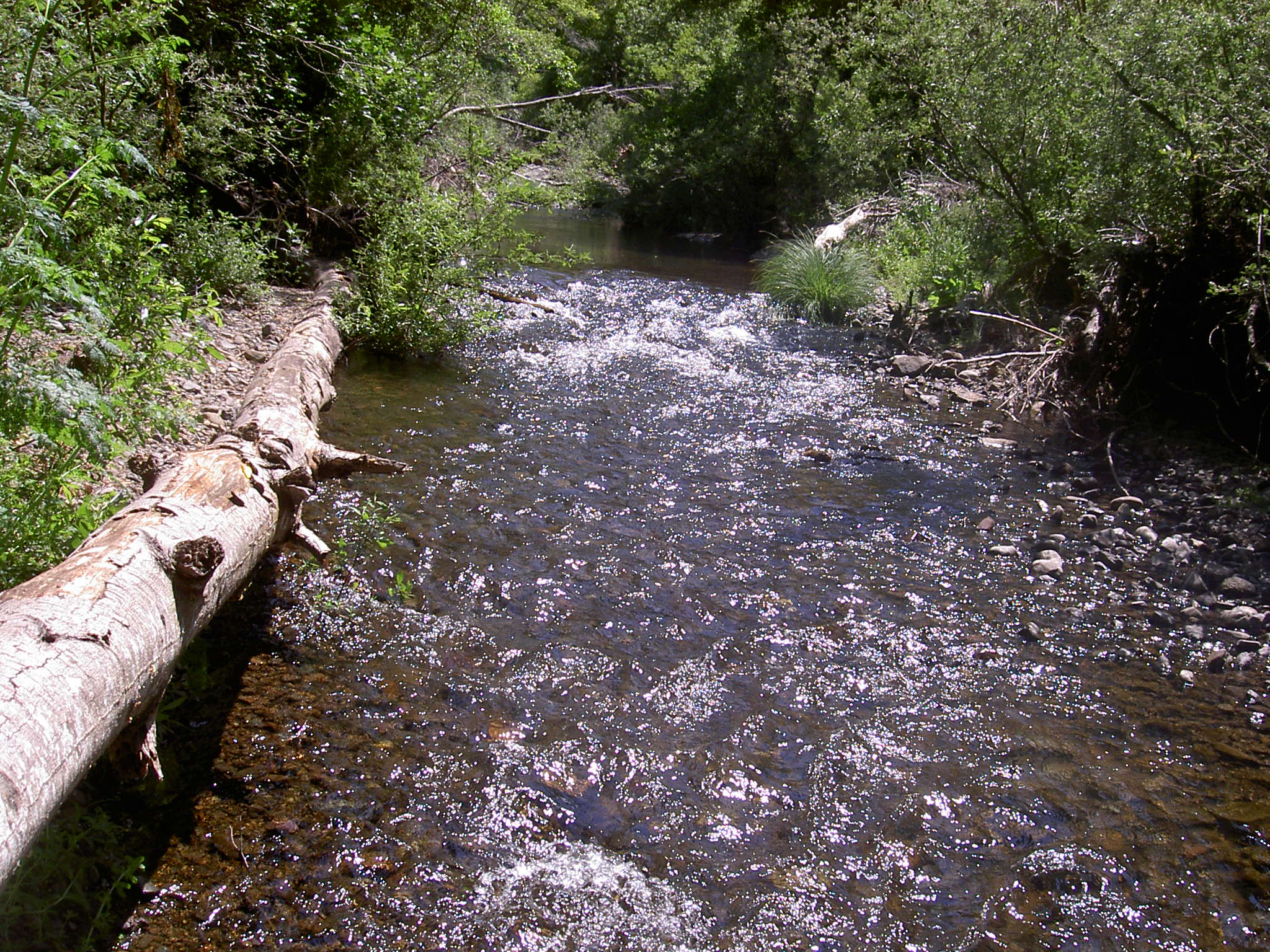 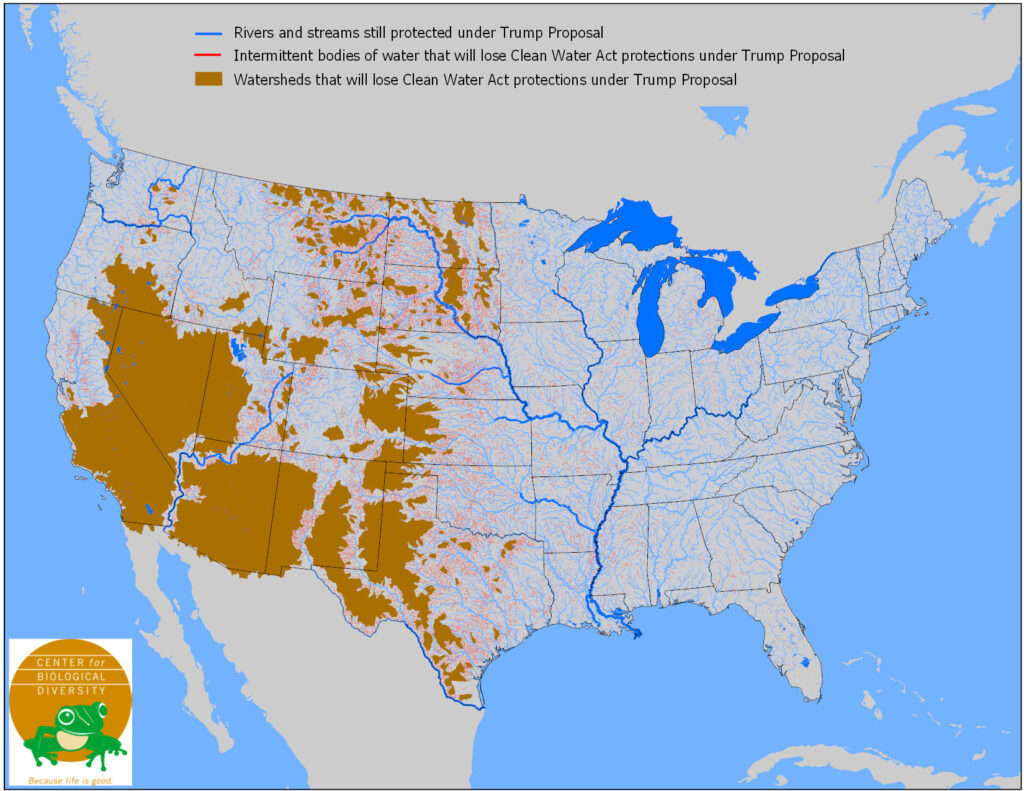 WOTUS map by the Center for Biological Diversity that shows areas affected by the new ruling.

WASHINGTON — On Jan. 23 the Trump administration finalized a plan to slash Clean Water Act protections for streams, rivers, and millions of acres of wetlands, allowing those waters to be destroyed and polluted with impunity.

The loss of protections triggered by the Trump rule will ultimately accelerate the extinction of more than 75 endangered species in the San Francisco Bay Area, including red legged frogs, freshwater shrimp, and coho salmon. In the South Bay, East Bay and Marin and Sonoma counties, ephemeral drainages will lose protection and negatively affect streams that support anadromous salmonids.

“Throughout the Bay Area, groups are working to rebuild populations of severely endangered species like coho salmon and freshwater shrimp,” said Annalisa Tuel, Policy & Advocacy Manager with Turtle Island Restoration Network. “If this plan goes through, it could undo all the important work of the past two decades.”

The rule follows Turtle Island Restoration Network’s lawsuit in 2015 challenging exemptions for industries in the “waters of the United States” rule that could open the door to more pollution of wetlands, streams and other waterways. The rule, finalized in 2015 by the Environmental Protection Agency (EPA) and U.S. Army Corps of Engineers, defines which waterways can be protected against being destroyed, degraded, or polluted without a permit under the Clean Water Act.

Today’s final rule limits protections only to wetlands and streams that are “physically and meaningfully connected” to larger navigable bodies of water. The radical change will virtually eliminate the Clean Water Act’s protections across the arid West, from West Texas to Southern California, including most of New Mexico, Arizona and Nevada.

An analysis by the Center for Biological Diversity, combined with leaked government documents, estimates the final rule will dramatically reduce Clean Water Act protections for streams and wetlands across more than 3,000 watersheds in the western United States.

“The remaining largest and most southern wild population of Central California Coast coho salmon are fighting to survive locally,” said Ayano Hayes, Watershed Biologist with the Network. “This ruling will eliminate their best chance for recovery, especially during a time when their population has been below average and fluctuating drastically from year to year.”