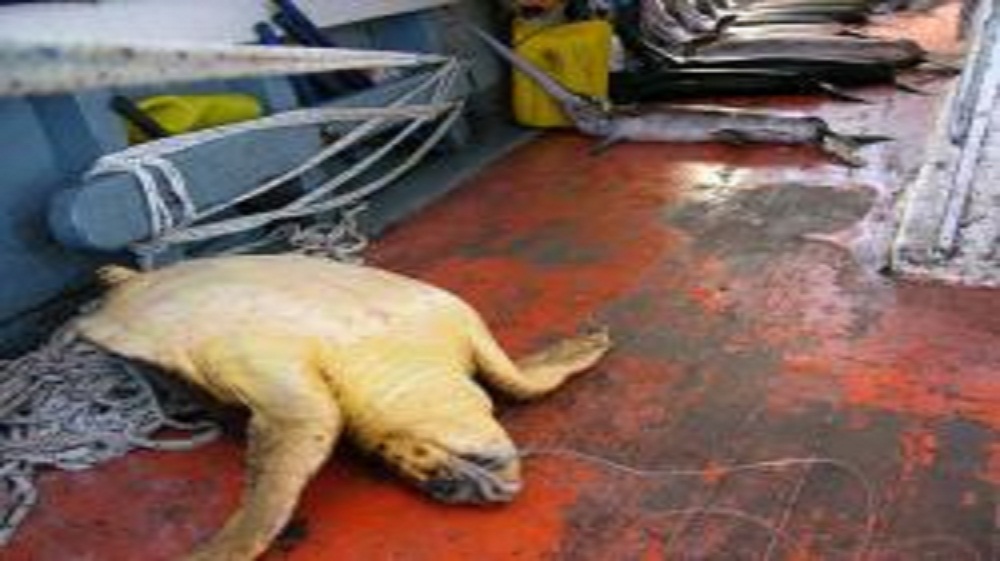 In a travesty of economic power over scientific data, self-appointed seafood sustainability “watchdog” the Marine Stewardship Council (MSC) awarded its eco-label to the Florida longline swordfish fleet today, despite evidence of substantial levels of by-kill of sea turtles and other endangered species.

Leading ocean conservation organization, SeaTurtles.org, strenuously challenged the designation, going so far as to invoke the MSC’s high-cost appeals process, paying an US$8,000 fee in order to present evidence that contradicts MSC sustainability claims for the fishery. Background and documents here.

“The only thing sustainable about the Florida swordfish fishery is its short-term profit,” said Teri Shore, Program Director at SeaTurtles.org. “The eco-label will dupe well-intentioned seafood lovers into thinking that longline-caught swordfish is ocean friendly when it is far from it. It’s time to strip the word ‘sustainable’ from the MSC label and insert ‘profitable’ instead.”

The Florida swordfish fishery captured an estimated 147 endangered leatherbacks and loggerheads from 2005 to 2009. The fleet often captures more loggerheads each year than the much larger Gulf of Mexico or Hawaii longline fleets, which was shutdown in November after taking its legal limit of 16 leatherbacks.

These problems were downplayed by the certifier MRAG Americas of St. Petersburg, FL, which conducted the fishery assessment for the Day Boat Seafood swordfish fleet based in Lake Park, Florida.

“The huge fee is an economic barrier erected by the MSC to preclude non-profit science-based stakeholders from challenging decisions that mean big profits for industrial fishing interests,” said Teri Shore, Program Director at SeaTurtles.org. “Let’s not forget that MSC is a creation of Unilever, the multi-billion dollar European consumer products giant; it doesn’t take much to connect the dots and see which way the playing field is tilted here. Was it easy for us to pay the fee in order to ensure that endangered marine wildlife had a voice in the process? Absolutely not, but we had little choice.”

Capture and death in longline fisheries remains a major factor in the decline of sea turtles and their continued risk of extinction. The Florida fleet uses the same types of hooks and baits required in any other U.S. Atlantic longline fleet. However, these measures have not prevented the decline of Florida sea turtles or allowed for any U.S. sea turtle population to reach recovery goals.

Next in line for certification is the Canadian longline swordfish fishery, which captures 1,200 or more sea turtles every year.