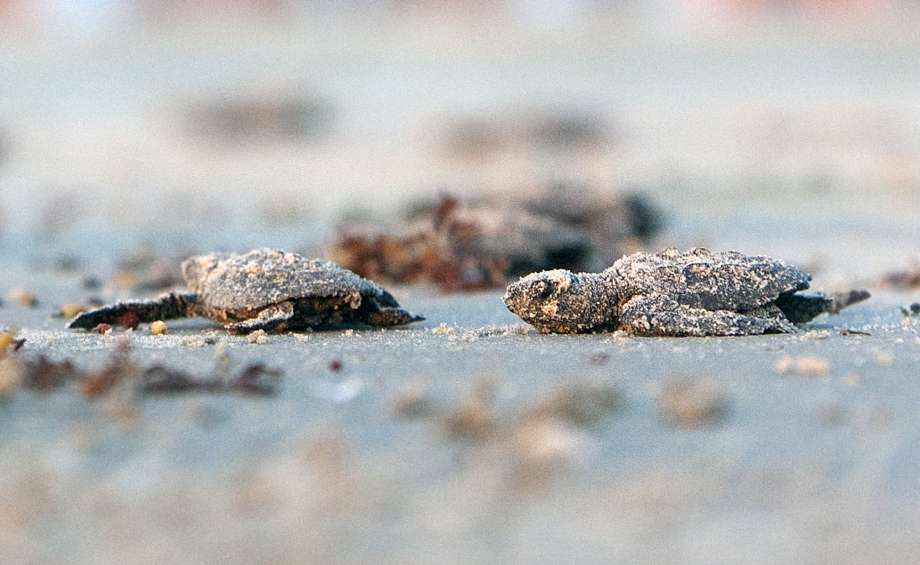 It was a pretty exciting nesting season!

Turtle Island Restoration Network is a leading advocate for endangered sea turtles – from tiny Kemp’s ridley hatchlings in the Gulf of Mexico to gentle, giant Pacific leatherbacks off the California Coast.

Our science-based programs protect nesting beaches, stop deadly fishing practices, and halt other threats to sea turtle survival through hands-on conservation and effective advocacy. We asked the Campaign Director at our Gulf office in Galveston, Texas,  Joanie Steinhaus, about nest patrols on the Gulf coast. Here’s what she had to say:

What’s a typical day like for a volunteer on a nest patrol?
Volunteers have to be tough to do this job. Sea turtles like to nest on cloudy, rainy days, and volunteers are often going out in muggy conditions. The nesting season is from April to July, and we walk or drive UTVs along the beach looking for Kemp’s ridley and loggerhead sea turtle nests. We patrol two times per day. Routes begin at 7 AM and 10 AM. When we find a nest we excavate the turtle eggs and transfer them to Padre Island National Seashore for incubation and release. If we are fortunate to see a female turtle nesting, we check for previous tags, if none are found the female receives a flipper tag and a PIT tag (a small electronic tag that can be automatically detected and decoded – eliminating the need to handle creatures during data retrieval). A tissue sample is taken and blood is drawn. Plus we measure the shell!

What do you do when you find an injured turtle?
When we find injured turtles, we call the National Marine Fisheries Service. For over a decade, Turtle Island Restoration Network has supported their hotline on the Texas coast for injured or dead sea turtles.This number is also used to report nesting sea turtles. If you come across a nest, hatchlings, or injured turtles, please call 1-866-TURTLE-5 (TX) or 1-888-404-FWCC (FL). 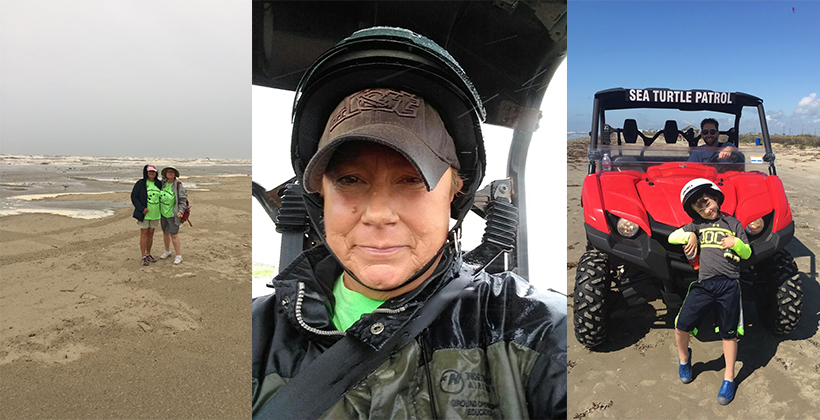 What do the nesting numbers mean, and how do they compare to last year?
Turtle Island along with our volunteers and partners patrol the Texas coast looking for Kemp’s ridley and loggerhead sea turtles. In the four years I’ve worked for Turtle Island Restoration Network, the highest number of nests we had one year was about 209 nests in 2012 on the Texas coast. This year, we had 353 nests. It was a huge record breaking year.

2010 is a very significant year because of the Deepwater Horizon oil spill in the Gulf of Mexico. This was the largest spill in US waters. Prior to 2010 we were seeing an increase of nests every year. Since 2010, the number of nests has been on the decline. Sea turtle nests have been on the road to recovery, but we’ve still got a long way to go.

What was the most interesting thing that happened this year?
During the 2017 nesting season, we responded to multiple nests on April 25th and May 16th and 17th. It’s not normal for us to find multiple nests in one day, so we are looking forward to our 2018 nesting season to see if this trend continues.

What should someone do if they want to volunteer on a nest patrol?
If someone wants to help us count sea turtle nests next year, all they have to do is email turtlepatrol@tirn.net. We patrol over 72 miles of beach. And in addition to looking for evidence of nesting turtles, our volunteers find stranded turtles, injured birds, dolphins, an other coastal wildlife. Volunteers must attend an onsite training course in either February or March.