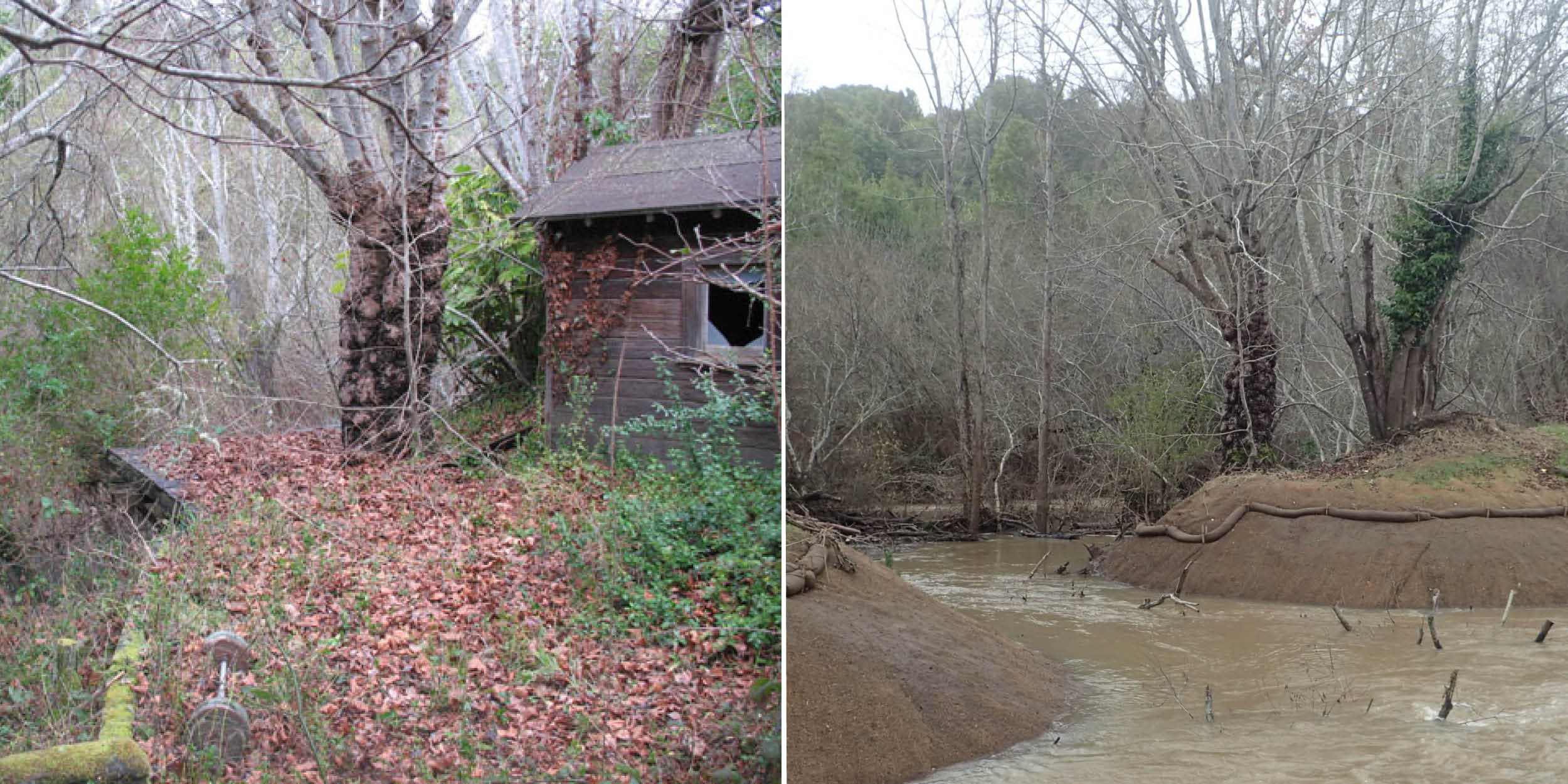 OLEMA—After just 10 weeks, a half-mile stretch of Lagunitas Creek on Golden Gate National Recreation Area lands has been transformed from a dilapidated ghost town full of debris to a water-receiving floodplain with side channels that will provide shelter and spawning grounds for critically endangered Coho Salmon.

“It’s behaving exactly as we hoped it would,” said Bolt Seymour, SPAWN’s Habitat Restoration Technician. “It’s allowing Mother Nature to work naturally, without the restrictions that had plagued it for decades.”

The recently completed first phase of the project has re-created a large, dynamic floodplain that had been buried under 20 feet of dirt and cement for decades, obstructing critical habitat for Coho Salmon and other wildlife including the endangered California freshwater shrimp and the threatened California red-legged frog.

Following the removal of numerous abandoned and dilapidated structures in 2016, phase one of the Lagunitas Creek Floodplain and Riparian Restoration Project broke ground in early August 2018. The first phase involved removing over 10,000 cubic yards of fill and abandoned structures dumped in the floodplain; creating side channels to create refuge habitat for juvenile salmon and trout; installing large woody debris to increase stream complexity; removing invasive plants; and reforesting the riparian corridor with over 9,000 native plants from SPAWN’s Native Plant Nursery. Phase two of the project will begin in August 2019.

Hundreds of volunteers have assisted in transplanting and nurturing native plants to support the restoration project. If you are interested in volunteering with SPAWN to help care for native plants and plant on our site, please email our Native Plant Nursery Manager Audrey Fusco at audrey@seaturtles.org.