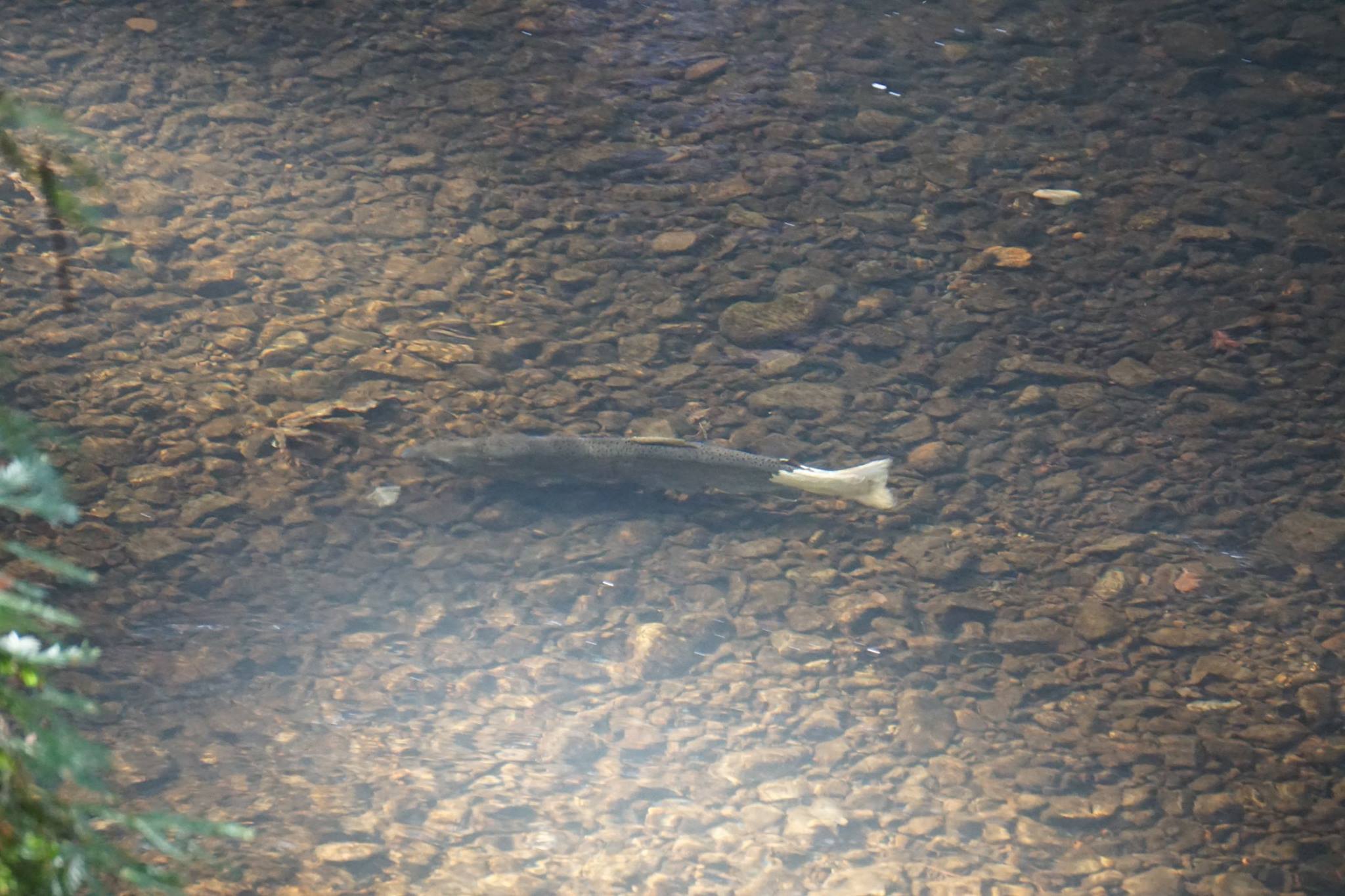 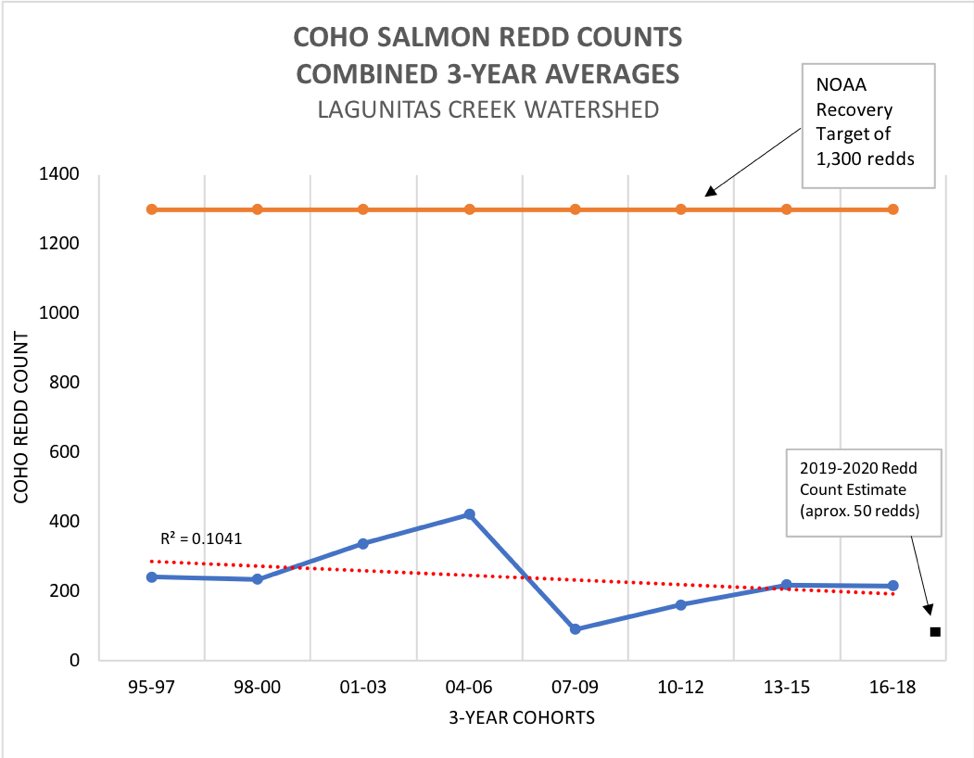 This graph includes coho spawning redd (nest) data collected in Lagunitas Creek from 1995 through 2019. Each point on the graph represents the 3-year geometric mean (annual average number of redds recorded for three consecutive annual cohorts). Using the geometric mean gives an estimate of the total population of this species because coho salmon have a rigid three-year birth to death life cycle. The 2019-20 count to date is 46 (black square), but is anticipated to increase slightly before the spawning season ends to approximately 50 redds.

OLEMA, Calif. — As this year’s spawning season for Marin County’s coho salmon comes to an end, biologists are reporting some of the worst spawning numbers in nearly a quarter century.

Only a total of 44 nests (called redds) were reported so far for Lagunitas Creek, San Geronimo Creek, Woodacre Creek and Arroyo Creek. This is despite above average rains that have allowed salmon to migrate upstream unencumbered, and excellent conditions for monitoring the population. While a few more nests may be recorded before the season ends in the next couple of weeks, few if any un-spawned fish have been seen in recent surveys.

Marin Municipal Water District reported on Jan. 8 that the most recent survey documented only five coho and two new redds in Lagunitas Creek, San Geronimo Creek, and Devil’s Gulch in the last week. The average for this time of year is about 50 coho and 20 new redds per week.

“We have only seen evidence of three redds in all of the San Geronimo tributaries this year, barely bringing up the numbers reported so far by MMWD,” said Ayano Hayes, SPAWN’s watershed biologist.

“Even the bleak 250 average redds documented in the past 24 years of surveying is too low to provide the resiliency needed to balance good and bad years necessary for survival,” said Preston Brown, SPAWN’s watershed conservation director.

“We have a very long road ahead to ensure this species survival,” said Hayes.

Government agencies responsible for the recovery of coho salmon have recognized the importance of the Lagunitas population to overall efforts, making millions of dollars in state and federal grants available to recover the species here.

“We can certainly be proud of the excellent restoration projects completed in recent years in the Lagunitas Watershed by government agencies and SPAWN. Without these efforts, we might have no returning fish this year,” said Todd Steiner, biologist and executive director of SPAWN.