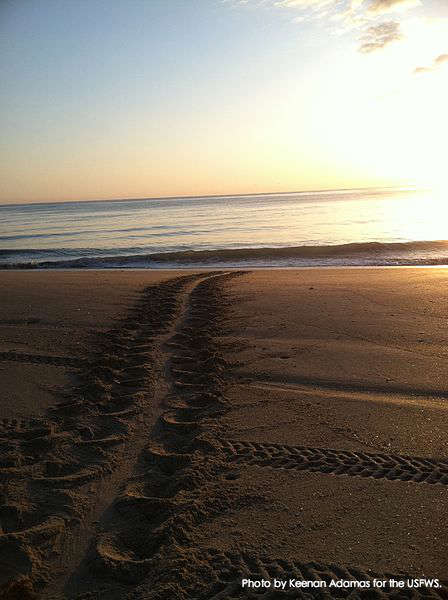 Houston (April 30, 2014) – The critically endangered Kemp’s ridley sea turtles return to the beaches of Texas and Mexico in April, May and June every year to lay their eggs. Just this week on April 27 and 28 the first two Kemp’s ridley sea turtle nests of the 2014 season were found on the Padre Island National Seashore, according to Dr. Donna Shaver of Padre Island National Seashore.

“We are thrilled to see the first Kemp’s ridley sea turtles returning to our beautiful Texas coast just in time for our ‘Shell-e-bration’ event on May 10th in their honor,” said Carole Allen, Gulf of Mexico director for Turtle Island Restoration Network, an organization working to protect the endangered sea turtles.

“These are Texas’ very own sea turtles. They come to our coast each year and it is our duty to protect them,” added Allen.

The public can help by: