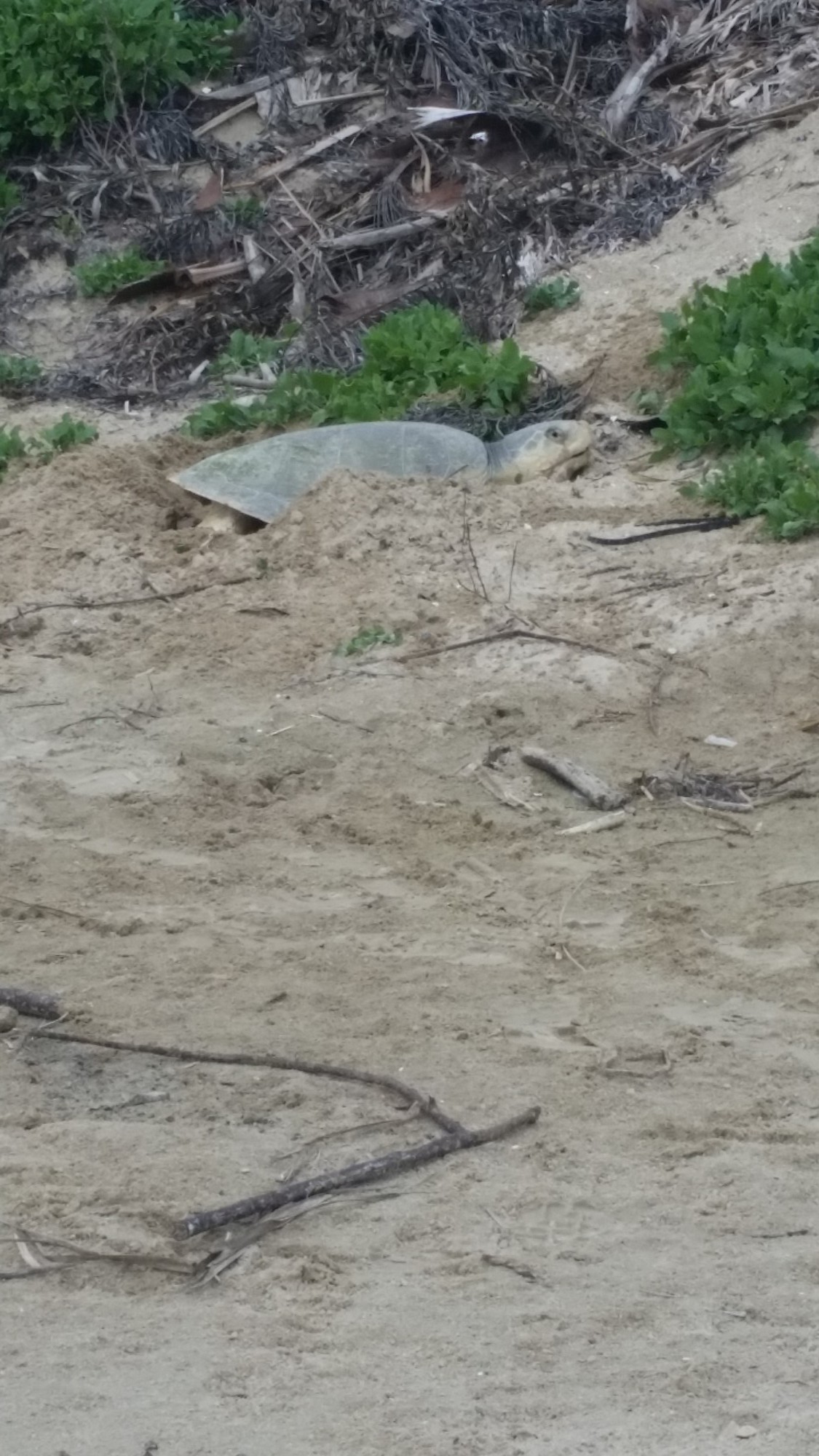 Galveston, Texas (April 30, 2015) – On April 24, the Kemp’s ridley nesting season officially began on the Texas coast, with the first nest found on South Padre Island. Turtle Island Restoration Network patrol teams have been walking along the Upper Texas Coast for weeks now, looking for sea turtles, crawl tracks, and disturbances in the dunes that would indicate a sea turtle had left the water to look for a suitable place to lay eggs.

“It’s exciting to have so many dedicated volunteers walking our beaches six days a week looking for nesting turtles,” said Joanie Steinhaus, associate director of Turtle Island’s Gulf of Mexico office  (SeaTurtles.Org). “The volunteers will continue walking the beaches through mid-July and we are hopeful we still see more nesting turtles this year.”

The Galveston County Crew located the first sea turtle nest of the season was found on the Upper Texas Coast. As of April 29th, eight sea turtles have been found. The latest nesting numbers can be found here: https://seaturtles.org/turtle-count-texas-coast/.

From 2012 through 2014, there has been a 48.2 percent decrease in the number of nests in both Mexico and the United States. It’s important that public drive slowly and watch out for sea turtles, as they sometimes blend in with the sand.

Turtle Island asks that visitors to the Texas coastline call 1-866-TURTLE-5 (866-887-8535) should they encounter a sea turtle on the beach. Your call will be answered by a federal, state or non-profit agent.

If a camera is handy, photos are welcome should the turtle finish the nest and return to the water before a federal or state official arrives to the site. Because Kemp’s ridleys are a federally protected endangered species, disturbing their nests can lead to penalties.