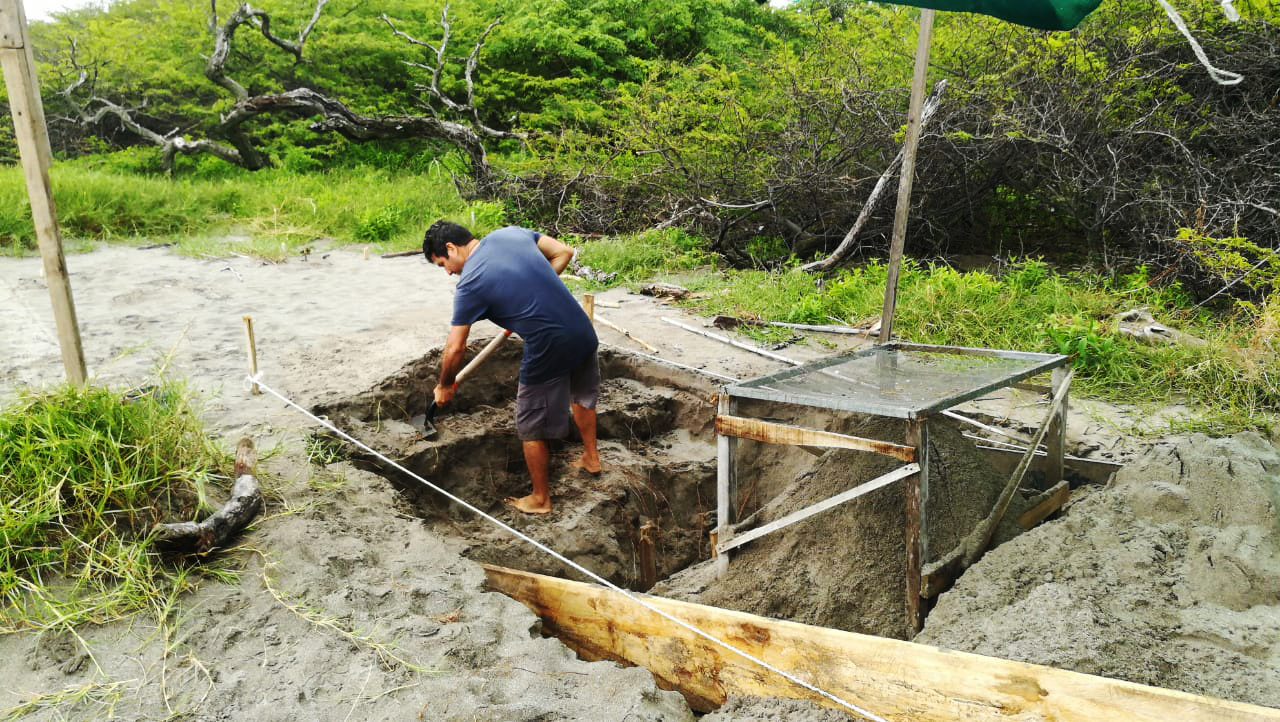 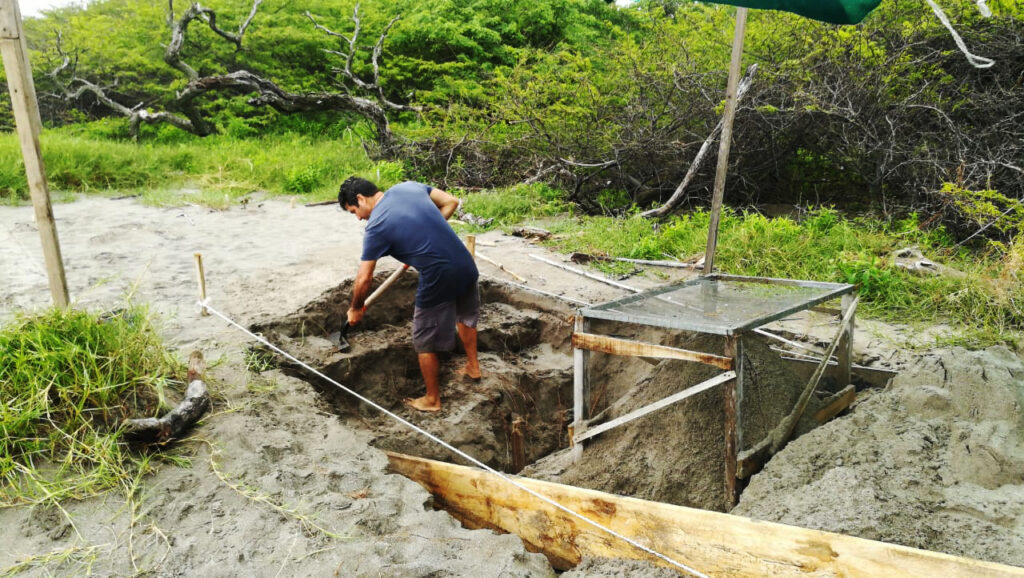 Out of the different populations of leatherback sea turtles, Pacific leatherbacks are the most at-risk for extinction. Researchers estimate that 90% of the nesting population has declined over the last three generations! This is a race against time, and we need to make every possible effort to save the leatherbacks.

For this reason, Turtle Island Restoration Network will be joining forces with Guanacaste Dry Forest Conservation Fund to protect the sea turtles of Playa Naranjo. To prepare for the upcoming nesting season (November-February), our colleagues have already begun to build the hatchery that will protect the eggs. 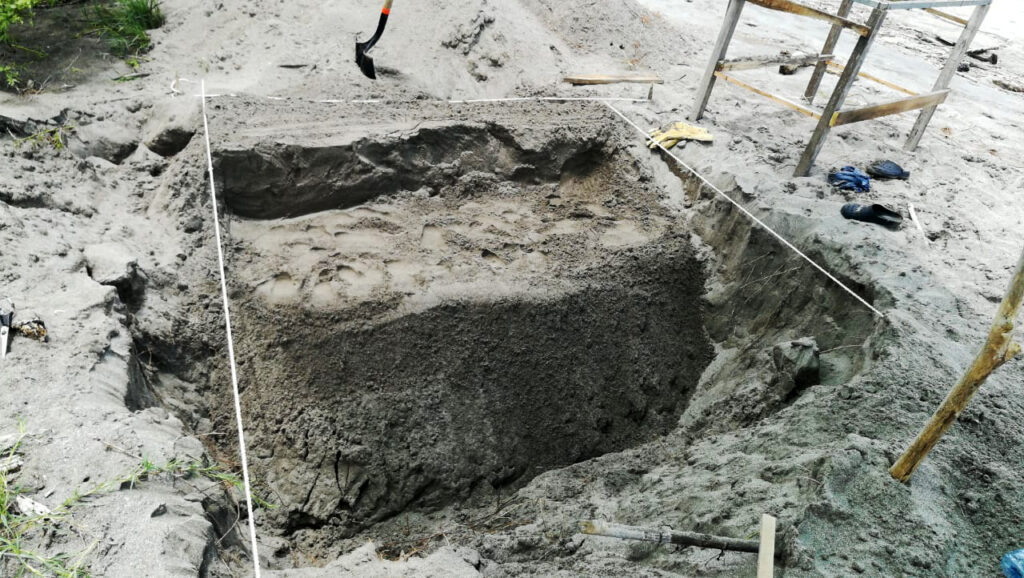 Playa Naranjo is located in Santa Rosa National Park, Guanacaste. This remote paradisiacal beach, famous among surfers, is within a five hour drive from San Jose, the capital of Costa Rica and can only be accessed by 4×4 vehicles. Naranjo is a secondary nesting beach for endangered leatherback sea turtles (Dermochelys coriacea).

Despite being located within the limits of a national park that grants protection against poachers, researchers have found that high temperatures are affecting the incubation of eggs. The sex of a sea turtle is determined by the temperature at which the egg is incubated, with higher temperatures producing more females. To increase the hatching rate, eggs are relocated to a hatchery that provides shade and reduces the temperature of the sand.

Luis Fonseca, the program coordinator, is a Costa Rican biologist. He has been working in the beaches of Nancite, Naranjo and Bat Islands in Guanacaste for more than 15 years with GDFCF. Arribadas in Nancite (beach next to Naranjo) has been one of his main fields of research. His work has also led him to study the interactions between jaguars and sea turtles which has caught the attention of international television networks such as BBC and National Geographic. 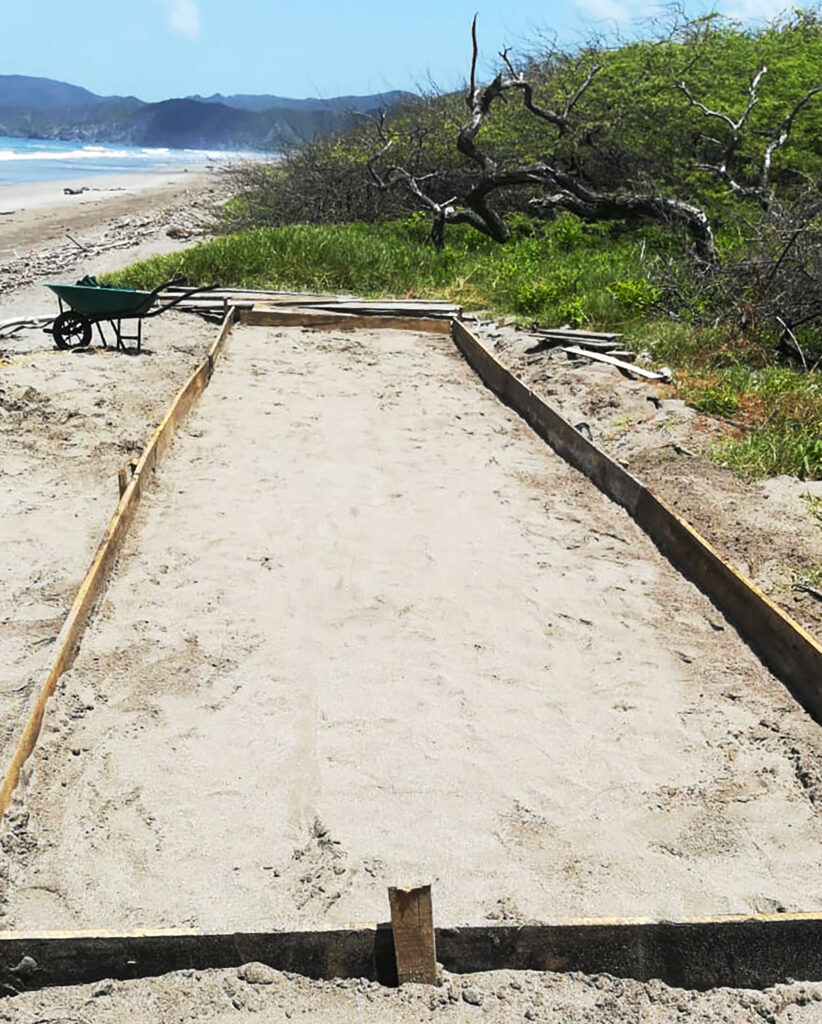