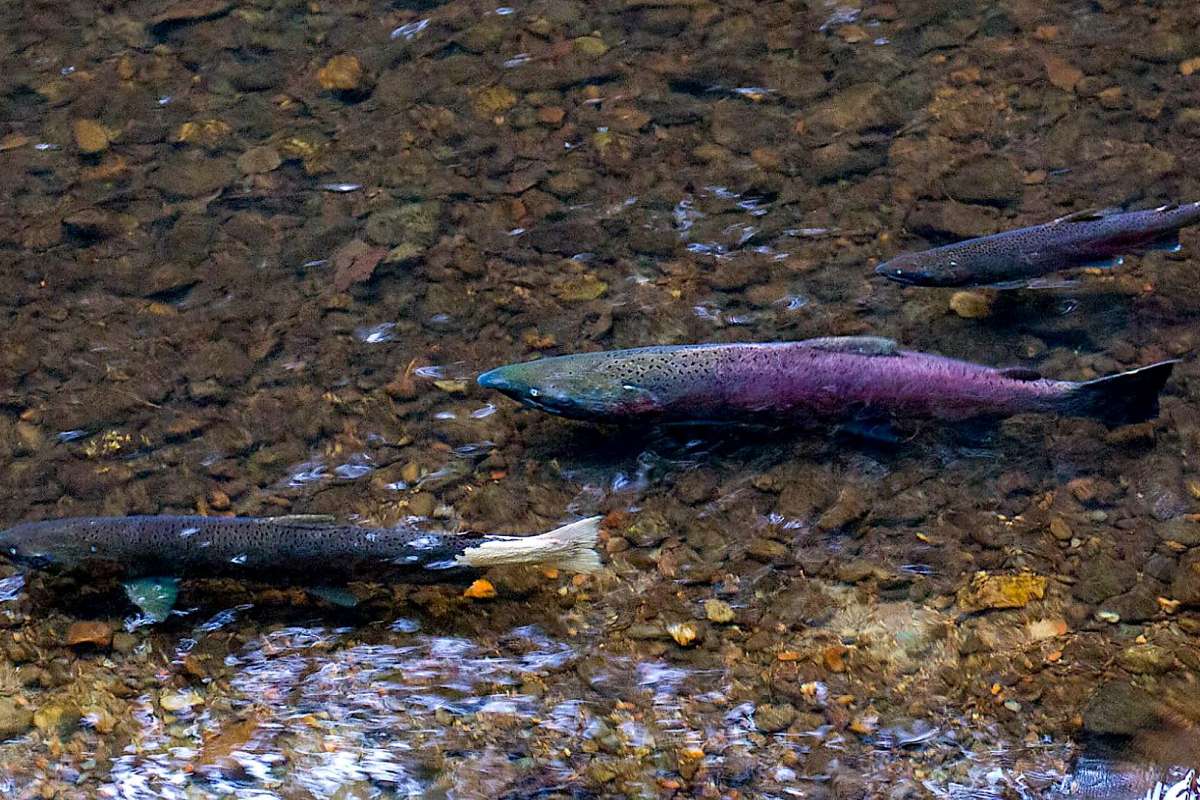 Marin County, CA — The Salmon Protection and Watershed Network (SPAWN) is offering the Bay Area community an opportunity to experience one of Marin County’s most magnificent natural phenomena: the local population of endangered Coho salmon returning from the ocean to spawn.

Following the first hard rainfall each winter, wild Coho salmon return to their natal streams and can be observed spawning, or laying eggs. For more than 20 years, SPAWN has led Creekwalk Tours that explore the Lagunitas Creek Watershed—home to the largest remaining run of wild Central California Coast Coho—where people can witness endangered Coho salmon at the peak of their spawning season, trying to revive their diminishing populations that are threatened by human activity.

“Locally, wild Coho have experienced perilous declines over the past five decades,” said Preston Brown, SPAWN’s Director of Watershed Conservation. “Going on a Creekwalk Tour is the best chance for people to connect more deeply with the Coho’s struggle, and see firsthand the importance of saving this keystone species.”

Due to human-related activities including urbanization, degraded water quality, poor land use practices, logging, mining, dams and reservoirs, overharvesting of marine fisheries, and climate change, the population of Central California Coast Coho salmon has declined more than 95 percent from historic levels. Running through Marin County, Lagunitas Creek Watershed is one of the most important waterways left for these wild Coho salmon, supporting about 20 percent of the surviving fish in Central California.

Last year, the number of fish returning from the ocean to spawn was the fifth lowest since monitoring began 22 years ago. However, Brown says, the adults returning this year to spawn was an above average count of juveniles when they left for the ocean two years ago, with about 10,000 leaving the watershed.

“The hopes for seeing an above average number of fish returning this year are pretty high,” Brown said. “The more healthy fish the watershed produces, the more likely they are to survive in the ocean and return to spawn as adults. Our actions in the watershed affect that ability of young fish to survive—they need healthy habitats such as floodplains, streamside trees, large woody debris, and good water quality.”

To ensure Coho salmon remain part of the ecosystem for generations to come, SPAWN is currently undertaking their most ambitious habitat restoration project yet—restoring a one-mile-long stretch of river habitat within the Golden Gate National Recreation Area. The recently completed first phase of the project has re-created a large, dynamic floodplain that had been buried under 20 feet of dirt and cement for decades, obstructing critical habitat for Coho salmon and other wildlife including the endangered California freshwater shrimp and the threatened California red-legged frog.

“We’ve already seen a lot of juvenile Coho and Steelhead assembling in feeding lanes and behind large woody debris, which means fish are recognizing it as habitat,” Brown said. “They’re finding conditions they prefer—food, slow water, and cover from predators.”

In addition to seeing the remaining population of endangered Coho salmon, Creekwalk Tours explore native habitats and animals, the history of the watershed, and anything encountered along the way. Creekwalk Tours occur from December to January at the Samuel P. Taylor State Park in Lagunitas and are $15 per person. To learn more about Creekwalk Tours and to register, visit www.seaturtles.org/creekwalk.