Commercial fishing gear is one of the most common ocean plastics reported in marine litter surveys. More than 70% of marine animal entanglements involve abandoned plastic fishing nets, making it the most deadly form of plastic pollution in the ocean. 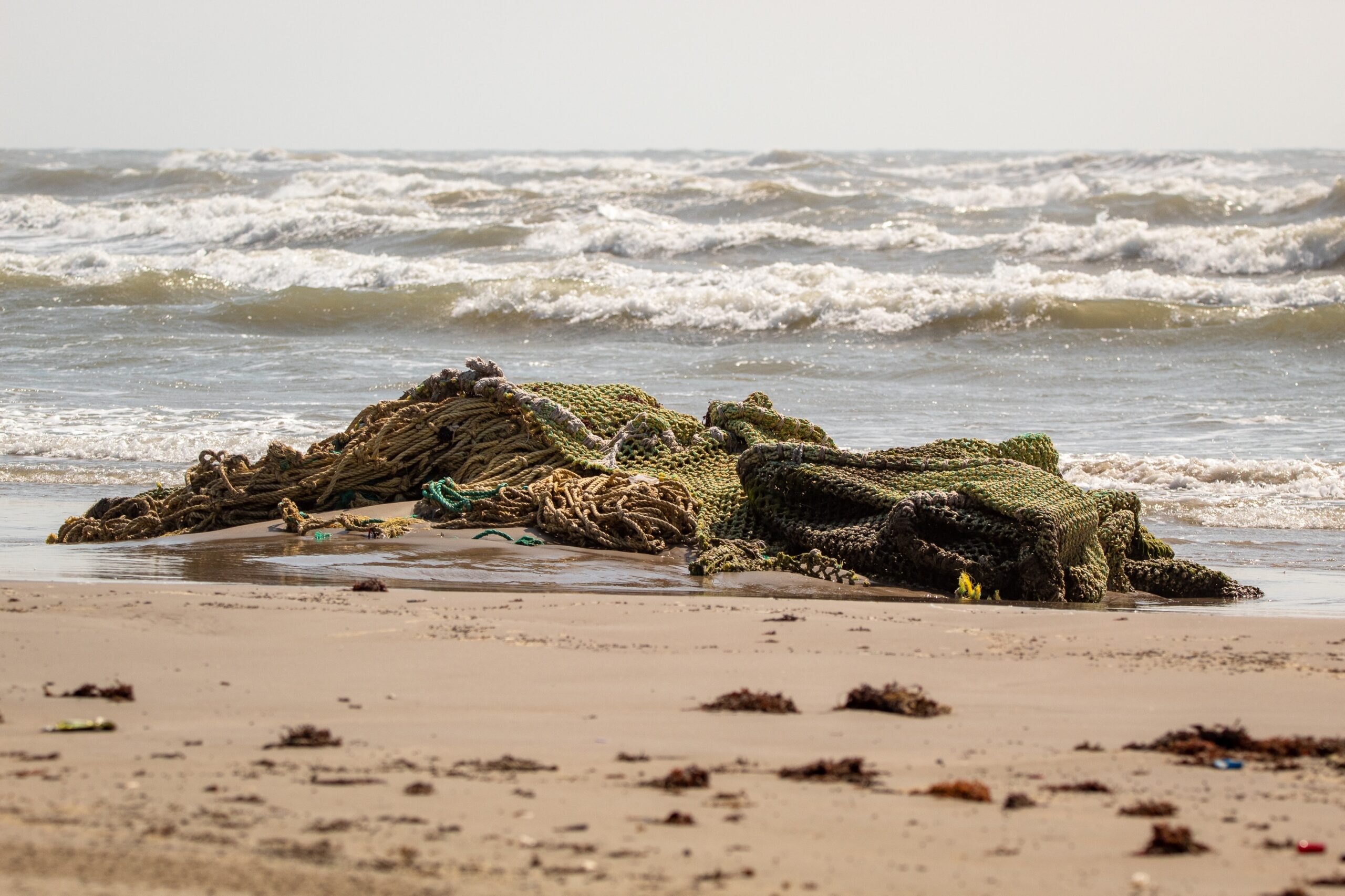 The single biggest single source of plastic choking sea turtles and other marine species is made up of purposefully or accidentally lost, discarded, or abandoned fishing nets, ropes, and plastic fishing crates and baskets.

According to a study published in March 2018 in Scientific Reports, approximately 46% of the 79 thousand tons of ocean plastic in the Great Pacific Garbage Patch is made up of fishing nets, some as large as football fields—not plastic bottles or packaging. The study also found that while fishing nets account for 46 percent of the trash, with the majority of the rest composed of other fishing industry gear, including ropes, oyster spacers, eel traps, crates, and baskets.

Due to poor waste management systems around the world, the majority of plastic packaging that is sent to landfills ends up in our natural environments. The industry of fresh meat, poultry, and seafood make up a significant portion of contributors to plastic packaging.

In addition, microplastics—small plastic pieces less than five millimeters long—have been detected in marine organisms from plankton to whales, in commercial seafood, and even in drinking water. While the impact ingesting microplastics has on humans is unknown, research indicates the bioaccumulation of microplastics in the food web may eventually lead to problematic health concerns for both the environment and humans.

Are there microplastics in your seafood?