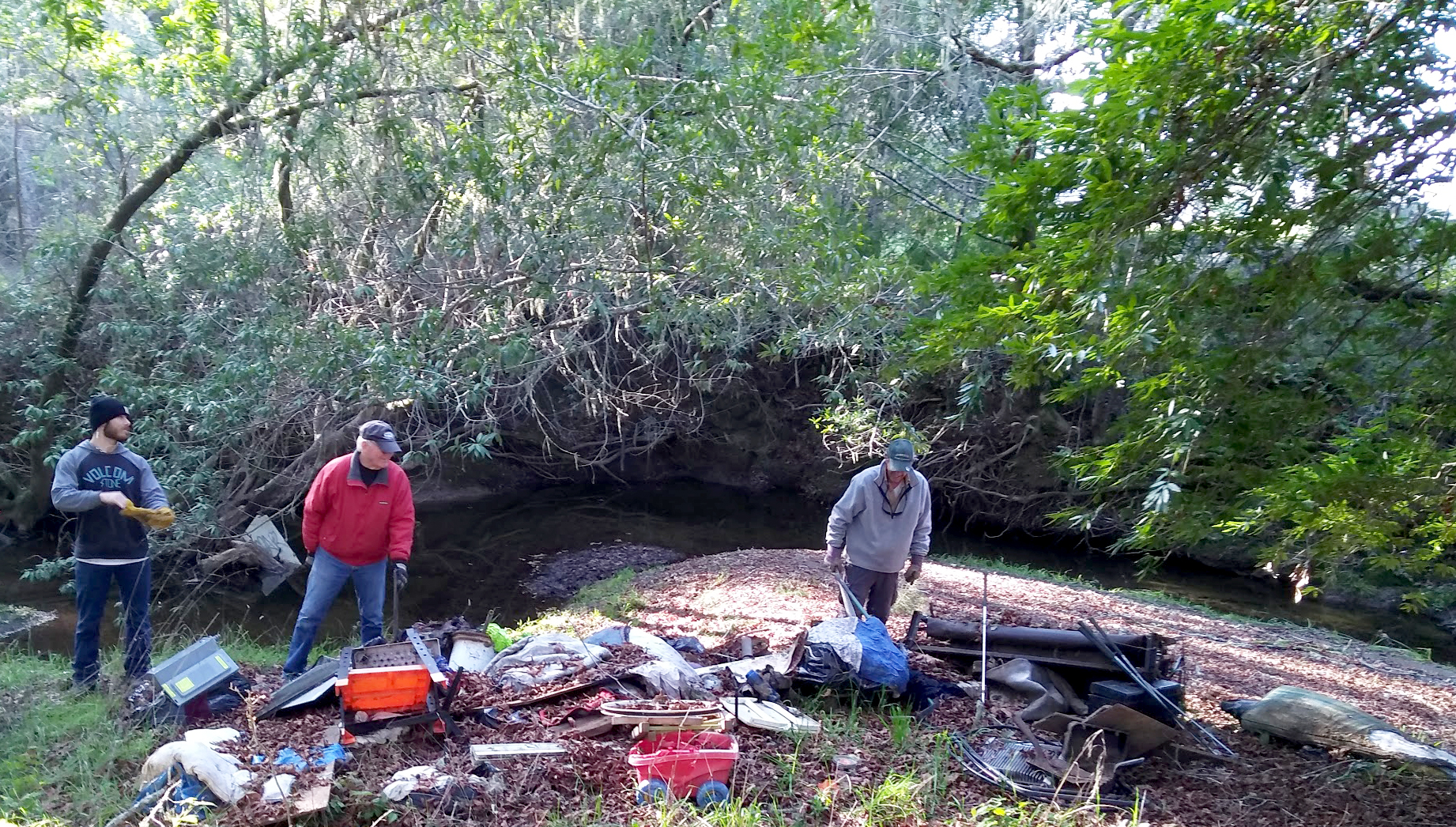 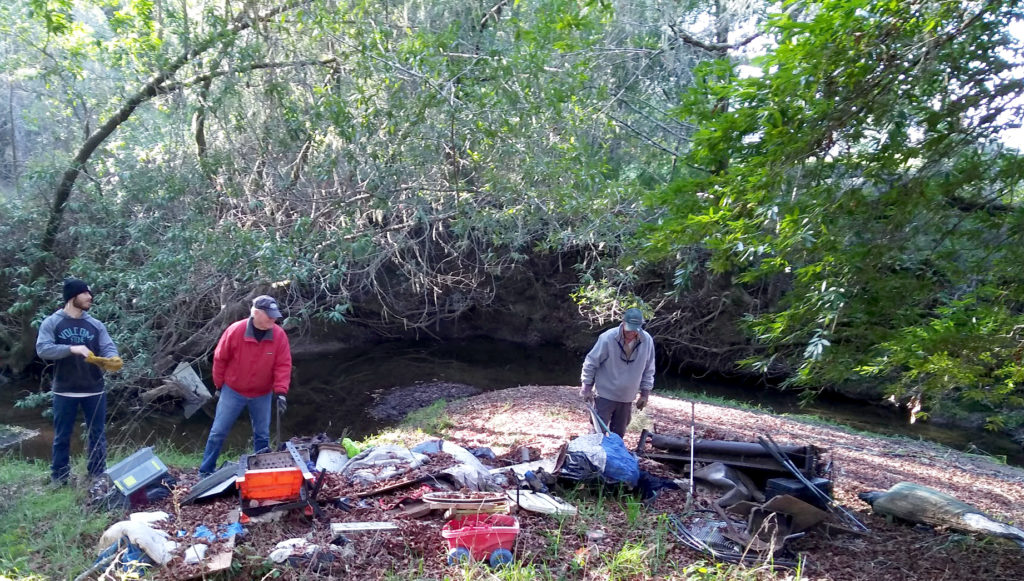 Staff and volunteers of the Salmon Protection and Watershed Network (SPAWN) removed garbage and debris from the remains of a camp in Lagunitas on Friday, Jan. 4 that would otherwise be carried downstream by forecasted storms. | Photo by Turtle Island Restoration Network

LAGUNITAS—Staff and volunteers of the Salmon Protection and Watershed Network (SPAWN) removed garbage and debris from the remains of a camp in Lagunitas on Friday that would otherwise be carried downstream by forecasted storms.

“We put out the word to our members in the community, and the next day we had 15 volunteers and staff spending hours pulling trash that included abandoned electronic equipment containing toxic metals, to rotting couches and sleeping bags,” said Preston Brown, Watershed Conservation Director and Project Manager of SPAWN.

It took the crew of 15 several hours to haul two truck-loads of waste up the banks and to the road where it could be loaded into a truck and hauled to the dump. Todd Steiner, executive director of Turtle Island Restoration Network, SPAWN’s parent organization, had already discovered part of a tent covering a known salmon nesting site a short distance downstream the day before.

“We needed to get this out of the flood zone before the storm or we would end up with toxic trash floating downstream, smothering salmon nests and littering people’s backyards downstream,” Steiner said.

Stream pollution, including human and animal waste, pesticides, excessive fertilizers and litter, contribute to declining populations of Coho salmon, and add large amounts of pollution to our neighborhood waterways. Lagunitas Creek in Marin County is listed by the US EPA and State of California as highly polluted for pathogens and sediment.

Ron Davis, a Forest Knolls resident and ardent fisherman, was among volunteers who joined SPAWN for the clean up.

“When SPAWN put out the word, I was happy to jump in and help clean up critical habitat for local spawning salmon,” Davis said. “This was a toxic and physical hazard for the fish, as well as a fire danger for our community—it appeared as though whomever had been living there had built open pit fires on the banks of the creek, as well as stockpiled all types of toxic garbage, probably removed from nearby dumpsters.”

After the clean up, SPAWN brought the debris to the Marin Resource Recycling Center, where the fee was reduced in half for the efforts.

“Without the support of our community and our members, there wouldn’t be any funds to have a truck or pay dump fees,” Steiner said. “It’s supporters like this that make this work possible.”

SPAWN offers many opportunities for individuals and groups to help with protecting endangered Coho salmon in the San Francisco Bay Area, including assisting with hands-on restoration projects, working in our native plant nursery, planting redwoods and other native plants, and more. If you are interested in volunteering with us, visit our website at www.seaturtles.org.