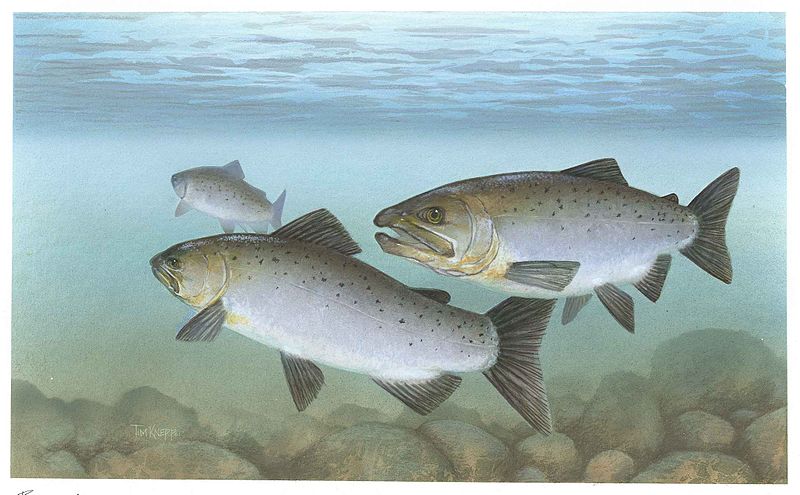 Forest Knolls, CA– SPAWN, the Salmon Protection And Watershed Network, has completed a study of known barriers that block fish from migrating into the San Geronimo Valley to spawn, in order to prioritize those in need of repair to help restore populations of coho salmon and steelhead trout in the Lagunitas Watershed, Marin County. The report recommends the removal of 53 barriers which would recover 4.5 miles of habitat for these species.

“With the information we have accumulated, we can now move forward with a comprehensive plan to open up important spawning and rearing habitat for salmon. These areas of our creeks have been blocked for decades by culverts, small dams, and other structures,” said Reuven Walder, SPAWN watershed biologist, and primary author of the report.

Thirteen creeks in the San Geronimo Valley were surveyed and 31 culverts (concrete or steel pipes that divert water under road crossings), 12 dams, and 10 miscellaneous structures were identified for removal. “If we can muster the resources and political support to repair or replace all these migration barriers, we can open up more than 4.5 miles of habitat that have been completely or partially lost to the fish,” commented Todd Steiner, director of SPAWN and one of the authors of the report. He continued, “This will go along way toward restoring these fish that have been assaulted by loss of habitat, reduction of water, pollution, logging and development pressures.”

“An important part of the study was to prioritize which barriers are blocking the most habitat and estimate the cost of repair, so we can use the limited resources that may become available as effectively as possible to get the ‘most bang for the buck,’ as we move forward,” added Walder.

The report does not address removing large dams, (such as Peter’s Dam on Lagunitas Creek creating Kent Lake, Seeger on Nicasio Creek creating Nicasio Reservoir that were built to supply drinking water for the majority of Marin residents, but rather small dams and culverts that either no longer serve any functional purpose or can be replaced with fish friendly technology.

“Some of these barriers are small dams that were built decades ago, when the area was largely rural. They were probably used to water livestock, and serve no purpose today,” said Walder. Other barriers, such as culverts that allow the creeks to flow under roads, can easily be replaced by newer designs that allow fish passage.

The complete study can be obtained by downloading it from SPAWN’s website, www.spawnusa.org, or by emailing a request to spawn@spawnusa.org . The County of Marin is conducting a similar study of culvert crossings in additional watersheds which is in process.

Lagunitas Creek Watershed (LCW) has been identified as one of the most important remaining waterway habitats for the threatened coho salmon and is considered one of the most robust in the state. Yet even here, the coho salmon have been reduced from an estimated 6000 in the 1940’s to a mere 500 – a decline of 90%. Due to the dramatic decline throughout all of California, this greatly reduced run represents approximately 10% of California’s remaining coho salmon.