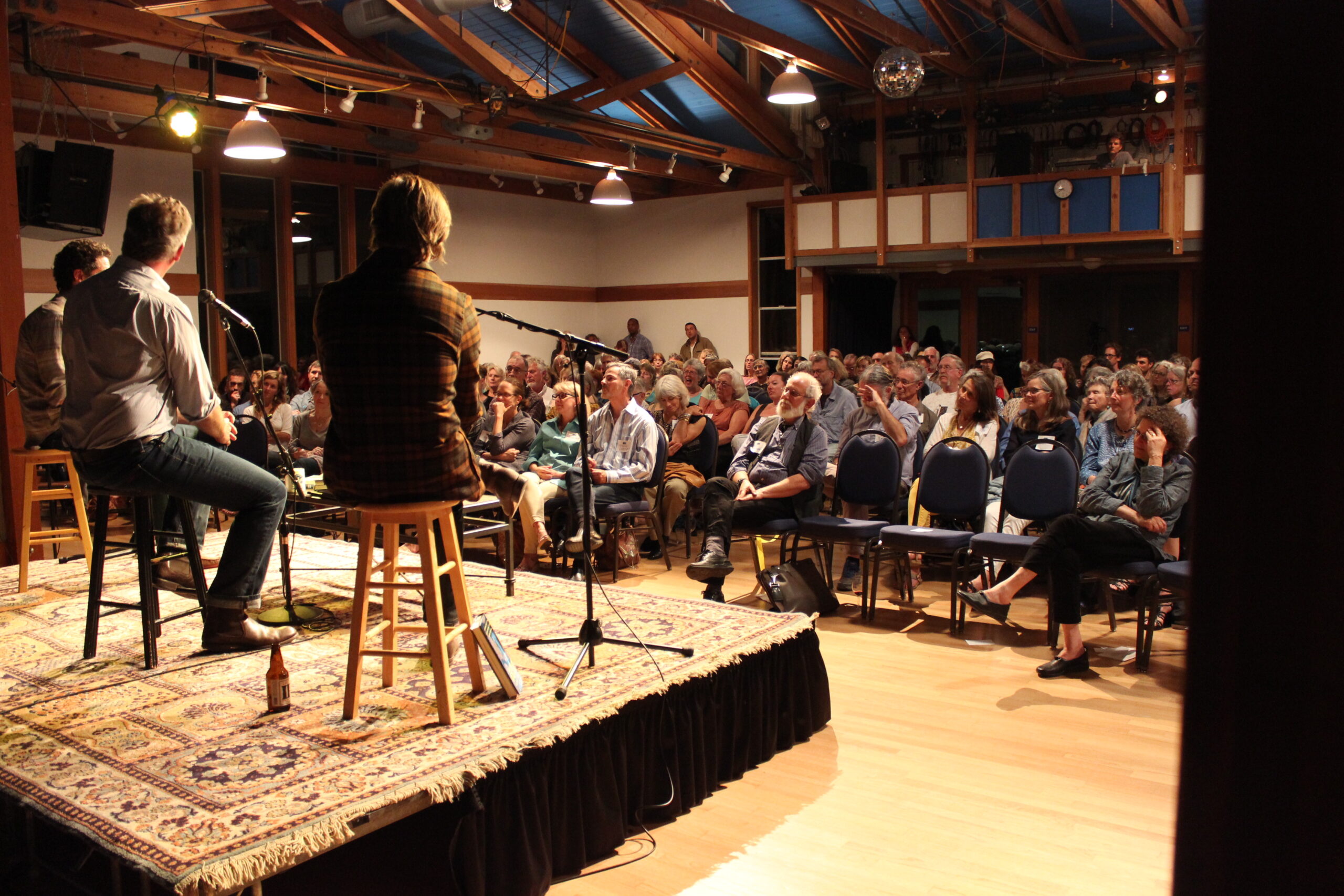 During the sold-out event, ocean-advocate and New York Times bestselling author Wallace J Nichols read from his innovative book, Blue Mind: The Surprising Science That Shows How Being Near, In, On, or Under Water Can Make You Happier, Healthier, More Connected, and Better at What You Do, which explores the cutting edge neuroscience that shows the benefits of being close to water. Nichols was joined in conversation by fellow ocean authors Jaimal Yogis, author of the best-selling coming of age memoir, Saltwater Buddha and The Fear Project and James Nestor, author of Deep—Freediving, Renegade Science, and What the Ocean Tells Us About Ourselves.

“Our community has a blue mind,” said Erica Heimberg, Director of Development at Turtle Island Restoration Network. “The turn out at our ocean literary benefit event shows that in the Bay Area we really do care about and value our ocean,” she added.

“Any opportunity to chat with fellow aquanuts is a good one, especially in Point Reyes — where I spend a couple months every year writing, surfing, swimming, and eating sandwiches,” says James Nestor, author of Deep. “That the event was a benefit for the great Turtle Island, and their awesome conservation work with marine animals, made it even better.” 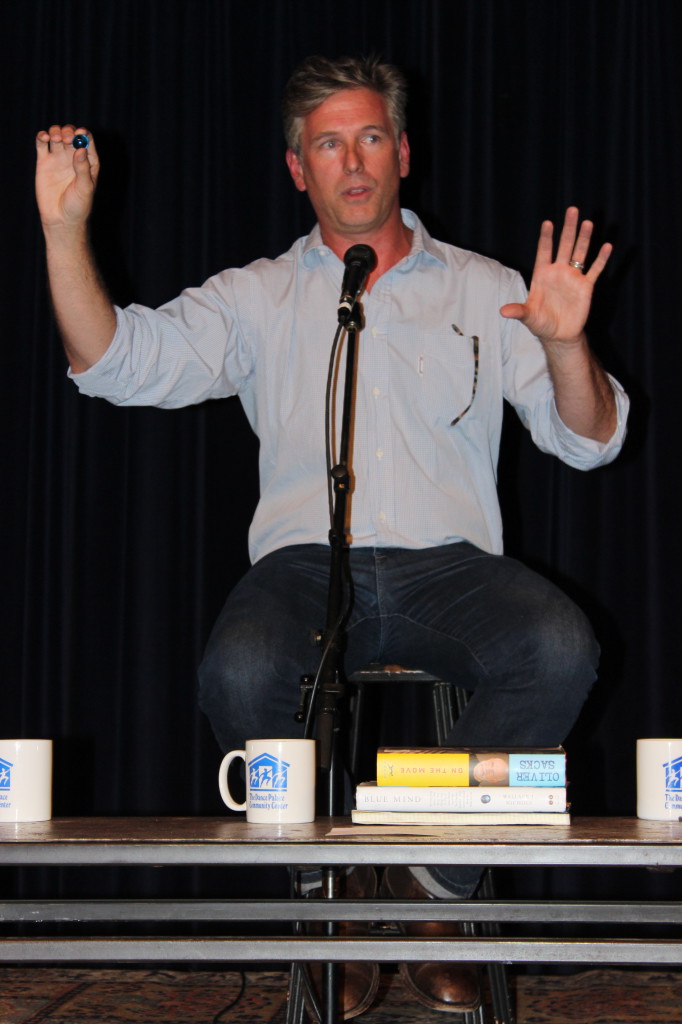 An estimated 200 guests attended the literary benefit for Turtle Island Restoration Network which kicked off at 7:30 pm. The event was generously co-sponsored by Point Reyes Books, which sold more than 60 books at the event. More than 60 guests attended a pre-event benefit reception at 6 pm, and had a chance to meet the authors while enjoying wine, beer and hearty hors d’oeuvres, and a silent auction.

To learn more or set up interviews with ocean authors contact Director of Communications, Joanna Nasar at (415) 488 -7711 or Joanna@tirn.net.

Turtle Island Restoration Network is an international marine conservation organization headquartered in California whose 200,000+ members and online activists work to protect sea turtles and marine biodiversity in the United States and around the world. For 25 years, Turtle Island Restoration Network has mobilized people to preserve oceans, restore rivers and streams, and protect the marine wildlife – from sea turtles to sharks – that call these blue-green waters home. SeaTurtles.org