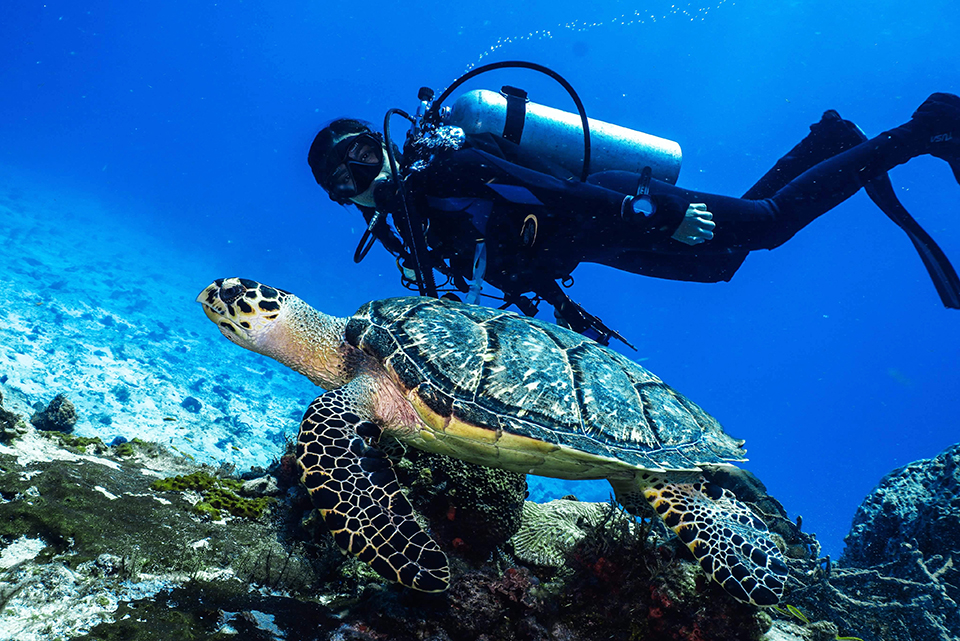 Olema, CA — Turtle Island Restoration Network (TIRN) has awarded a scholarship to an early career marine conservationist who will help TIRN study, tag, and track sharks and sea turtles with leading environmentalists during one of its yearly Cocos Island Research Expeditions.

The scholarship was awarded to Selene Erantzcani Jacobo Cabral, a recent graduate of the Michoacán University of San Nicolás de Hidalgo in Mexico. This December, Cabral will work alongside scientists to research sea turtle and shark populations and migration at Cocos Island National Park and World Heritage site, known worldwide as an ocean haven for spectacular sharks, rare sea turtles, whales and abundant marine wildlife.

Cabral has an extensive background in marine conservation and research, which includes tagging sharks in the Mexican Caribbean and establishing an environmental education program for Saving Our Sharks, an organization promoting the importance of sharks in Quintana Roo, Mexico. She currently works as an independent diving guide and an environmental education and conservation program manager in Mexico, giving educational talks to schools using underwater photography to raise awareness about the importance of marine resources.

“Since childhood, my curiosity and passion for nature has led me to choose this wonderful career and be close to the sea every time that I can,” Cabral said. “One of my goals with this project is to influence and motivate people around the world to protect the oceans that are a source of life by showing the species present in them, generating empathy for endangered species and promoting the active participation of society in conservation programs.”

TIRN has conducted multiple expeditions to Cocos Island each year for more than 10 years, leading voyages that concentrate on acoustic and satellite tagging, collecting tissue samples from sharks and turtles, and collecting photographic data for a hammerhead photo identification project currently underway.

“Our research has led to a new understanding of sea turtle and shark migrations throughout the region and has provided the basis for strong protections to stop commercial fishers from invading these treasured waters,” Todd Steiner, founder and executive director of TIRN said. “This crucial work is possible because of citizen-scientists, including all of our scholarship applicants, who engage first-hand in environmental action.”

TIRN received almost 200 scholarship applications from students and early professionals around the world. Cabral was chosen by a review panel of ten volunteers who work in the fields of marine biology, environmental education, and environmental law.

The scholarship covers the actual cost of the expedition aboard the Argos, a 130-foot vessel with full global reach, as well as all food, lodging, rental equipment and Nitrox certification for the 10-day trip. It is funded primarily through a generous donation from Deborah Kearney, one of TIRN’s citizen scientists, who has participated on six expeditions to date. One other scholarship was awarded in 2017 to Callie Veelenturf, who is now the Marine Biologist and Turtle Fellow for TIRN.

“The Cocos scholarship extends the opportunity to participate in a research expedition to an early career conservationist that would likely not be able to afford such an exotic adventure, and helps thank them for their previous volunteer experience and dedication to their passions by giving them a boost into the field,” Veelenturf said. “It simply makes a dream come true.”