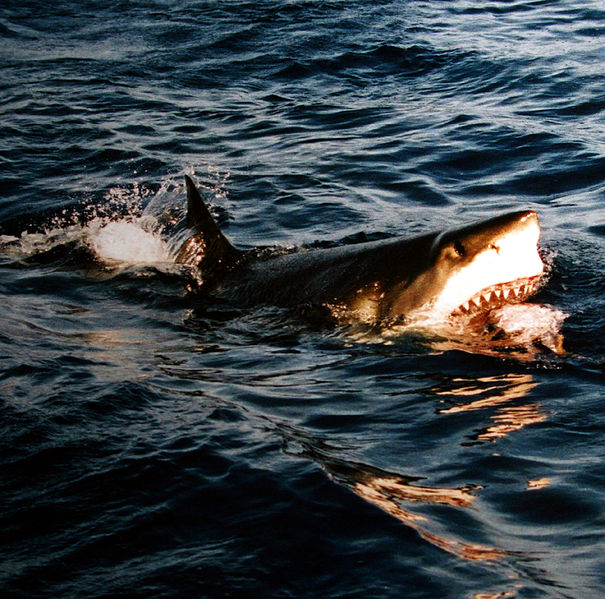 White sharks off California’s coast will receive additional protection beginning March 1, the date it becomes a candidate species under the California Endangered Species Act (CESA).
In February 2013, the California Fish and Game Commission (FGC) determined that listing white shark as threatened or endangered may be warranted and designated the species as a candidate pursuant CESA. As a candidate species, white sharks will be entitled to the full legal protection afforded to a listed species once notice of the Commission’s action is published in the California Regulatory Notice Register, which is scheduled to occur on March 1, 2013.
Based on concerns over studies indicating low numbers and high bycatch, the petition was introduced by Shark Stewards, Oceana and the Center For Biological Diversity. “These sharks deserve our protection and further study.” Said David McGuire, Director of Shark Stewards. “We commend the Department of fish and Wildlife staff and the Commissioners of Fish and Game for approving this petition and evaluating the fisheries impacting these important apex predators.”
CESA prohibits the take of listed or candidate species, even if that take is incidental to otherwise lawful activity, unless authorized by permit. As defined in state law, take means “hunt, pursue, catch, capture, or kill or attempt to hunt, pursue, catch, capture, or kill.” Anyone who takes a white shark without a permit may be cited for violations of CESA and subject to criminal prosecution.

“While targeted sport and commercial fishing for white shark has been banned in waters off California since the mid-1990s, there were some exceptions that allowed for incidental take and take associated with research activities,” said Marci Yaremko, program manager for state and federal marine fisheries at the California Department of Fish and Wildlife (CDFW). “The Department now will consider exceptions only on a case-by-case basis, and will authorize take only under permits issued pursuant to CESA.”

Under CESA, research permits may be issued for bona fide scientific research relating to white sharks. An incidental take permit may also be obtained by commercial fishing operations or others whose non-research activities may result in take. Information regarding CESA permitting is available on the Department’s website (http://www.dfg.ca.gov/habcon/cesa/).

The Commission received a petition to list the Northeast Pacific population of white shark as either threatened or endangered in August 2012. Now that the species is a candidate, CDFW will conduct an in-depth status review to provide the Commission with information to aid in its decision on whether or not to list the species. The status review is slated for completion by early next year.