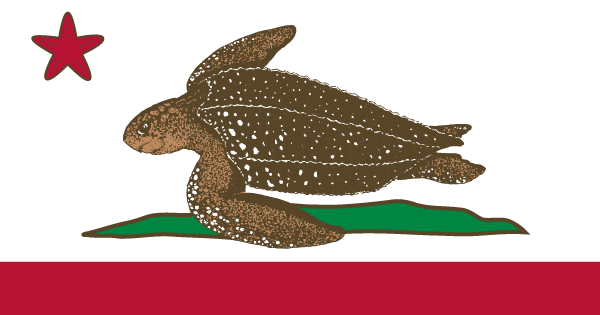 Olema, Calif. (July 18, 2014) – Turtle Island Restoration Network and the California Coastal Conservancy are sponsoring the bi-lingual Be a California Sea Turtle Hero: Sea Turtle Sand Castle Snapshot Contest to raise awareness about endangered Pacific leatherback sea turtles and encourage exploration of the California Coast. The contest is free and open to everyone, and the winner will receive a three-night stay at San Diego’s oceanfront family resort, La Jolla Coves Suites.

“Giant endangered Pacific leatherback sea turtles visit our beautiful California coast each year, yet so few people know they are out there,” said Joanna Nasar, communications manager for Turtle Island Restoration Network. “This contest gives everyone an opportunity to be a California sea turtle hero and get involved in efforts to protect these sea turtles.”

The contest focuses on bringing attention to Pacific Leatherback sea turtles, which have been protected under the Endangered Species Act since 1970. In 2012, the National Marine Fisheries Service declared more than 40,000 square miles of ocean on the U.S. West Coast “critical habitat” for leatherbacks. Furthermore, the turtles are also listed on the IUNC red list (a watch list for endangered animals) as ‘vulnerable.’ Efforts to protect these sea turtles, their habitat and their offspring on the U.S. West Coast are critical to saving this ancient species from extinction. 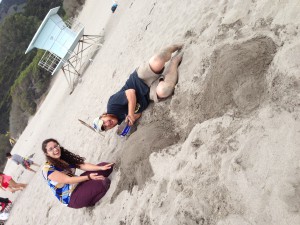 Readers can enter the Sea Turtle Sand Castle Snapshot Contest by visiting the California coast, building a sea turtle sand castle, snapping a photo and then submitting it at http://bit.ly/sandseaturtle. Readers can also submit photos via instagram using the hashtag #sandseaturtle.