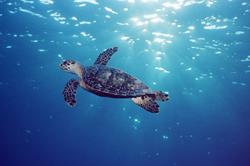 The 2nd annual Oceans Day was held in the California State Capitol last Wednesday. This is a day when environmental groups from across the state converge on California’s legislators in Sacramento to educate and lobby for their support on the many issues that effect California’s beautiful ocean.

The day started with meeting up with our lobby teams at 7.30am to strategize and finalize the plan for the day. Then it was off to meet with the legislators and/or their staff. At least four lobby teams met with over 25 legislators along the course of the day.

A variety of issues were discussed including gathering support for the string of Marine Protected Areas that are being planned and developed along California’s coast, plastics in the ocean, global warming, ocean pollution and our own legislation, AJR 8.

We focused our efforts for STRP on protecting both people and marine animals. Michael lobbied for support on a petition to the federal government to ban swordfish imports from international fisheries that do not meet the same standards for protecting marine mammals as followed by U.S. fisheries. Through the federal Marine Mammal Protection Act (MMPA) it is a law that all imports of fish to the U.S. come from fisheries that adhere to the same standards as outlined in the MMPA. This has not been enforced for over 35 years and we think it is time the government took seriously our environmental laws and standards we have established.

Karen lobbied for greater protection of public health from the risk of toxicity from mercury-in-seafood. We would like to see California implement mandatory warning signs at points-of-sale for all seafood that is known to contain high levels of mercury. In addition we want to see a program implemented that regularly tests seafood for mercury levels – right now this very rarely happens.  As a result fish is being sold to the public with exceedingly high levels of mercury – independent testing reported on KTLA Los Angeles just a few weeks ago found all but one sample of swordfish tested was over the FDA action level, and one sample was over 4 times this!

Overall the day was rewarding and a lot of fun. It ended with a great celebration of our oceans with an inspiring talk by Jean-Michael Cousteau, award presentations to recognize ocean heroes, and a spectacular screening of Under the Sea 3D. It was great to see so many people descending on the State Capitol to speak up for our oceans. We’re already looking forward to next year!