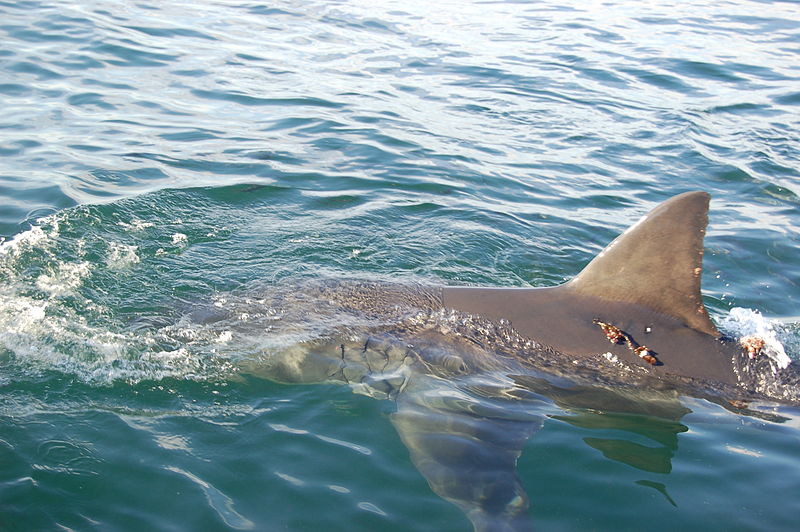 San Francisco, CA –Today, the UN General Assembly will vote on a resolution encouraging the “banning [of] directed shark fisheries” (Para 48), and “action to reduce or eliminate by-catch…to conserve non-target species taken incidentally in fishing operations” (paras 34-35 ) such as sea turtles, marine mammals and other species. While the international organizations listed above praise the UN for expressing its “concern” for these critical issues of bycatch of non-target species and sustainability, this mandate should be the impetus for an immediate effort to place a moratorium on pelagic longline, gillnet and other forms of fishing that is urgently needed to end the pending collapse of our ocean ecosystem.

A moratorium on Pacific longline fishing has already received wide support from the international scientific community. An open letter to the United Nations from 400 scientists, including the reknown oceanographer Sylvia Earle and biologist E.O. Wilson, and 100 non-governmental organizations published in a full-page ad in The New York Times on February 18, 2003, called for a moratorium on pelagic longlining and gillnetting in the Pacific Ocean.

“The heart of the problem is industrialized fishing like longlining and gillnetting, for example. Industrial longline and gillnet fishing in the Pacific Ocean slaughters millions of endangered marine species. Each year, about 4 million whales, dolphins, porpoises, sea turtles, billfish, sea lions, and sharks are injured or killed by longlines in the Pacific,” explained Dr. Robert Ovetz, Marine Species Campaigner with the Sea Turtle Restoration Project. That total includes about 40,000 sea turtles.

In addition to pelagic longlines and gillnets, driftnets, trammel & tangle, trawls and purse seines are wreaking havoc on the ocean ecosystem. The crisis is systemic, impacting spawning habitats, feeding areas, migration routes, and nesting beaches. Each year, scientists are finding rapidly declining populations of predatory and other commercial fish, cetaceans, mammals, and reptiles such as the Pacific leatherback sea turtle whose female nesting population has collapsed to less than 5% of its 1980s levels. According to a report in Nature (June 1, 2000) scientists expect the 100 million year old leatherback species to go extinct within the next 5 to 30 years if action is not taken immediately.

A recent study commissioned by the World Wildlife Fund found that about 1,000 whales, dolphins and other cetaceans are killed daily as bycatch on longlines, driftnets and gillnets. According to Dr. Ovetz, “this wholesale slaughter of marine mammals and other species can be prevented. We know the cause and the solutions. Some of the laws are already on the books. All that is lacking is the political will.”

Our commercial fisheries are also in serious crisis. Studies by the UN FAO and scientists in Nature estimate that the percentage of fisheries that are near depletion, already depleted or over-depleted range from 75-90%. According to a report in Nature (May 15, 2003) industrial fisheries such as longlining, driftnetting, trawling, and gillnetting are estimated to have reduced large predatory fishmass to 10% of pre-industrial levels. Immediate action to implement sustainable fishing will help not only reduce or end the slaughter of threatened marine species but prevent a crisis in food security for the 15% of the world that relies on fish as its primary source of protein.

As the UN moves to debate the resolution, immediate action should be taken to implement a moratorium on longline and gillnet fishing in the Pacific. The resolution already expresses “concern at the reports of continued loss of seabirds, particularly albatrosses, as a result of incidental mortality from longline fishing operations, and the loss of other marine species, including sea turtles….” This concern needs to be translated into immediate emergency action if we are to save our ocean ecosystem.

A longline and gillnet moratorium could be modeled after the UN’s foresighted efforts in 1991 to implement a global moratorium on driftnets longer than 2.5 km. The moratorium stopped the slaughter of millions of marine species, especially dolphins, that were being injured and killed by these floating “curtains of death.” It was this moratorium that led the European Union to ban driftnets from its nearly all its waters in 2002. It will require similar UN action to encourage the necessary political will to stop the destruction of our oceans.