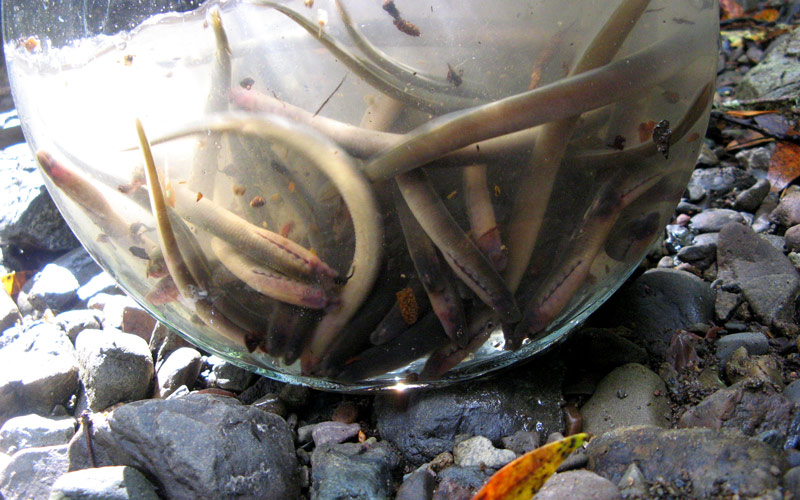 Under state and federal Endangered Species Permits, SPAWN monitors all fish migrating downstream out of the San Geronimo Creek during the spring–summer out-migration season, checking traps seven days a week for approximately three months with the help of dedicated interns. Below is a report of this season’s findings collected thus far.

The oft-present but rarely seen Pacific lamprey is a primitive, slender eel-like creature that spends part of its life spawning in the freshwater San Geronimo Creek. In freshwater, it is brown in color, but when it is in the ocean blue to black in color.

“I’ve never seen this many lampreys before,” said SPAWN Intern Michael Rhodes, who agreed with Turtle Island’s Conservation Science Director Dr. Alex Hearn that the event was exciting. “Seeing a large number of lampreys in our own backyard creeks is exciting,” said Hearn. 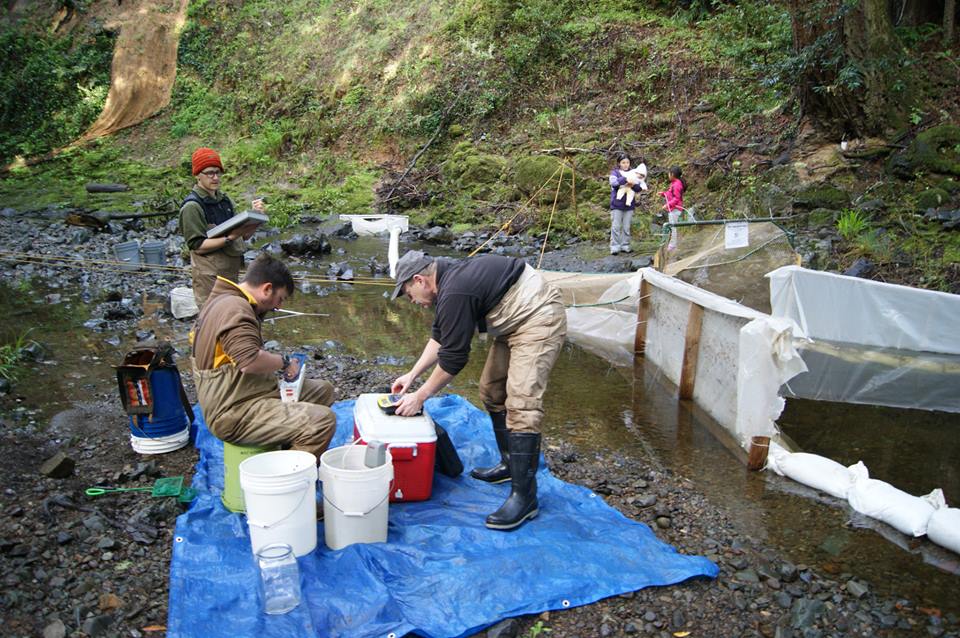 In the three days following the downpour, 416 juvenile lampreys, 11 coho smolts and 141 steelhead smolts, two adults steelhead (an unusual find) were captured, counted and re-released unharmed as of mid-April. This year, SPAWN has seen a significant increase in the number of steelhead smolts and fewer coho smolts.

Despite the legions of lampreys counted and a marked increase in steelhead, SPAWN biologists remain concerned about our native, endangered coho salmon population as few coho smolts have been seen.

Todd Steiner, executive director of SPAWN, believes this change is a cause for alarm. “Coho smolt numbers are abysmal, and yet we are still seeing plenty of steelhead trout. This is what you see when the stream system is breaking down,” he said. “Steelhead trout can survive in more polluted and simplified streams than coho salmon, which are more sensitive to human altered creeks.”

Please take action by making a call for coho and telling your Marin County Board of Supervisors that you would like to see a science-based streamside ordinance put in place to protect what few coho salmon remain. Click here.