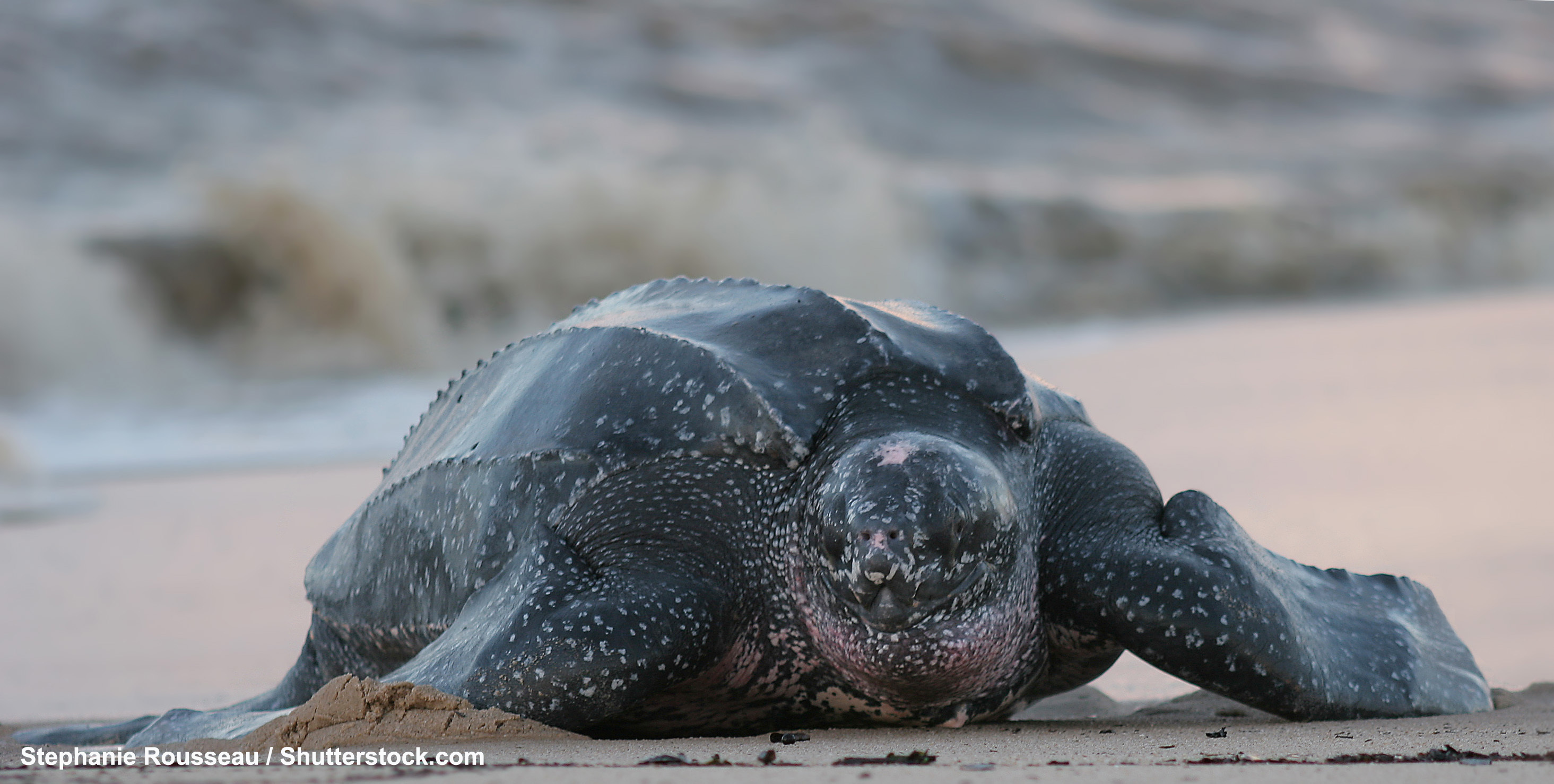 Olema, Calif. (Oct. 15, 2014) – Today is Pacific Leatherback Sea Turtle Conservation Day. Two years ago on this day Governor Jerry Brown signed Assembly Bill 1776 into law and declared Oct. 15th an official celebratory day for the endangered Pacific leatherback sea turtles that swim off the coast of California. Turtle Island Restoration Network championed the awareness-raising bill, which was sponsored by California Assemblymember Paul Fong. Now, on Pacific Leatherback Sea Turtle Conservation Day, Turtle Island is calling for action to safeguard these gentle ocean giants from the Hawaiian longline fisheries for swordfish and tuna, and for the closure of the costly driftnet fishery off the coast of California.

In the past three generations, the population of West Pacific leatherback sea turtles has dramatically plummeted by 83 percent according to IUCN Red List.  Their assessment predicts a population decline of 96 percent by the year 2040, or one generation from now. The West Pacific leatherback population is ranked as “critically endangered” and is in urgent need of protection from driftnet and longline fisheries and direct harvest to avoid extinction.

The IUCN Red List Assessment names fisheries bycatch from driftnets and longlines as the biggest threat to leatherbacks globally, along with human consumption of eggs, meat, or other products, and coastal development followed by pollution and climate change.  Researchers studying the West Pacific leatherback sea turtle population say their, “findings highlight the urgent need for continued and enhanced conservation and management efforts to prevent the collapse of what might be the last remaining stronghold for leatherbacks in the Pacific.” Read the full report in the Ecological Society of America Journal.

Turtle Island won a major victory for Pacific leatherbacks in 2001, with the implementation of the Pacific Leatherback Conservation Area.  The Pacific Leatherback Conservation Area prohibits drift gillnet fishing between August 15 and November 15 along the California and Oregon coasts from Point Sur to Lincoln City, out to the 200 mile Exclusive Economic Zone.  The southern boundary extends at 45 degrees, then out to the 200-mile Economic Zone. The PLCA has reduced the number of leatherback deaths in the fishery from 112 between 1990 and 2001; to near zero between 2001 and 2012.

“The wisdom of allowing the California driftnet fishery to continue to operate is questionable, when you consider that driftnet fishing is banned on the High Seas, and off the coast of Washington and Oregon,” said Doug Karpa, legal program co-director for Turtle Island. “And when you factor in the tax-payer cost of managing the destructive fishery it doesn’t make sense to allow it to continue to operate. We should not allow sea turtles to be sacrificed for all time just because a small, marginal fishery doesn’t want to change its incredibly destructive ways,” he added.

ABOUT LEATHERBACK SEA TURTLES:
Leatherback sea turtles are “the largest, deepest diving, and most migratory and wide ranging of all sea turtles,” according to the U.S. Fish and Wildlife Service.  Adults can reach 8 feet in length and weigh up to 2000 pounds. Leatherbacks travel more than 6,000 miles across the ocean from Indonesian nesting beaches to feed on jellyfish along the California coast.