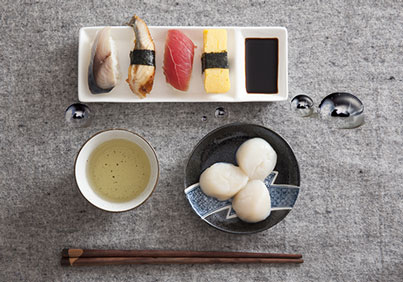 SAN FRANCISCO — In the face of staggering declines, Endangered Species Act protection may be warranted for Pacific bluefin tuna, the National Marine Fisheries Service said today. The announcement, in response to a petition from conservation groups earlier this year, means the agency will now conduct an in-depth status review of the species. Under pressure from overfishing, bluefin tuna populations have reached dangerously low levels, declining more than 97 percent since fishing began. 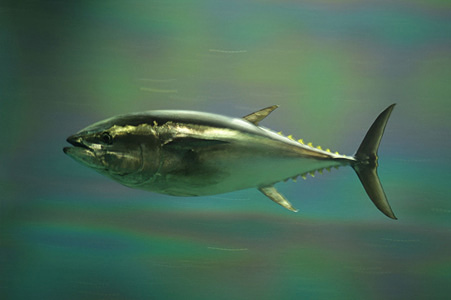 Photo courtesy Wikimedia Commons/aes256. This photo is available for media use.

Japan, South Korea, Mexico, the United States and other countries have failed to reduce fishing enough to protect the iconic species, a luxury item on sushi menus. One recent study found bluefin and other large marine organisms are particularly vulnerable to the current mass extinction event; their loss would disrupt the ocean food web in unprecedented ways, and they need more protection to survive.

“Placing the Pacific bluefin tuna on the Endangered Species list is the right thing to do, and it is an important first step to ending the slaughter of this incredible fish,” said Joanna McWilliams of Turtle Island Restoration Network.

“This is good news for bluefin tuna, which are headed for extinction without more protection. The Endangered Species Act is a powerful tool for bringing vulnerable species back from the brink, and we hope the Fisheries Service gives these magnificent fish the help they need,” said Catherine Kilduff of the Center for Biological Diversity. “We have to find ways to limit overfishing and protect important habitat or we may see the last Pacific bluefin tuna sold off and lost to extinction.”

“This beautiful, high-performance migratory predator is critical to ecosystem balance in the ocean,” said Mark Spalding, president of The Ocean Foundation. “Unfortunately, these fish have no place to hide from mankind’s high-tech, long-distance, big-net fishing fleets. It is not a fair fight, and so the Pacific bluefin tuna is losing.”

Almost all Pacific bluefin tuna harvested today are caught before reproducing, putting in doubt their future as a species. Just a few adult age classes of Pacific bluefin tuna exist, and these will soon disappear due to old age. Without young fish to mature into the spawning stock to replace the aging adults, the future is grim for Pacific bluefin unless immediate steps are taken to halt this decline.

“Consider this: Bluefin tuna takes up to a decade to mature and reproduce, but many are caught and sold as juveniles, compromising the repopulation and viability of the species. In the last 50 years, technological acumen has enabled us to kill over 90 percent of tuna and other species,” said Dr. Sylvia Earle, National Geographic explorer-in-residence and founder of Mission Blue. “When one species is fished out, we move on to the next, which is not good for the ocean and not good for us.”

Meetings of the international commissions that set catch levels for Pacific bluefin tuna have failed to result in the cuts necessary to put Pacific bluefin tuna on a path to recovery. In mid-October the Inter-American Tropical Tuna Commission will meet again to discuss Pacific bluefin, and all signs point to the commission opting to maintain the status quo, which is insufficient to end overfishing, let alone promote a recovery to healthy levels.

“Pacific bluefin are endangered because the people responsible for fisheries management acted irresponsibly,” said Carl Safina, founding president of The Safina Center. “Their irresponsibility means that others must now step in and fix the problem.”