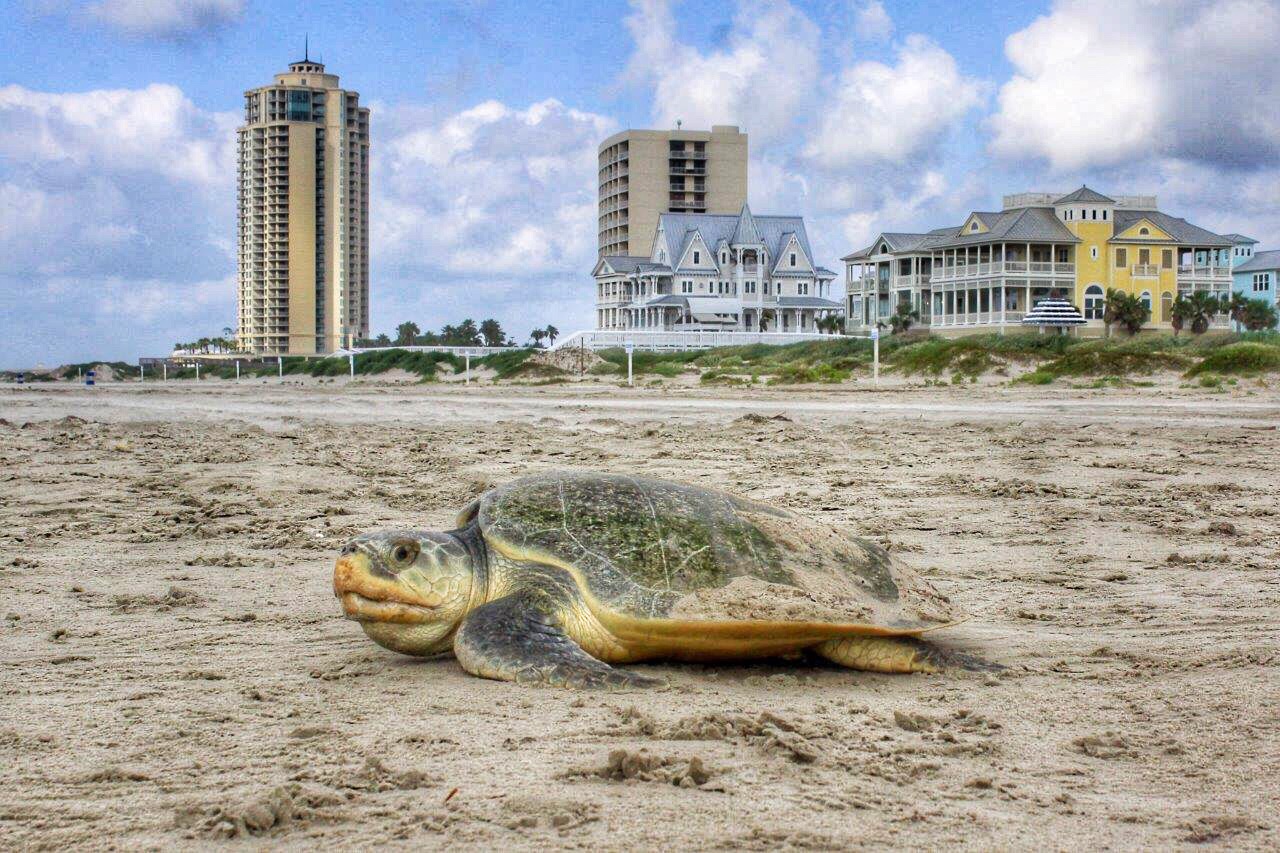 Today, Texas rolls out the sandy red carpet for the official state sea turtle, the Kemp’s ridley, a critically endangered species that will soon be returning to nest on beaches along the Texas coast.

The Kemp’s ridley, the smallest and most critically endangered sea turtle, faces a range of threats, from shrimp trawling to their camouflaged nests, which could easily be stepped on or crushed by people or vehicles.

“The greatest threat facing the Kemp’s ridley sea turtle is shrimp trawling in the Gulf of Mexico,” said Peter Fugazzotto, strategic programs director for Turtle Island Restoration Network. “We have to make sure we protect these sea turtles as much as we can on the coast.”

Turtle Island Restoration Network, in cooperation with the Texas A&M University – Galveston is working with a team of dedicated volunteers to ensure that the Kemp’s ridley has the best chance of survival on Texas shores.

“Our mission is to patrol the beaches from Bolivar to Surfside for nesting Kemp’s ridley sea turtles, and other turtles,” said Joanie Steinhaus, Gulf of Mexico program director for Turtle Island Restoration Network. “Volunteers have undergone training to learn how to properly identify, locate and protect sea turtle nests along the upper Texas coastal areas, and are rewarded with the satisfaction of helping protect a beloved endangered species.”

Increases in the turtles’ nesting success is in large part due to the ongoing efforts of the patrols, residents and visitors to protect them along the entire Texas coast.

“If you see a turtle crawling ashore to lay her eggs, please do not disturb the turtle in anyway,” said Steinhaus. “Please guide people, dogs and vehicles a safe distance away and then immediately call 1-866-TURTLE-5.”

Steinhaus said that people may find the turtle tracks in the sand. The turtle’s crawl pattern looks like alternating comma shaped marks with a smooth belly drag in the center and possibly a tail mark.

“We are fortunate to share the Gulf of Mexico with such a magnificent, long-lived creature,” she said. “With your help we will be able to protect the Kemp’s ridley for many years.”