In addition to the inhumane treatment of sharks, finning leads to consequences to many more species. 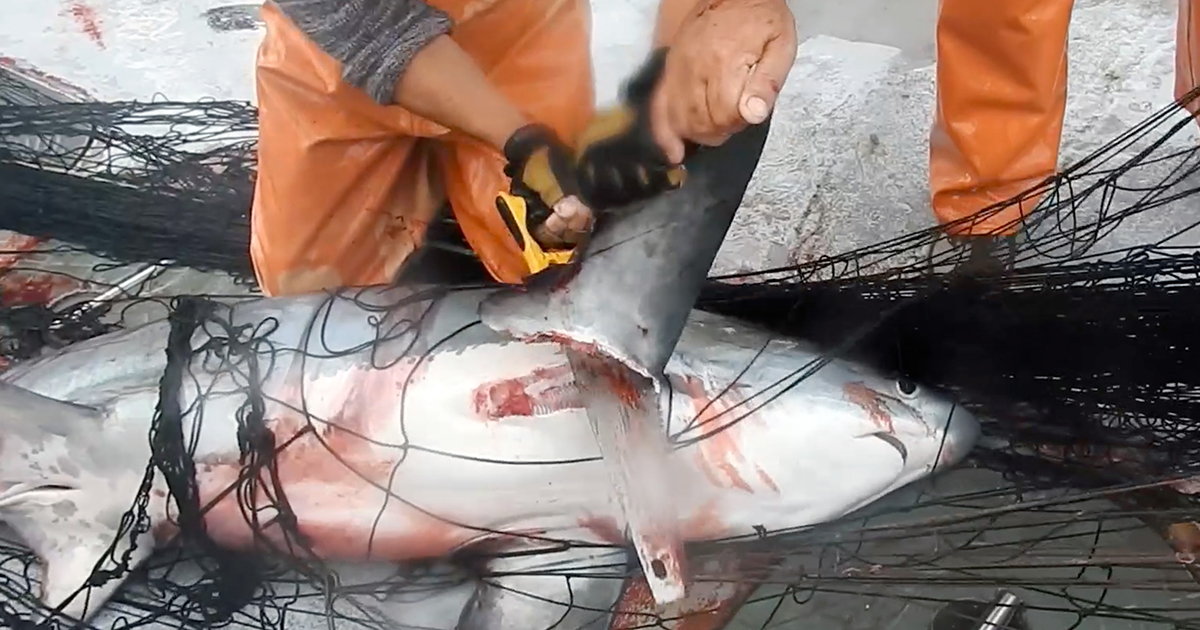 Shark finning is the brutal and ecologically devastating practice of cutting the fin off a shark and throwing the animal back into the ocean to die slowly. Fins from as many as 73 million sharks end up in the global shark fin trade every year, including many endangered species.

Shark finning at sea enables fishing vessels to increase profitability and increase the number of sharks harvested, as they must only store and transport the fins, the most profitable part of the shark. Some countries have banned this practice and require the whole shark to be brought back to port before removing the fins. But because they are at the top of the food chain and prey on many species, sharks have extremely high levels of mercury and may be passed on to humans when ingested. In addition, sharks are apex predators whose survival affects all other marine species and entire ocean ecosystems.

How much mercury is in the seafood you eat?