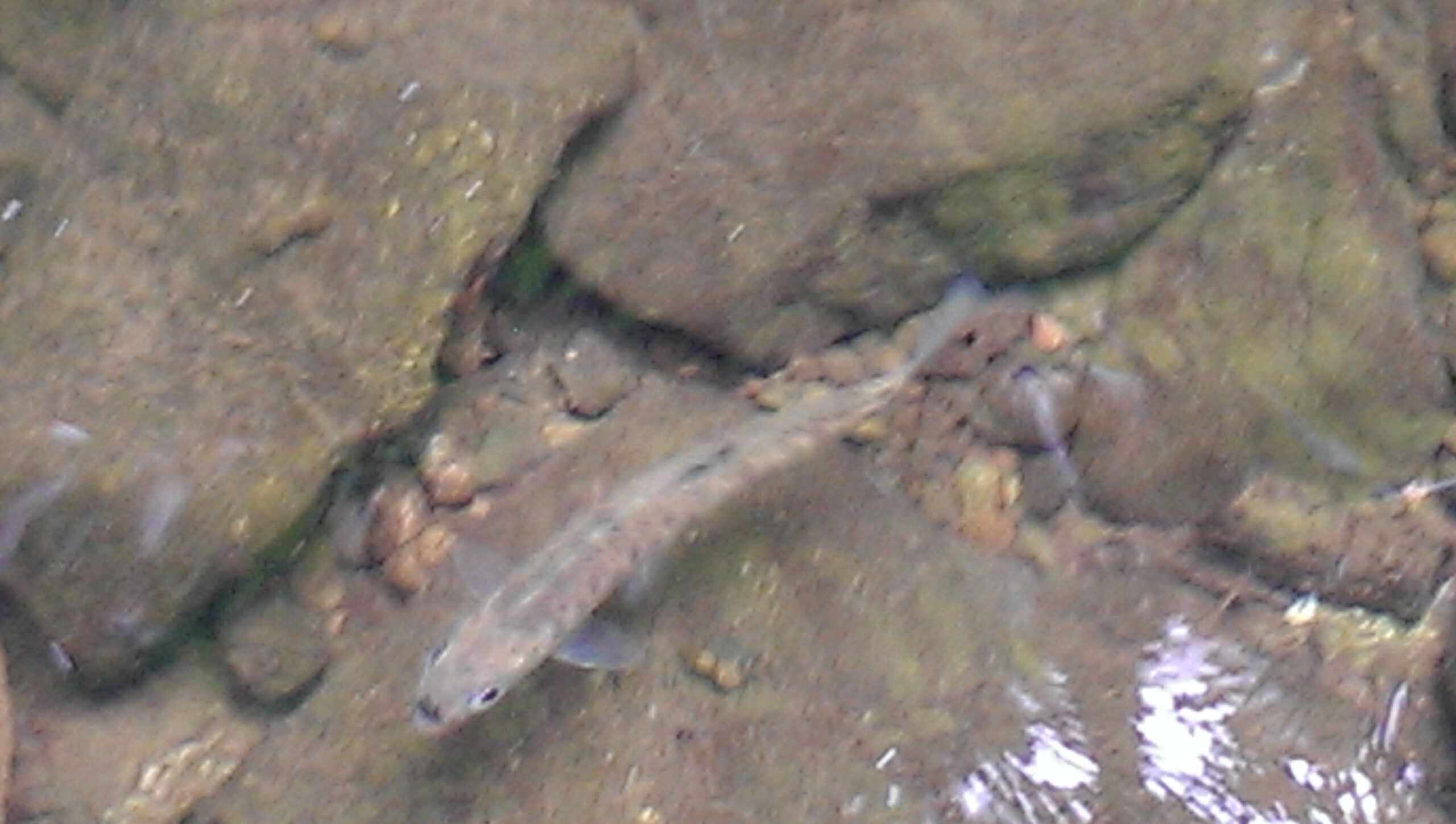 What is a Smolt?

Smolts are young, 12-15 month-old juvenile coho salmon and steelhead trout that are undergoing physiological changes (called smoltification) to prepare them for life in salt-water and are beginning to migrate downstream toward the ocean. Physically, smolts begin to turn silver and lose their juvenile “parr” marks (dark circles or bars on their side).

Technically, any anadromous salmonid (a member of the trout and salmon families that are born in freshwater, lives in salt water and then returns to freshwater to spawn) is called a smolt during the last stage of juvenile freshwater lifecycle.

The fish begin to change and go through a ‘smoltification’ process to ready their bodies for the change from freshwater to saltwater. For instance, fish will slough off their juvenile scales and grow mature adult scales that can handle the transition to salt water.

In the San Geronimo Valley, coho salmon smolts and steelhead trout smolts begin to migrate from their natal freshwater streams out to the ocean in mid-to-late April.