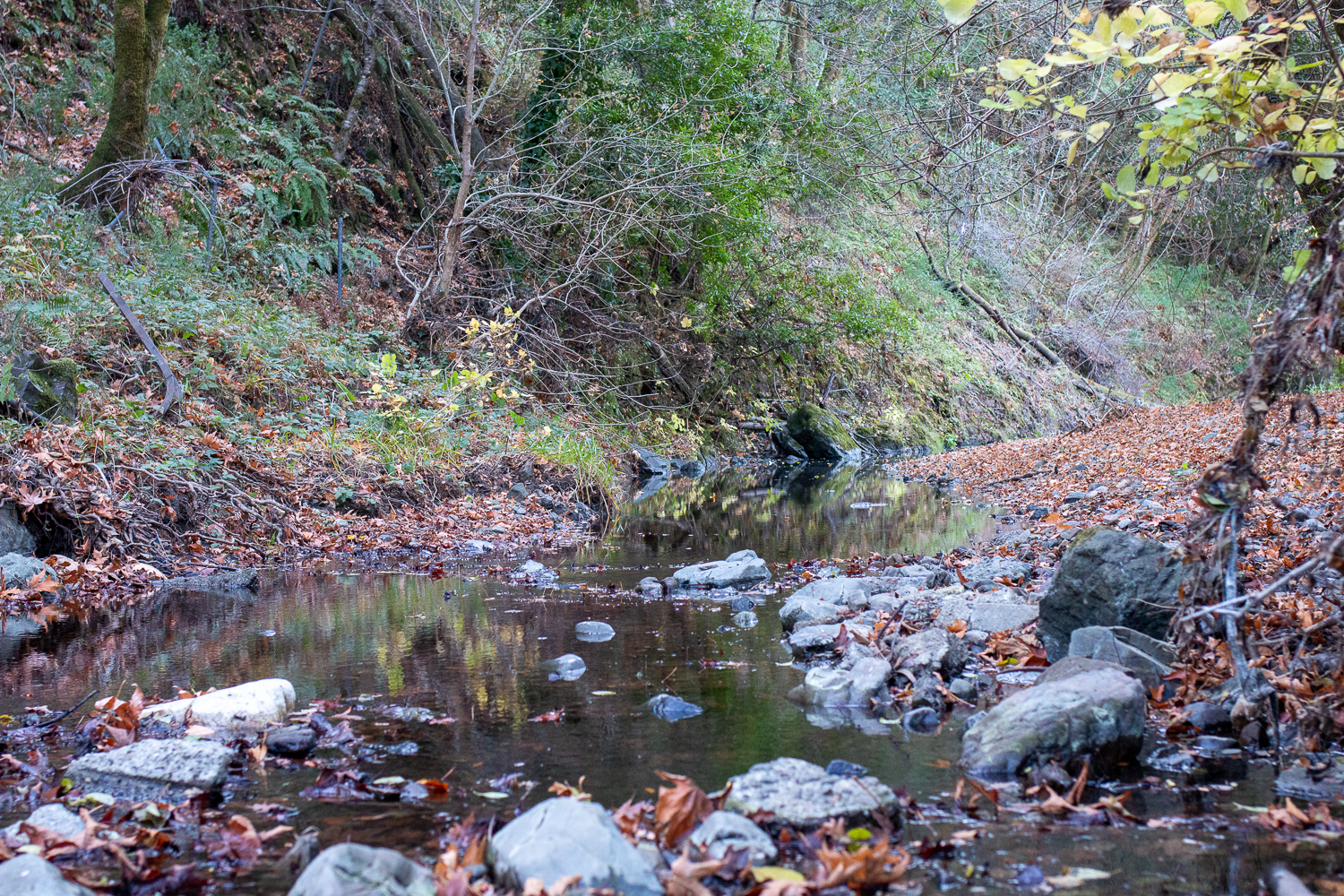 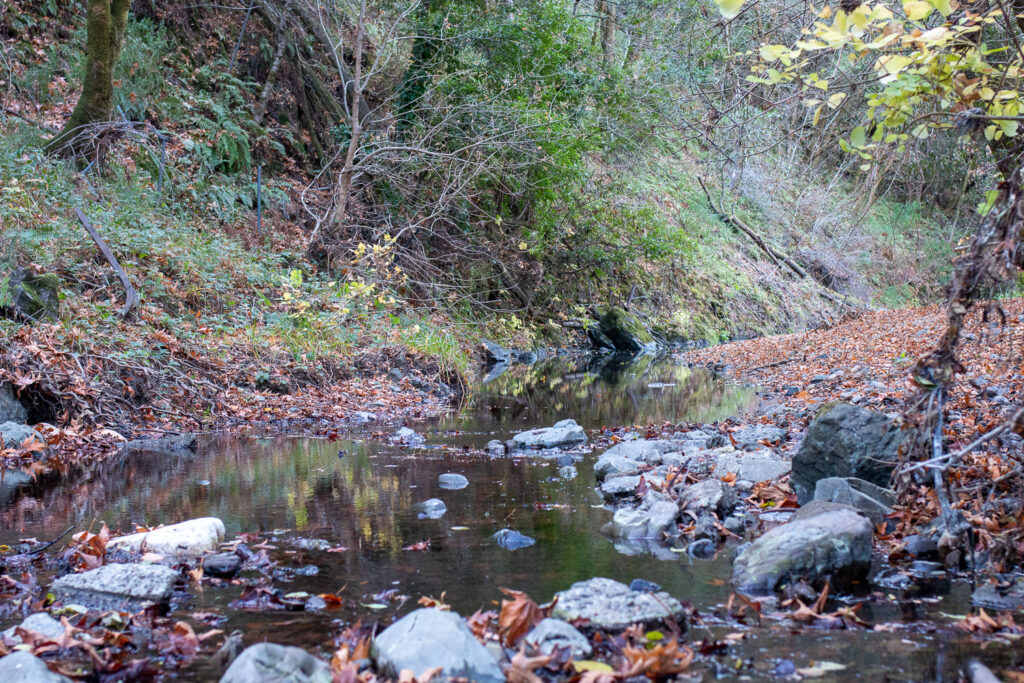 The purchase will allow the Marin County organization to promote the long-term survival of coho salmon and their nests, known as redds, and to improve water quality for the safety of residents.

“With one of the highest densities of redds found anywhere in the 101 square-mile watershed, this property has high ecological value for salmonids,” said Executive Director Todd Steiner. “The permanent protection of this property will help give coho salmon a fighting chance at survival in the watershed and help maintain the rural character of the San Geronimo Valley.”

Measuring nearly .3 miles, the property in Forest Knolls includes both sides of two coho-bearing streams: nearly 1,000 feet of San Geronimo Creek, approximately 100 feet of Arroyo Creek, and the confluence of these two streams. Prior to being purchased by TIRN, critical salmon habitat was destroyed by illegal structures and part of the riparian zone was being used to store vehicles, heavy equipment, gasoline, and other toxics right on the creek bank.

“This property has one of the largest stretches of creekfront habitat of any residential property in the San Geronimo Valley,” said Director of Watershed Conservation Preston Brown. “There are many opportunities for clean-up, reclamation, enhancement and restoration necessary for the continued survival of coho salmon.”

In addition to removing and restoring the polluting storage area, the acquisition provides for permanently protecting intact riparian habitat and restoring destroyed habitat by removing unpermitted structures including garages, buildings, concrete pavers, retaining walls, fences and replacing with riparian habitat; removing the flash-board seasonal dam buttresses, an old well and pump house; cleaning up and removing car parts and other metal debris in coho spawning reaches; stabilizing banks; creating floodplain and placing large woody debris in the creek; and retiring all riparian and other water rights.

The purchase will allow the organization to promote the long-term survival of coho salmon and their nests, known as redds, and to improve water quality for the safety of residents.

Photo and map are available for media to use.

Turtle Island Restoration Network is a global nonprofit whose mission is to inspire and mobilize people around the world to protect marine biodiversity and the oceans that sustain all life on Earth. It’s program, the Salmon Protection And Watershed Network, protects endangered, wild coho salmon and the forests and watersheds they need to survive in West Marin County, Calif.