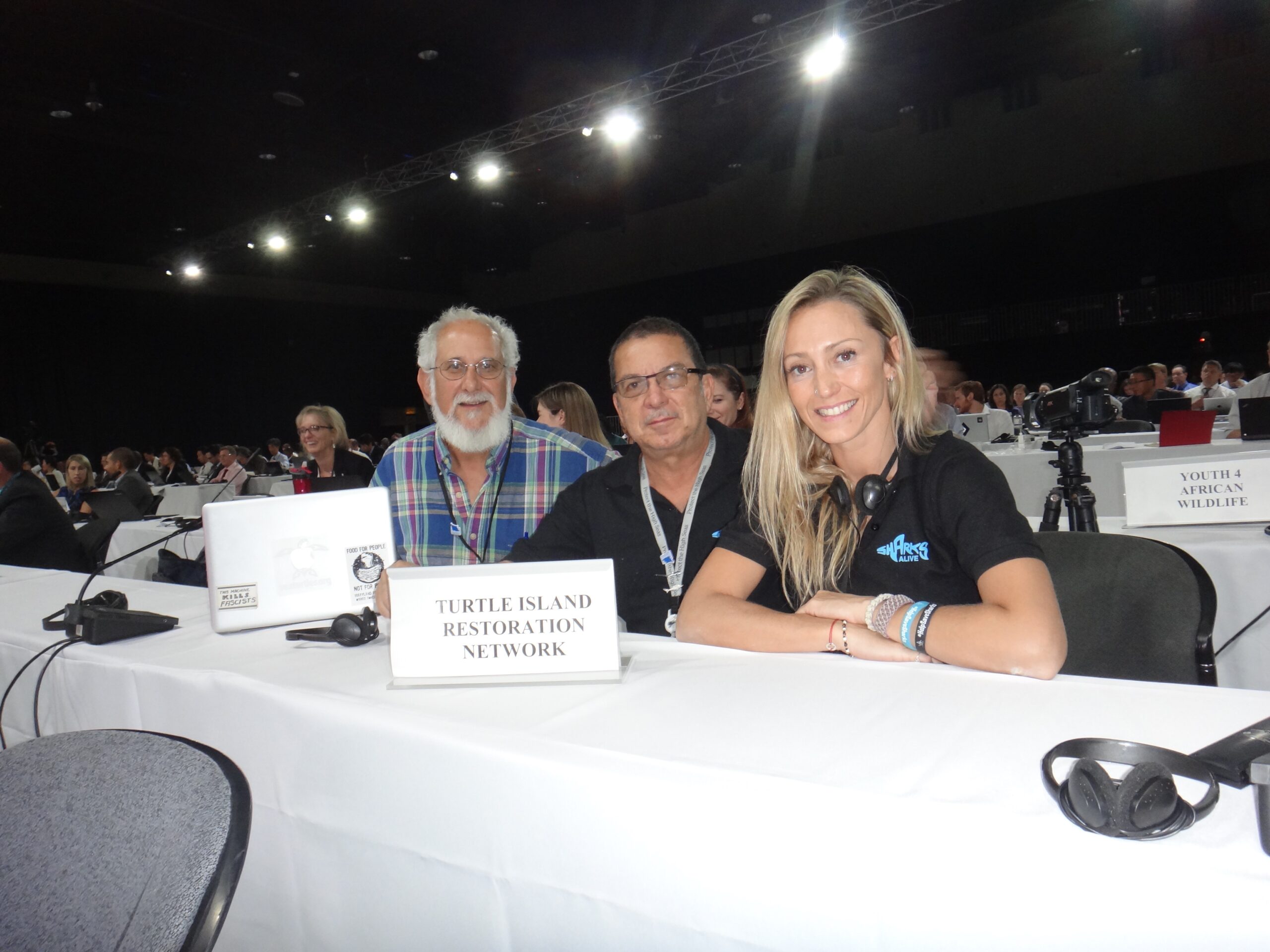 Olema, Calif. (Sept. 28, 2016) – A Bay Area resident is taking the fight to protect our oceans from Northern California to South Africa. This week, thirty-year veteran environmental activist and biologist, Todd Steiner, executive director the Marin-based Turtle Island Restoration Network and SPAWN, is in South Africa advocating on behalf of marine wildlife. Joined by several colleagues, he is attending a major international treaty conference to promote greater protections for endangered marine species, including two species of sharks and several species of rays.

The CITES is meeting in Johannesburg, South Africa 24 September – 5 October and is being attended by government representatives from more than 120 nations and scores of environmental organizations from around the world. CITES (the Convention on International Trade in Endangered Species of Wild Fauna and Flora) is an international agreement to ensure that trade in wild animals and plants does not threaten their survival. CITES provides a framework to be implemented at the national level through domestic regulations.

Historically, CITES has focused on land-based megafauna — such as lions, rhinoceros, and elephants. Although the treaty protects 5,600 animals, and 30,000 plants, only 103 fish species have made the list to date. Steiner is looking to correct that.

“We need to also focus on marine wildlife, in light of the crisis facing our oceans from overfishing, ocean acidification, and pollution. Protecting marine wildlife is critical to the survival of our planet,” Steiner said.

Specifically, Turtle Island is working to increase protections for silky sharks, thresher sharks, and several species mobula rays (known as ‘devil rays’) by getting them listed on Appendix II of the CITES treaty. This classification encourages greater controls on the trade in species that are moving towards being threatened with extinction.

“It is an honor to represent the hundreds of thousands of Turtle Island supporters, and fight to protect species like silky and thresher sharks, and mobula rays. These animals need international protections to survive the threats they face from overfishing and climate change,” said Steiner. “Sharks and rays migrate beyond national boundaries and into international waters. Their survival depends on cooperation, and that’s what we are looking to achieve here.”

Turtle Island Restoration Network, recognized as an international organization by the United Nations, participates at various international and regional treaty organizations including the Law of the Sea, Inter-American Tropical Tuna Commission, IUCN World Conservation Congress, in addition to CITES and others. Locally, Turtle Island activities are represented by its SPAWN and 10,000 Redwoods programs, which protect critically endangered coho salmon and sequester carbon to fight the climate crisis.

Joining Steiner at the meeting is Randall Arauz, Turtle Island’s International Policy Director and 2010 Goldman Environmental Prize Winner, and Regi Domingo, both based in Costa Rica.

More info on CITES at:
https://cites.org/sites/default/files/eng/news/CoP17_press_corner/PRESS_KIT_CoP17_Cites.pdf