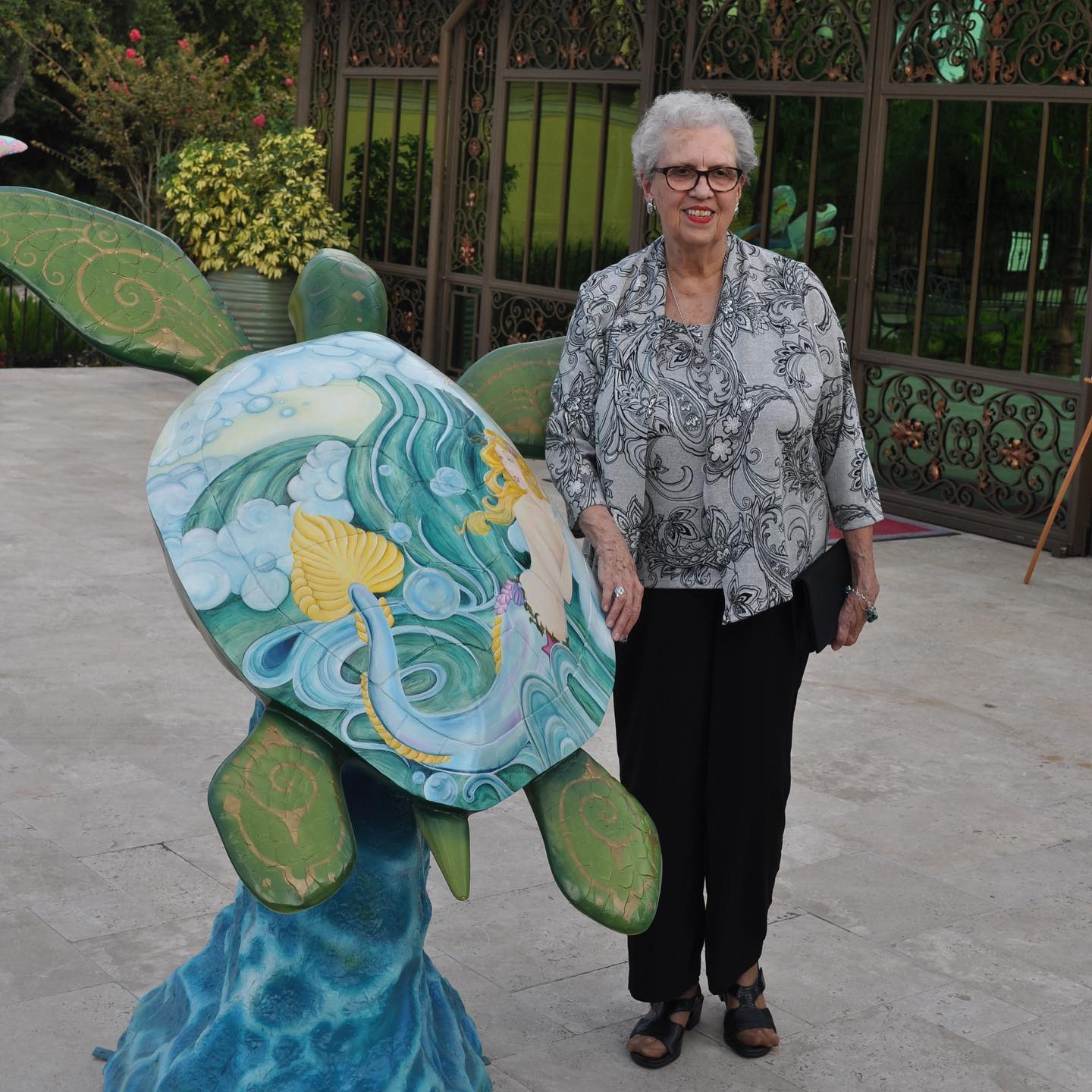 By Todd SteinerMarch 15, 2022Gulf of Mexico, Headquarters
No Comments

Carole Allen, the founder of HEART (Help Endangered Animals—Ridley Turtles) has been a part of Turtle Island Restoration Network (TIRN) since the early 1990s, shortly after she met our staff—as well as pro bono attorney Elizabeth Gunther and Donna Bernardi—at the presidential palace in Mexico, where then President Carlos Salinas deGortari announced the closing of the notorious sea turtle slaughterhouse and the banning of the legal harvest of turtles in that country.

When Kemp’s ridley sea turtles started washing up dead in the Gulf of Mexico, dying in shrimp nets, Carole called the big NGOs and asked for help, but was met with silence. So she called TIRN and we began a long-term relationship that helped TIRN to grow and become the sea turtle protection powerhouse it has become over the past 30+ years.

HEART merged with TIRN, Carole established and managed TIRN’s Gulf Office for 14 years, and now serves on the board of directors. She was instrumental in hiring Joanie Steinhaus, the Gulf’s current Director. Under Joanie’s leadership, the Gulf Office continues to grow and flourish.

Carole fought for and rescued the Headstart program of the National Marine Fisheries Service. When government funds were in danger of being cut, Carole raised money to expand the facilities and feed the Kemp’s ridley hatchlings being raised at Galveston, Texas.

Carole helped TIRN reach more than 30,000 students and teachers in the state of Texas to inform and inspire them about sea turtles, as well as the Gulf of Mexico ecosystem. Carole is known for using a larger-than-life Kemp’s ridley sea turtle costume—nicknamed ‘Rob’ the Ridley—to inspire young children to care and learn about these endangered sea turtles. With school children’s help, Turtle Island was able to help introduce and pass a bill that made the Kemp’s ridley sea turtle an official Texas state symbol.

Allen’s background in writing, journalism and public relations has made her a respected voice in the sea turtle conservation community. Her favorite part of her work is, “Providing a voice for magnificent marine creatures.”

Carole Allen has dedicated her life to saving the world’s smallest sea turtle, the Kemp’s ridley sea turtle. These turtles are also known as ‘heart turtles’ for the shape of their shells as hatchlings. It’s no coincidence, that Carole is someone with a lot of heart, who doesn’t give up.

She is truly a sea turtle hero and an incredible role model for girls and women throughout the world.