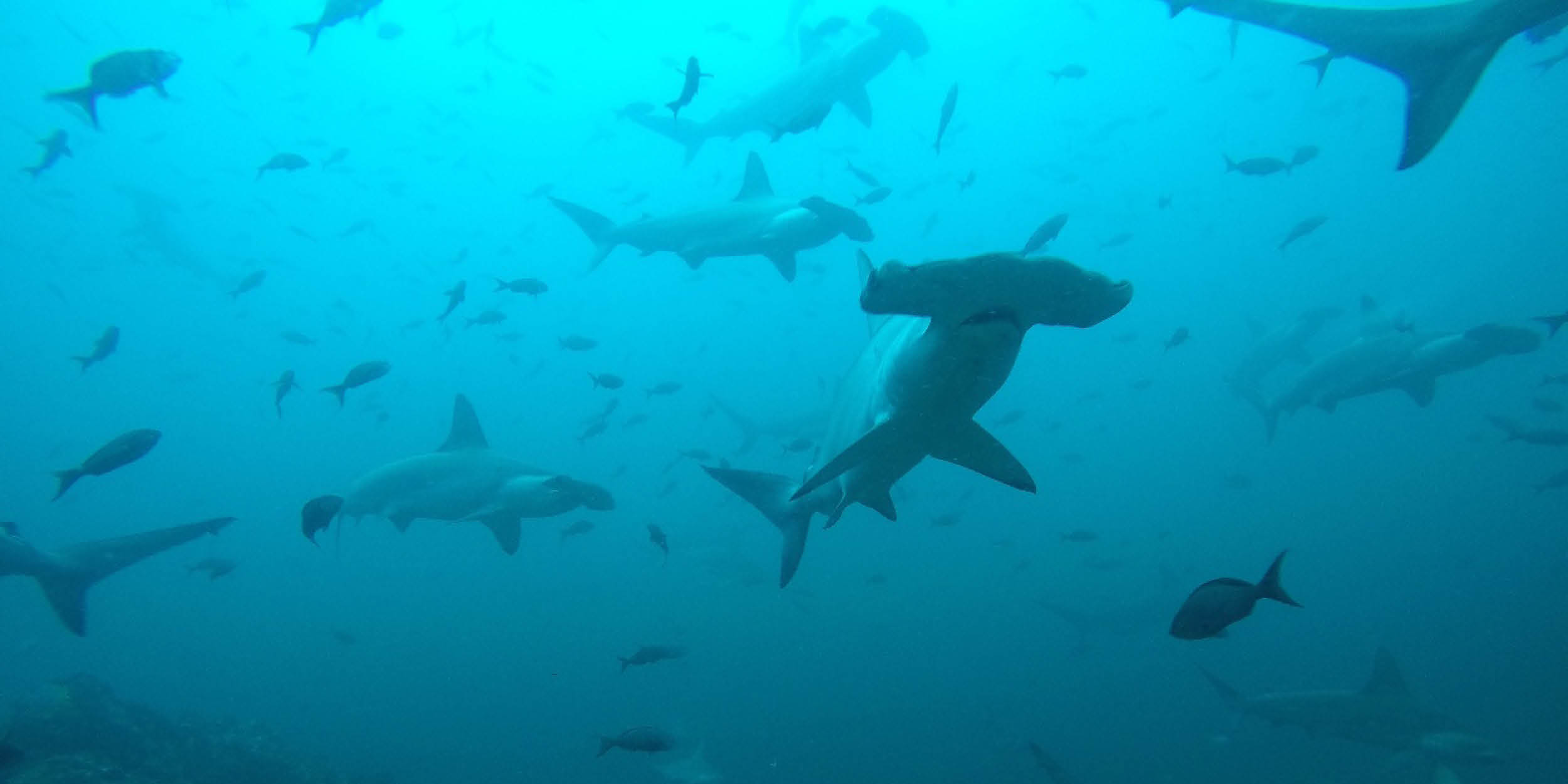 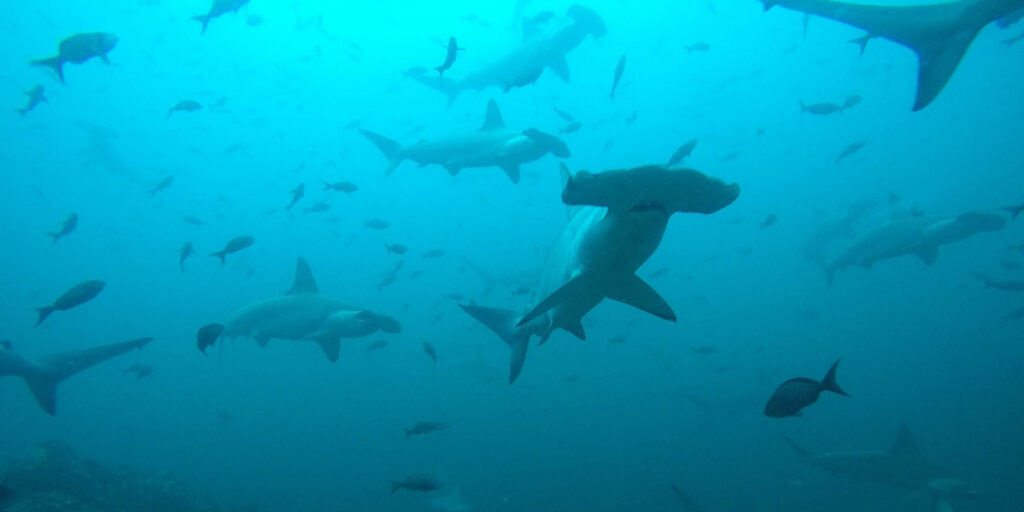 Recent studies have demonstrated that sharks and turtles use the swimway to migrate between the marine reserves, putting them at grave risk to industrial fishing.

“Some hammerhead sharks showed a strong residency to Cocos Island, but our research also indicates that these sharks migrate between the protected hotspots at oceanic islands, moving through the open ocean where there is little or no protection from commercial fishing operations,” said Elena Nalesso, who published the research as part of her master’s thesis at the Ensenada Center for Scientific Research and Higher Education.

Nalesso and her co-authors, a group of scientists based throughout the Eastern Tropical Pacific, studied the movements of hammerhead sharks within Cocos Island marine protected area and between Cocos Island National Park (Costa Rica), Galapagos National Park (Ecuador) and Malpelo Nature Reserve (Colombia). The study is part of a regional initiative, known as MigraMar, to understand the movement behavior of endangered marine migratory species with respect to marine reserves.

“The implications for management and conservation of this research indicates that protecting oceanic hotspots is critical but insufficient for the protection of hammerheads,” said Dr. Alex Hearn, professor and researcher at the Galapagos Science Center, Universidad San Francisco de Quito, Ecuador, and one of Nalesso’s research supervisors. “Conservation efforts must also include protecting their migratory routes if we are to recover these endangered species.”

“Highly migratory species have complicated life-histories and require more protection than they receive from simply protecting them at a single place in one country,” Steiner said.

The Cocos-Galapagos Swimway is an area of ocean rich in biodiversity, measuring approximately 120,000 square kilometers, that follows the Cocos Ridge, an underwater mountain range that links the Galapagos and Cocos Marine Reserves. Recent studies have demonstrated that sharks and turtles use the swimway to migrate between the marine reserves, putting them at grave risk to industrial fishing.

MigraMar, along with its partners Costa Rica Forever, Pacifico, and others from the region, have already met with government officials from Ecuador and Costa Rica to map out a path to a bilateral agreement that will protect at least five endangered species who migrate thousands of miles between oceanic hotspot marine protected areas. It would be the world’s first marine protected area between two sovereign nations.

Turtle Island Restoration Network is a leading advocate for the world’s oceans and marine wildlife that conducts shark migration research for MigraMar with the help of citizen scientists who join liveaboard dive expeditions to Cocos Island. If you are interested in joining our research, please visit www.seaturtles.org/cocos.