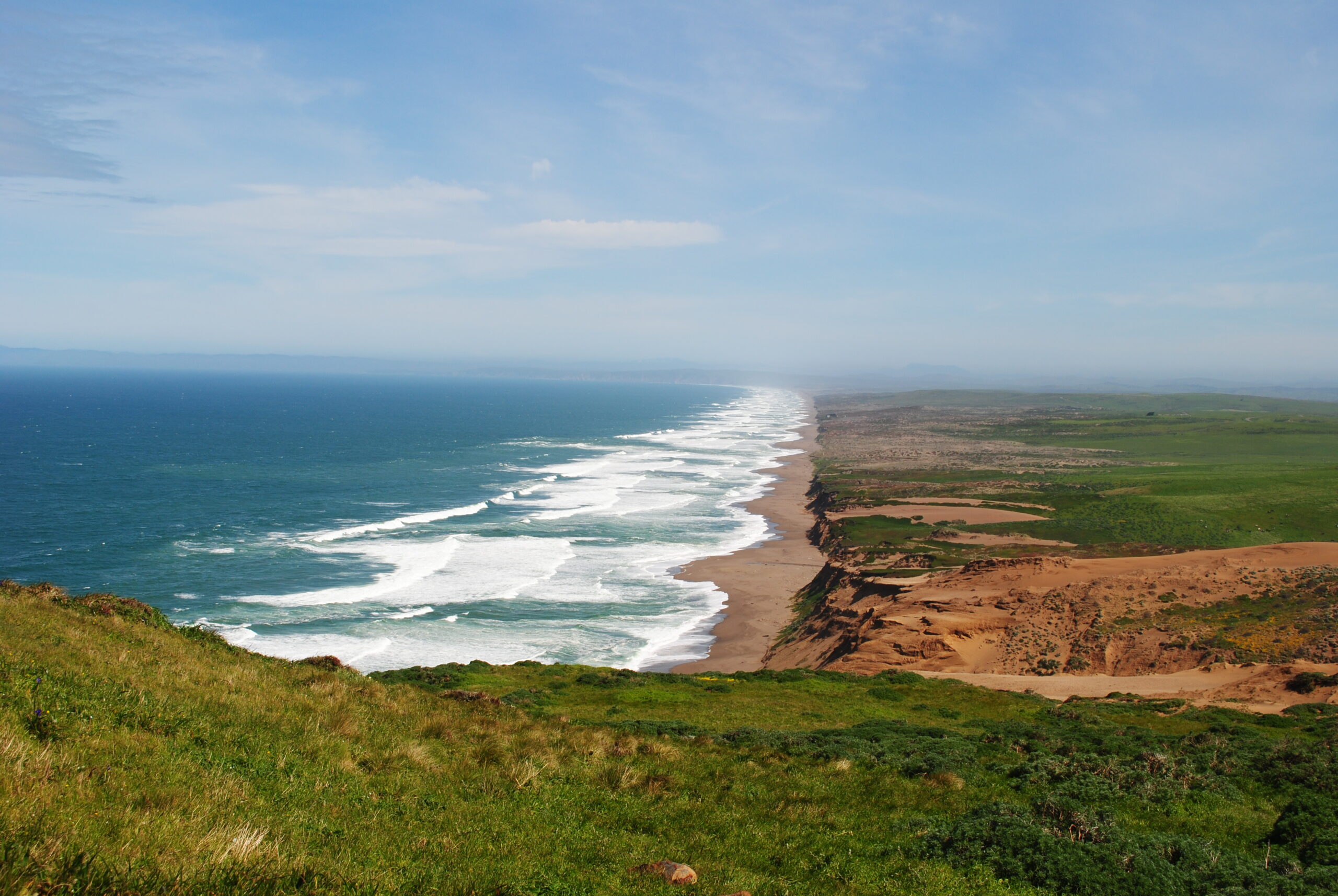 Point Reyes National Seashore—In 2015, the Point Reyes National Seashore administration withdrew a National Historic Register proposal which would have protected and preserved more than 150 Miwok Indian archeological sites dating back thousands of years. The Park Service unilaterally rejected its own proposal to establish an Indigenous Archeological District, and fast-tracked approval of an “Historic Dairy Ranching District” proposal. That designation justifies continuing ranching operations that are known to harm the Park’s environment and many Indigenous archeological sites, according to an in-depth investigative article in the Pacific Sun  (https://pacificsun.com/tamal-huye-coast-miwoks-fight-for-recognition-of-point-reyes-indigenous-history/) by investigative reporter Peter Byrne.

The rejection of the Indigenous District nomination for the National Register occurred as the Point Reyes National Seashore administration was under pressure from politically-connected ranchers. Several local and federal politicians are advocating for the continued expansion of ranching inside the National Park Seashore. The park management’s proposed changes to its General Management Plan include meeting rancher demands for new 20-year, perpetually renewable leases, expanded ranching options, and culling of native elk who compete with cattle for forage grasses (see https://www.sfchronicle.com/local/article/Point-Reyes-plan-for-cattle-ranches-elk-herds-16118885.php and https://www.latimes.com/california/story/2021-04-14/scores-of-tule-elk-died-at-point-reyes-national-seashore). That plan for continuation of ranching at the Seashore has been roundly rejected by members of the public in more than 50,000 public comments submitted to the Park Service and the California Coastal Commission.

Byrne’s story details how the “historic” designation for the modernized ranches is not only a boon for the Park Service’s public relations campaign supporting rancher demands, but it also creates federal tax credits that can potentially benefit the commercial ranchers, whose operations are heavily subsidized by the Park Service with below market rents and infrastructure.

According to Byrne, the Miwok Historic proposal submitted by Point Reyes National Seashore in 2008 was based on decades of archeological studies documenting more than 150 Indigenous sites including “villages, food-processing camps, rock shelters, house pits, hunting blinds and stone tool remnants dating back thousands of years throughout the 71,000-acre National Seashore.”

Byrne’s investigation discovered scientific studies revealing that “many Indigenous archeological sites inside park boundaries have long been violated by ranching and the construction of roads trails and facilities serving tourists.”

The Indigenous Archeological District proposal languished for seven years, until 2015, when it was withdrawn and replaced with a “Historic Dairy Ranching District” proposal that was fast-tracked and approved. Studies show that cattle ranching presents a threat to known and unknown archeological sites at the Seashore dating as far back as 10,000 Before Present.

Byrne’s story quotes from the withdrawn Point Reyes National Seashore proposal to the National Register of Historic Places which states, “Point Reyes became Rancho lands, with huge herds of cattle initiating the destruction of the Native resource base…”

He quotes the testimony of Theresa Harlan to a recent meeting of the California Coastal Commission that examined the Park Service plan to extend ranching activities in the park in perpetuity. Harlan’s mother and grandmother were born and raised at Laird’s Landing in Point Reyes which is an ancient Coast Miwok habitation site. She asked, “Why is a 100-year-plus dairy-ranching history more valuable than a Coast Miwok history of 10,000 years? You have a decision to either protect Coast Miwok archeological sites, or to add to the erasure of the Coast Miwok archeological record.”

In light of the documented damaging impacts of ranching in the Park of habitat destruction, chronic water pollution, and release of greenhouse gasses from 5,500 cattle, environmental organizations were demanding accountability from the Seashore to meet the mission of the National Park Service: “to preserve unimpaired the natural and cultural resources and values of the national park system for the enjoyment, education, and inspiration of this and future generations.”

“The Park Service is trying to erase indigenous history in service of promoting the myth that cattle ranching was the original use of the Point Reyes peninsula,” said Jeff Miller, a senior conservation advocate with the Center for Biological Diversity. “This manifest destiny mentality should not be allowed to guide the management of our national park, but unfortunately it continues in the Park Service proposal to slaughter tule elk to benefit private cattle ranching.”

“This bait and switch sham by the National Seashore is outrageous and can’t be allowed to stand,” said Deborah Moskowitz, President of Resource Renewal Institute, one of three organizations who sued Point Reyes National Seashore over the destruction caused by ranching in the Park (see https://pacificsun.com/apocalypse-cow-the-future-of-life-at-point-reyes-national-park/).

Harlan said, “The NPS withdrawal of the Indigenous Archaeological District nomination means that it lays buried like Coast Miwok existence and human remains at PRNS. My family and I feel torment when visiting PRNS and see sign after sign for historic ranches. Torment because Coast Miwok people were only ‘important’ for their labor and not for their traditional ecological knowledge and world beliefs. Torment because Coast Miwok people were driven off the western shores of Tomales Bay. NPS has an opportunity to tell the full story that includes more than a hint of Coast Miwok history by reviving the Indigenous Archaeological District nomination. Now is the time for my mom’s family and ancestors to not only be recognized for their persistence to survive waves of outsider disruption but for their tenacity to hold on as Tomales Bay Indians i.e., Coast Miwoks.”

“As the truth about the politics that permeates this entire Park management plan continues to be exposed, we are hopeful that Secretary Haaland and the Biden administration will send Point Reyes National Seashore Management Plan back to the drawing board to put forth a fair and environmentally sound plan to truly protect the public trust and allows for Indigenous stewardship of this irreplaceable archeological and ecological treasure,” said Todd Steiner, executive director of Turtle Island Restoration Network, one of 100 organizations opposing the proposed Seashore management plan that will allow the continuation of harmful ranching practices inside a National Park.