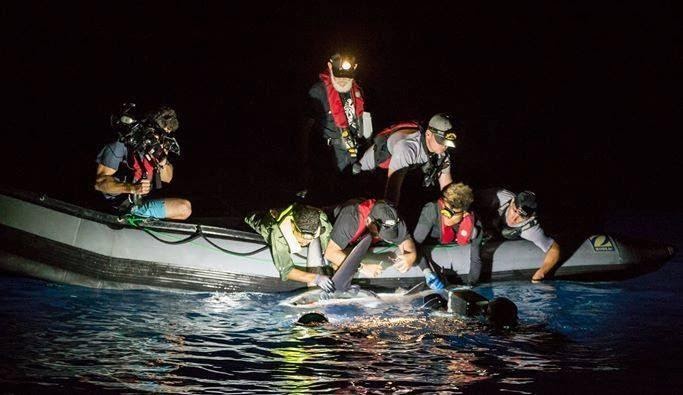 Researchers tag a thresher shark at Las Gemelas Seamount to track its movements.

Marine scientists used a submarine to place two acoustic receivers 600 feet deep at the top of the Las Gemelas Seamount on May 5, 2015 to complement its array at Cocos Island. An acoustic tag was surgically implanted into a thresher shark that was caught that same day at Las Gemelas. Three days later (on May 8) a female scalloped hammerhead shark was externally tagged at Cocos Island using scuba and a pole spear. The researchers returned to Las Gemelas to recover the acoustic receivers on August 23, 2016. While the thresher shark showed to remain a resident at Las Gemelas, the hammerhead made persistent back and forth movements between the marine protected areas, a distance of 80 kilometers, between May 2015 and May 2016.

“We are excited to provide the first information showing shark connectivity between Cocos Island and Las Gemelas seamount, suggesting the need to provide greater protection at seamounts and along migration routes when highly migratory species move beyond the protections afforded by single, site-specific no-take zones,” said Elpis J. Chavez, the senior author of the study. 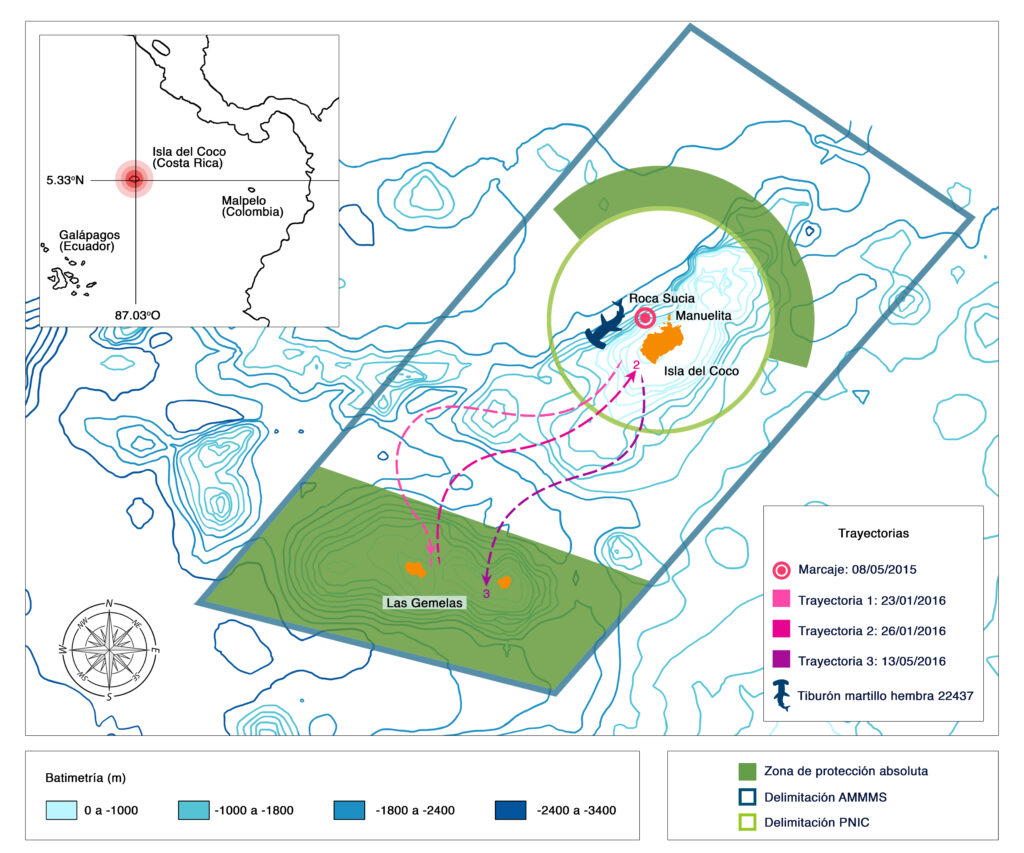 Movements of scalloped hammerhead shark ID 22437 between Cocos Island National Park and the Seamounts Marine Management Area during May 2015 and May 2016. Dotted lines suggest the potential shark’s trajectory.

Seamounts and oceanic islands are known as hotspots of pelagic biodiversity, which highly migratory species use as natural biological corridors. Although marine protected areas have been established in the Eastern Tropical Pacific with a goal to protect and manage the region’s marine biodiversity, not all utilize or enforce a no-take policy, and none are capable of protecting highly mobile species once they move outside of the limit of these areas.

“There is no doubt that the no-take area surrounding Cocos Island is too small to provide efficient protection of critically endangered hammerhead sharks,” said Randall Arauz, international policy director of Fins Attached Marine Research and Conservation.  “No fishing should be allowed between Cocos Island and Las Gemelas Seamount, nor in a radius of at least 40 miles surrounding neighboring seamounts where hammerhead sharks are known to aggregate.”

“This research helps build the case for the need to create swimways between marine protected areas to protect the migratory route of hammerhead sharks and other species that have shown to move between biodiversity hotspots,” said Todd Steiner, one of the authors and executive director of Turtle Island Restoration Network. “Other research now shows that at least two other species of shark and two species of sea turtle also migrate between Costa Rica’s Cocos Island National Park and Ecuador’s Galapagos National Park, confirming the need for greater protections.” 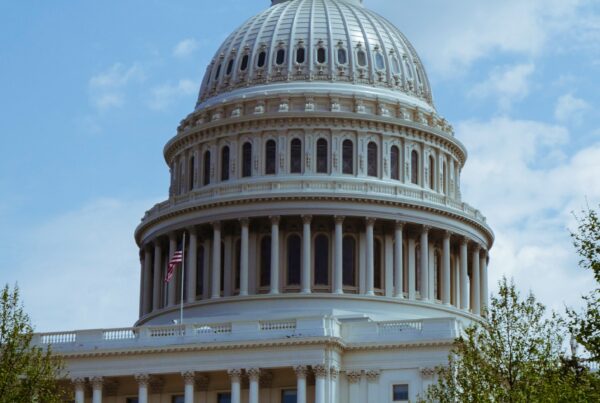