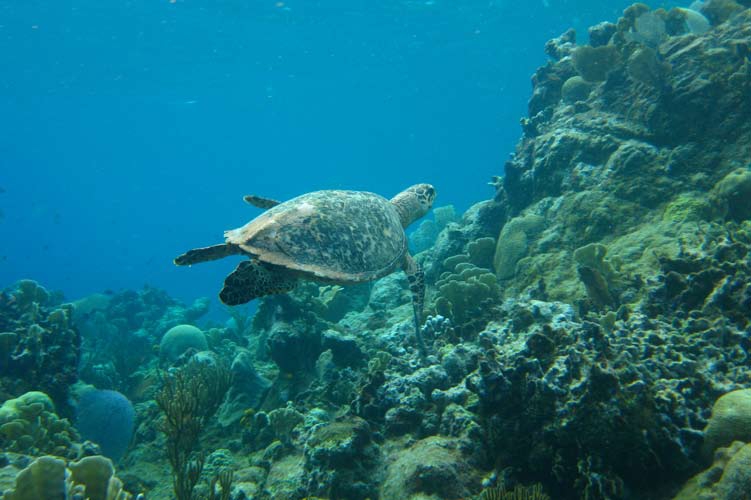 Echoes Scientist’s Call for a Moratorium
San Francisco, California—A panel of experts of the United Nations Food and Agriculture Organization just released a report that recommended closing fisheries that pose the greatest threat to critically endangered Pacific leatherback and loggerhead sea turtles. In order to address the threat of extinction of leatherback and loggerheads, the panel of experts also recommended that “eco labels” be introduced, fishing effort reduced and financial support be directed towards developing countries to support conservation efforts.

“This is a critically important first step in protecting the world’s sea turtles from extinction” explains Robert Ovetz, PhD, Save the Leatherback Campaign Coordinator with the Sea Turtle Restoration Project. The advance copy of the report of the Expert Consultation on Interactions Between Sea Turtles and Fisheries Within an Ecosystem Context, which met in Rome, Italy 9-12 March, was released June 18th. The report urges that fisheries, including gillnets and longlines, that pose the worst threats to sea turtles should be subjected to closures.

“The worst fisheries, such as gillnetting and longlining, need to be shut down until they clean up their act,” says Ovetz. This recommendation for closures echoes statements by scientists and conservation leaders urging the UN to protect leatherback and loggerhead sea turtles by immediately implementing a Pacific-wide moratorium on gillnets and longlines. Currently, 622 scientists from 54 countries, including the renowned biologist E.O. Wilson, and representatives of 173 non-governmental organizations from 35 countries have joined this call to the UN.

High seas longlining for tuna, swordfish and shark receives particular wrath in the report, which documents that more than 60,000 sea turtles are caught and as many as 30,000 killed by longlining in the Mediterranean Sea alone. Longlines in both coastal and offshore global fisheries are identified as “high” threats to the survival of endangered leatherback and loggerhead sea turtles.

“The Pacific leatherback population is teetering on the verge of extinction, so the FAO has made the right move calling for closing the worst fisheries,” says Todd Steiner, Director of the Sea Turtle Restoration Project. Nesting female Pacific leatherbacks have declined by 95% since 1980. A recent study in the scientific journal Ecology Letters estimates that worldwide, 200,000 critically endangered loggerheads and 50,000 critically endangered leatherbacks are caught each year by longlines. The authors estimate that 3600 to 9200 loggerhead and leatherback sea turtles were killed by longlines in the Pacific in 2000. Scientists have warned that the Pacific leatherback could go extinct within the next 5-20 years unless immediate action is taken to reverse their slide into oblivion. One of those actions is to impose a Pacific-wide moratorium on longline fishing.

In addition to sea turtles, an estimated 4 million whales, dolphins, sharks, sea birds, billfish, sea lions and other marine species are maimed and killed by longlines each year in just the Pacific according to a new documentary film and report to be released soon by the Sea Turtle Restoration Project.

The report by the FAO panel of experts also echoes a recommendation by the Convention on Biological Diversity in the Jakarta Mandate for an “interim prohibition of destructive practices” adversely impacting marine biological diversity.

A copy of the scientist statement of concern is available at:downloads/master_UNscientistltr_4_doc.pdf

A copy of the NGO statement of concern is available at:
downloads/master_NGOltr_3_doc.pdf

For a copy of our forthcoming documentary and report please contact Robert Ovetz, PhD at: robert@seaturtles.org

The Sea Turtle Restoration Project is an international marine environmental organization headquartered in Forest Knolls, CA and with offices in Costa Rica and Texas. The organization focuses on protecting and restoring marine wildlife in ways that address the needs of local communities. The Sea Turtle Restoration Project (www.seaturtles.org) is a project of Turtle Island Restoration Network, which also sponsors the Salmon Protection and Watershed Network (www.spawnusa.org) to protect endangered coho salmon. See www.seaturtles.org and www.savetheleatherback.com for more information.